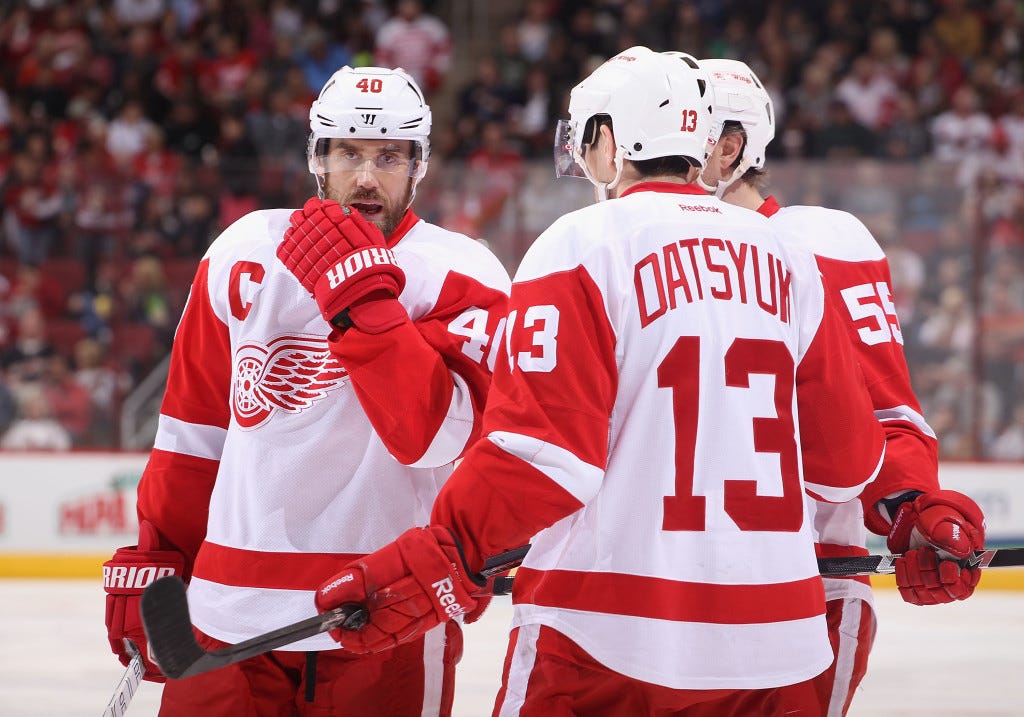 The shootout has been a hot contention in the NHL since it was first implemented back in the 05-06 season. So this season, the NHL going from a 4-on-4 overtime to a 3-on-3 in hopes that this will drastically reduce the amount of games that go into a shootout. Now we’re just 20 days away from the first puck drop and and training camps getting underway. Teams are now trying to figure out how the best way to take on the new 3-on-3 format will be; do you go with 2 forwards and 1 defenseman? Do you go 2 defensemen and hope to spring the 1 forward on a break? Do you just go with an all out attack of 3 forwards? It’ll definitely be a team-by-team basis, but as of right now, here are the deadliest 3-on-3 overtime line combinations in the league. 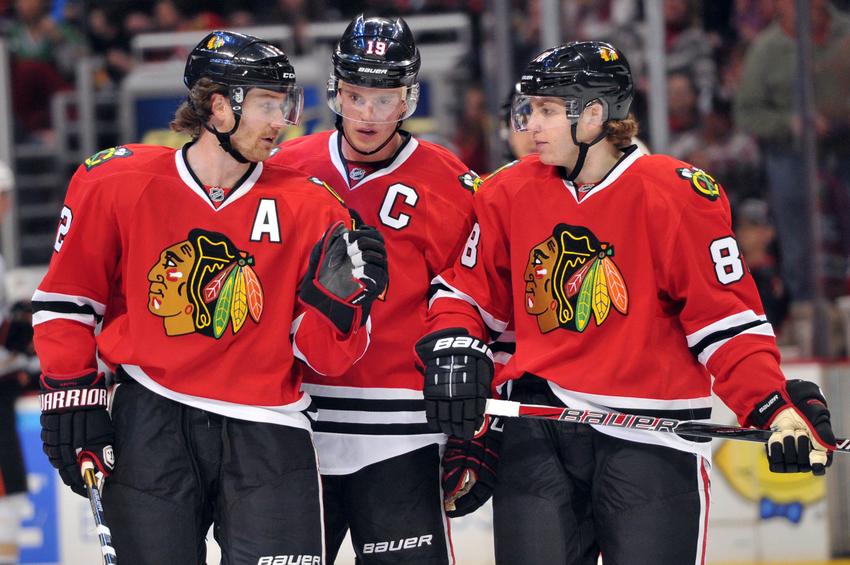 The 2013, 2010 and 2015 Conn Smythe Trophy winners respectively. Honestly, I don’t think I even need to talk about how unreal this combo is. Patrick Kane is one of the most clutch athletes not just in the NHL, but in all of professional sports. Jonathan Toews is hands down the best center in the NHL and if he played defense he could probably end up with the Norris if he wanted. Duncan Keith is a stud and if last year’s playoffs taught us anything, it’s that he can play a full 120 minutes without needing to get off the ice once. 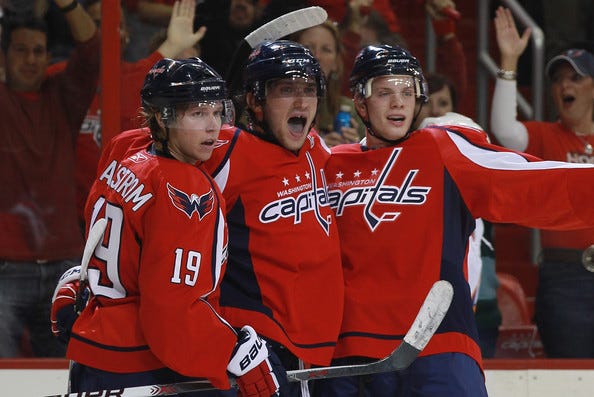 I’ll stand by my claim until the day that I die that no team will ever win the Stanley Cup with a Russian captain. It just won’t happen. With that being said, a team with a Russian captain can 10000% slay in a 3-on-3 overtime. Love him or hate him, Alex Ovechkin is the most electric player in the NHL. He may not be the greatest player in his own zone, though his game has changed a bit with Trotz, but he’s a guy who can score whenever he damn well pleases. He and Backstrom together are a brutal 1-2 punch for opposing teams to go up against and John Carlson is American. And Americans kick ass. (2010 World Juniors gold medal game. Never forget.) 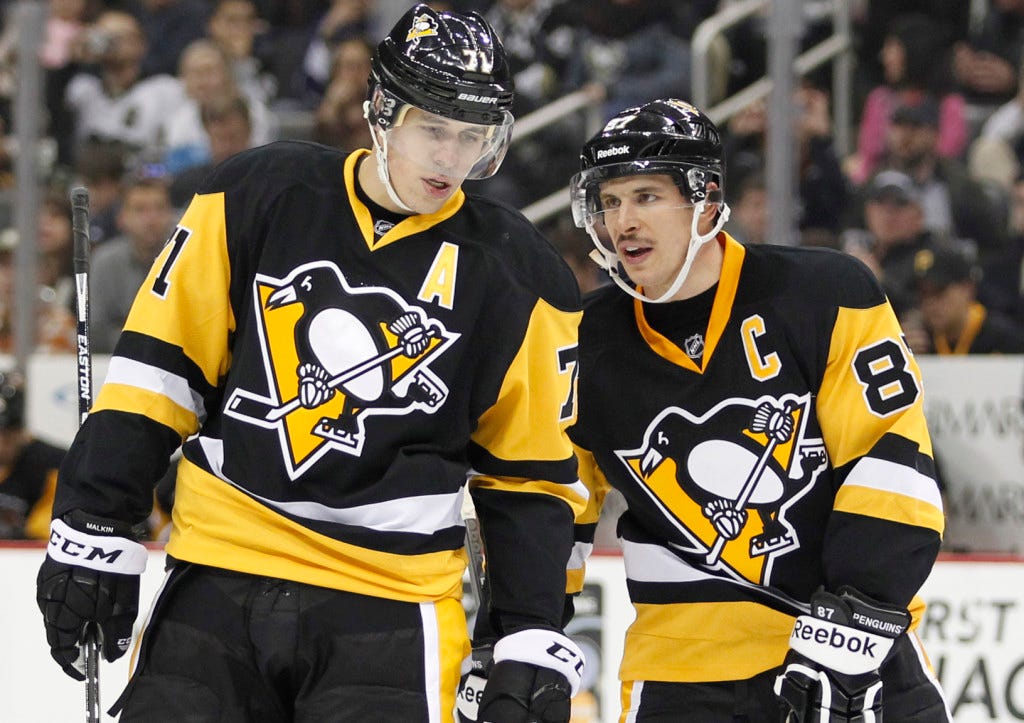 You could also put Letang in there somewhere but as soon as Pittsburgh made that trade for Phat Phil, this is exactly what everyone was thinking about. 3 of the best goal scorers in the league together on one team. As long as they get the puck first, it’s game over. If they have to drop back and play D, then maybe it’s a different story. But still. I’m just thankful that the Flyers will never have to face this trio because the Penguins will never take them to overtime. You can’t beat us.

Anaheim| Getzlaf – Perry – Almost Anybody Else 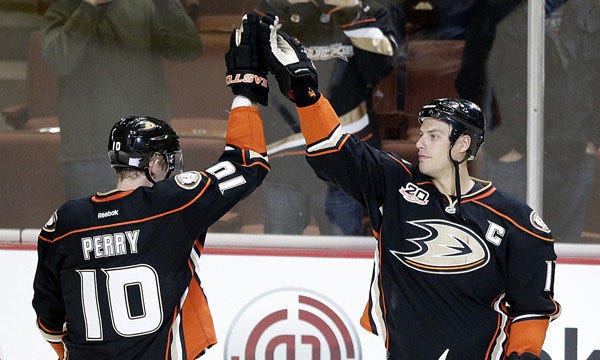 The way Perry and Getzlaf play together is pretty incredible. There’s so much chemistry there and they are able to score so many different ways it’s outrageous. Whenever they’re in the offensive zone together, the dude controlling the goal horn has to be on high alert. It sucks because Perry has such a punchable face and Getzlaf is bald, but they’re just so good.

The Dangerous But Not Lethal

I don’t know why but I’m just never 100% sold on the Kings. Even the years that they won the cup, I just never have a ton of faith in them. But when you have two guys who can put up numbers like Kopitar and Carter playing alongside of one of the top defensemen in the league, that’s a pretty solid situation to be in. Especially playing in front of that freakshow Jonathan Quick.

Just to make it clearn, Tyler Johnson’s playoff success last year was no fluke. Kid had a helluva regular season as well and as I said yesterday, Steven Stamkos is the type of player who deserves $10 million at a bare minimum. Hedman is also quickly becoming one of the more dominant forces on the blueline and can “headman” the puck with the best of them (I hate myself). This group just doesn’t have a stellar goalie to play in front of so they’re not quite automatic. 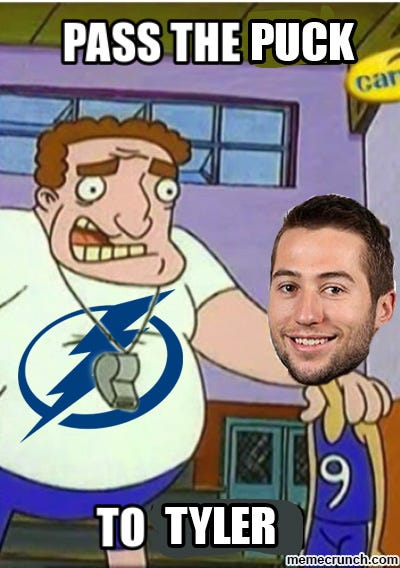 When I was first putting this list together, I almost forgot that Mike Green ended up in Detroit this offseason. Once I remembered that though, this is a naaaaasty lineup. Sure, Datsyuk and Z are getting up there in age but this is just a 3-on-3 overtime we’re talking about here, not a full season. That’s so much open ice for Datsyuk to dance around with and Zetterberg just knows how to win. Teams better hope they beat Detroit in regulation this season or else they’re toast.

Okay, I’ve waited long enough to bring up this trio. Giroux and Voracek together are one of the best scoring tandems in the NHL. I’d say out of guys who play together, the only duos that are better would be Ovi/Backstrom and maybe Seguin/Benn. Last year we saw what Del Zotto can do offensively and at least half of his goals were game winners. He may be a bit of a liability in his own zone, but give MDZ some open space to work with and he’ll snipe away. Holtby knows what I’m talking about.

I hate the Sedins so much. I hate the Canucks so much. I almost didn’t even want to put them on this list at all because of how much I hate them. This hurts even more than putting the Pittsburgh and Washington trios in the first tier. But I have to keep some shred of credibility here and give them the respect they deserve. So whatever.

This is almost like the JV version of Chicago’s trio. Having Backes out there is almost like going with 2 defensemen. Tarasenko is an up and comer who can turn any play into a highlight reel. And Pietrangelo can eat some ice and light the lamp as well. They’re just not Chicago level though. Also, is Tarasenko on steroids? I’d like to get that kid tested. 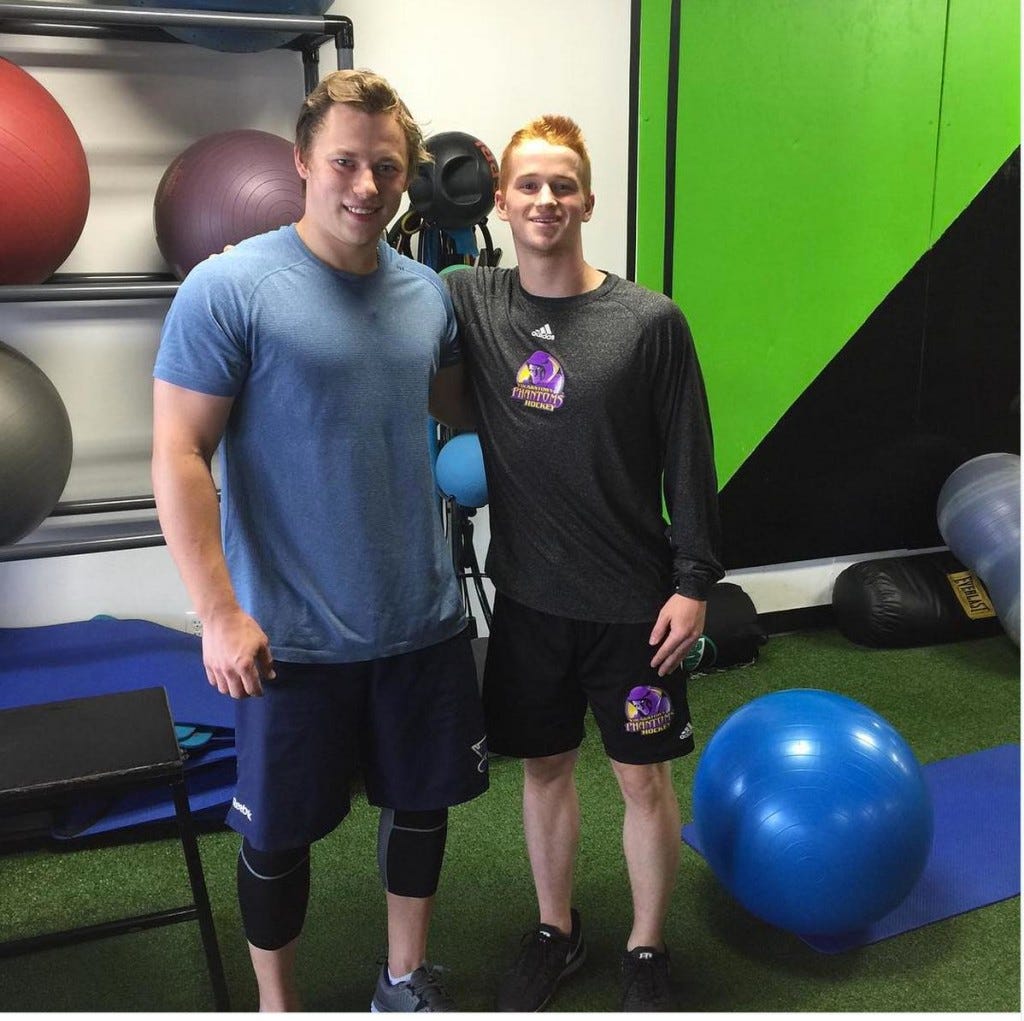 I liked it a lot better when Rick Nash looked like he was going to be a total bum in New York. But he had himself quite the season last year and finally started to look like the Rick Nash that everyone started to blow in Columbus. I still think he’s grossly overrated but put him out there with Kreider and Kreider’s huge cock and you have yourself a solid combo. McDonagh can also play on both ends of the ice and having him back there on D with Hank between the pipes is going to make it very difficult for opposing teams to get that OT win. 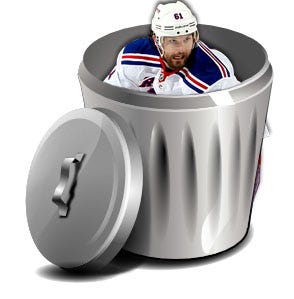 The Good Not Great

Not sure if all 3 in this group can legally drink yet but they’re still pretty damn electric.

Tavares is a top tier player in the NHL, the rest in this group are decent.

I like it. But again, this is just good not great.

And that should just about do it. Did I name a shit ton of different combinations which was a lot easier than having to make some difficult decisions in creating a top 10? Yeah. But if I made this a top 10, I’d have a million different people telling me that I’m an asshole for leaving out so-and-so. And I’m sure there will still be some combinations that I left off this list (i.e. Forsberg – Weber – Jones). But all that means is that the majority of teams in the NHL at least have 3 studs that they can throw out there for a 3-on-3 overtime which means this is going to be exciting as hell to watch. Can’t wait. 20 more days.

Update: I have Benn – Seguin – Klingberg written down on the list I made before I started writing and then just completely forgot to throw them in here. Anyway, I’d put them in the 2nd tier. Still not sold on Klingberg but Benn and Seguin are obviously tops.

Other good ones: Kane – Eichel – O’Reilly. Some sort of combination of the Oilers last 10 #1 overall picks. Even though the Oilers will still suck.