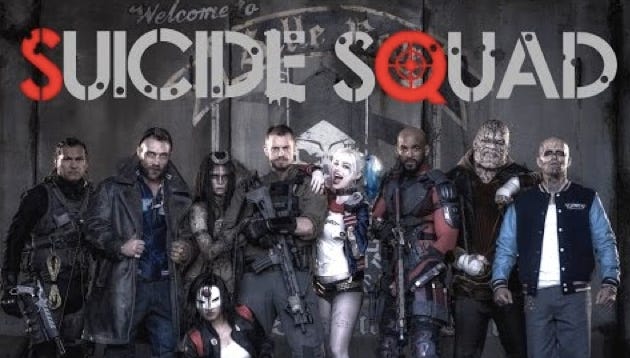 So yesterday on the rundown we discussed the idea of a Suicide Squad. For the uninitiated, it’s a group that people can join and if/when they decide to kill themselves, they blame it on a particular thing. For instance, yesterday the cause would have been the ESPN emoji bit. If ten people killed themselves last night and blamed it on that, there’s no chance they air it again. We would have defeated that evil.

Now I know what I’m saying is pretty dark. It’s a macabre situation, I’ll admit that. But we’re not encouraging anyone to kill themselves. It’s just that when you decide it’s your time, you shoot us a text and we’ll tell you who or what to blame it on. If you want to change the world you have to get your hands a little dirty, and one noose at a time we could very well do that. Don’t want anymore ESPN emoji segments? 10 people will get that off air. Think Marty Walsh banning dip is bullshit? 100 people. You can change anything you want if enough people to kill themselves in its name. Skip and Stephen A? Gone. Nickleback? Gone. Too many ads on Barstool? Probably not gone, but you get the point.

Things don’t change by themselves, they only change due to media backlash. What better backlash is there than death? You think Deflategate would’ve gone on so long if The New York Times is running “The NFL Is Driving People to Suicide” front page stories every day? Fuck no. They’d wrap that shit up in a heartbeat.

So I suggest everyone join. We get a pot of money, a fee to join, and start shelling it out to those people who decide they’ve had enough. They leave it for their family, and more importantly, they leave a better world for everyone.