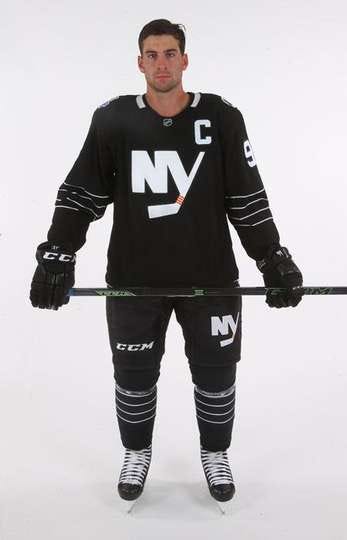 (Note: This is not a widespread thought. Not like the entire Isles fan base was like “ISIS! THATS ISIS!” But I saw some of these reactions and the overall dramatic reaction to the Islanders thirds so thats what this is more about)

Listen I understand the culture behind jerseys and fashion on the court/field/ice is a big deal. Every time Kmarko blogs new unis, people go nuts. Its an important part of the team image.

I also understand these jerseys are a little blah. I dont understand the obsession at the Barclays center with white and black. I think this was something inspired by Jay Z at the time of his ownership and for some reason the arena has adopted it as like their must-have color scheme. Ive said it before, it makes no sense. The Rangers and Knicks share a building, one wears red and blue, one wears blue and orange. I dont see why everything inside that building needs to have some alliance with this black and white theme. It screams try hard to me. Like the Barclays Center has to do this unique minimalistic fashionable black and white thing. Dumb.

And I also understand that right now Isles fans are afraid of change and this departure from their regular sweaters for another lame third is upsetting to the diehards.

But can we calm down? Especially these fucking lunatics talking about ISIS? I mean Jesus Christ. My first thought was that they looked like the Iceland jerseys from Mighty Ducks, not one of the most deplorable terrorist groups on earth. These are hockey jerseys that are going to be worn like 15 times total this year. Everybody CALM DOWN.

Bottom line to me – Dont care what building youre in or what you’re wearing, just win. The Islanders can wear pink and yellow for all I care if they win the Metro. Dont worry about how sexy the jerseys look when the team on the ice takes care of that with their performance. Give JT a puck, a stick and a net and he’ll make hockey sexy, no matter what his jersey looks like. Give me Matty Martin’s man-bun and the blood of the opposing players mouths all over those thirds and those jerseys look beautiful.

Were they the coolest jerseys ever? No. But thats not what truly matters. And they arent fucking ISIS you maniacs.

Now whats really important is that we establish the Barclays Center as the New Barn for these guys. Give them a new home ice advantage. If you’re an Isles Stoolie, get involved in our Barstool At The Barclays outings. 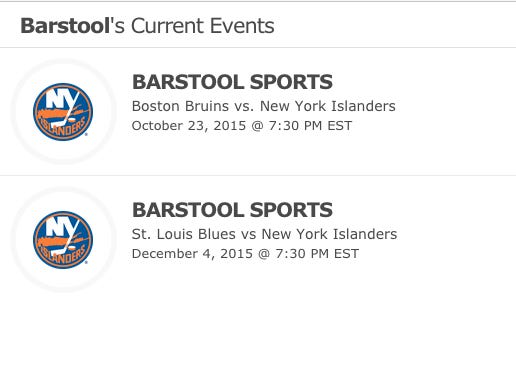 CLICK HERE TO BUY TICKETS TO ISLES VS BRUINS OCT 23

CLICK HERE TO BUY TICKETS TO ISLES VS BLUES DEC 4