[I hopped on the Bolts Bandwagon last year during the playoffs and have no intentions of getting off. Especially since the Flyers almost certainly won’t be contenders this year. ]

Steven Stamkos is one of, if not the, best snipers in the NHL. At 25-years-old he has 498 NHL career points in 492 NHL career games. If you’re like me and numbers scare you, well then we’ll just say that Steven Stamkos is really fucking good. So this was a pretty cool video and I think we can all relate to Stamkos here. All these personal drones are getting just a little out of hand. Everywhere you turn some little shithead is flying one around to make yet another shitty time lapse video of nothing. Shoutout to Stamkos for finally doing what we’d all like to do snd start picking them out of the sky. But one thing that really stood out here? 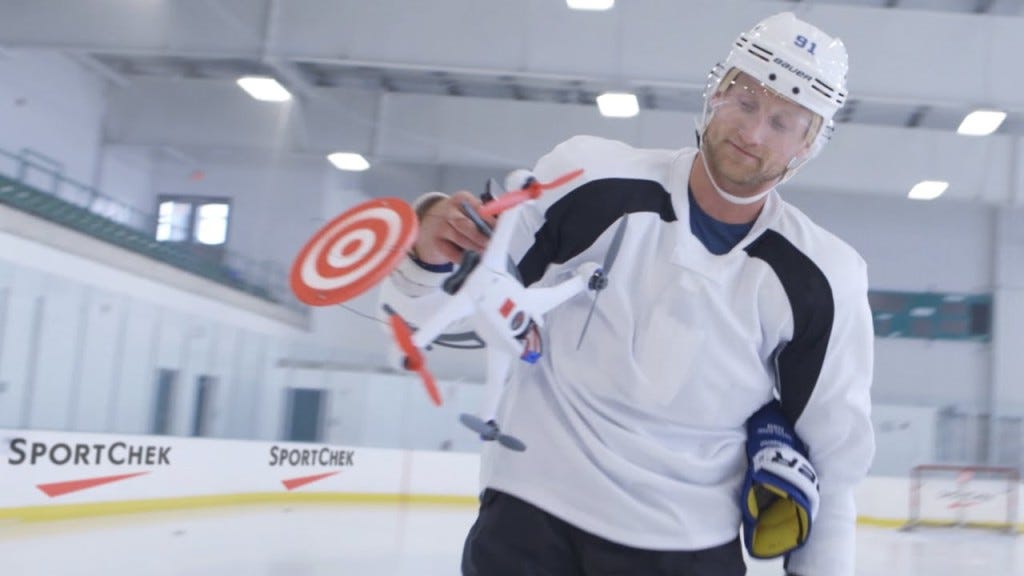 Blank jersey? Could mean something, could mean nothing at all. But we still have one of the top players in the NHL about to head into training camp without getting inked to a long term extension from the Bolts. So let’s talk about that real quick because when you have a 50-goal-scorer heading into a contract year, you’d think it would be a no brainer to just give him a blank check at this point. 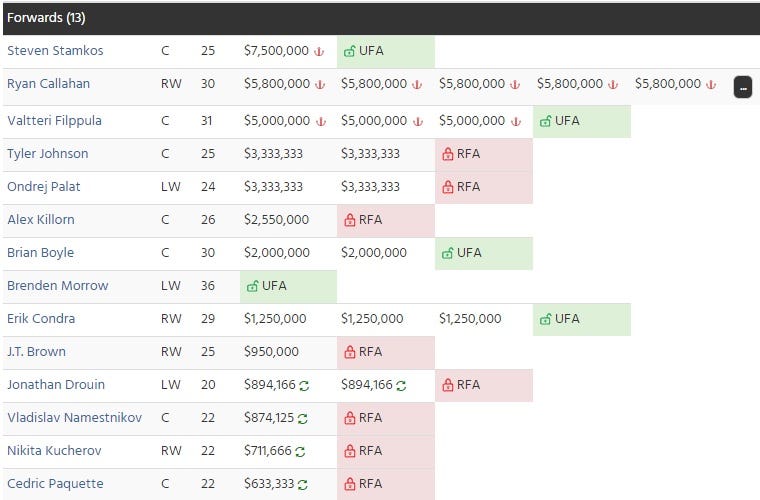 Here’s what the Tampa Bay Lighting are looking like offensively this year in terms of salary. With the caliber of player that Steven Stamkos is, you’d have to imagine that his next contract is somewhere close to the Kane/Toews range of 10.5. Maybe drop it to 10 but that’s about as low as I think you can possibly go for Steven Stamkos. Now some important names to look at on this list are obviously the triplets; Tyler Johnson, Ondrej Palat and Nikita Kucherov. These are the guys who carried Tampa through the playoffs last year when Stamkos wasn’t able to produce as much offensively. These guys have something to them and it should be interesting to see if they can keep that chemistry going through the season this year. But TyJo’s contract is up in 2017, Palat is up in 2017 and Kucherov is up after this season. Tyler Johnson is going to come at a much steeper price if he continues to do what he did in the playoffs and the same with Palat. Combine the fact that Victor Hedman’s $4 million AAV contract is up in 2017 as well and now we have some issues because he’s also going to require a hefty pay bump.

Stamkos is going to get the money that he deserves. But that means that if Tampa gives him that money, they’re going to need to let a guy like Johnson or Hedman walk after 2017. They’re already up against the cap enough as is, and they have all these young guys who are only going to get more expensive. If this situation seems a little familiar, it should. Because it’s exactly what Chicago went through this summer in having to trade away Saad and Sharp. So we’ll wait and see what Yzerman and Cooper end up doing with Stamkos. If I’m in that position, I say that he’s 100% more valuable to long-term success than Tyler Johnson and/or maybe Victor Hedman. But Tampa is taking their sweet old time with it right now and hopefully they end up waiting too long. Because I’d love for the Stamkos-to-Philly rumors that have been swirling around for the past 3 years to finally come true.