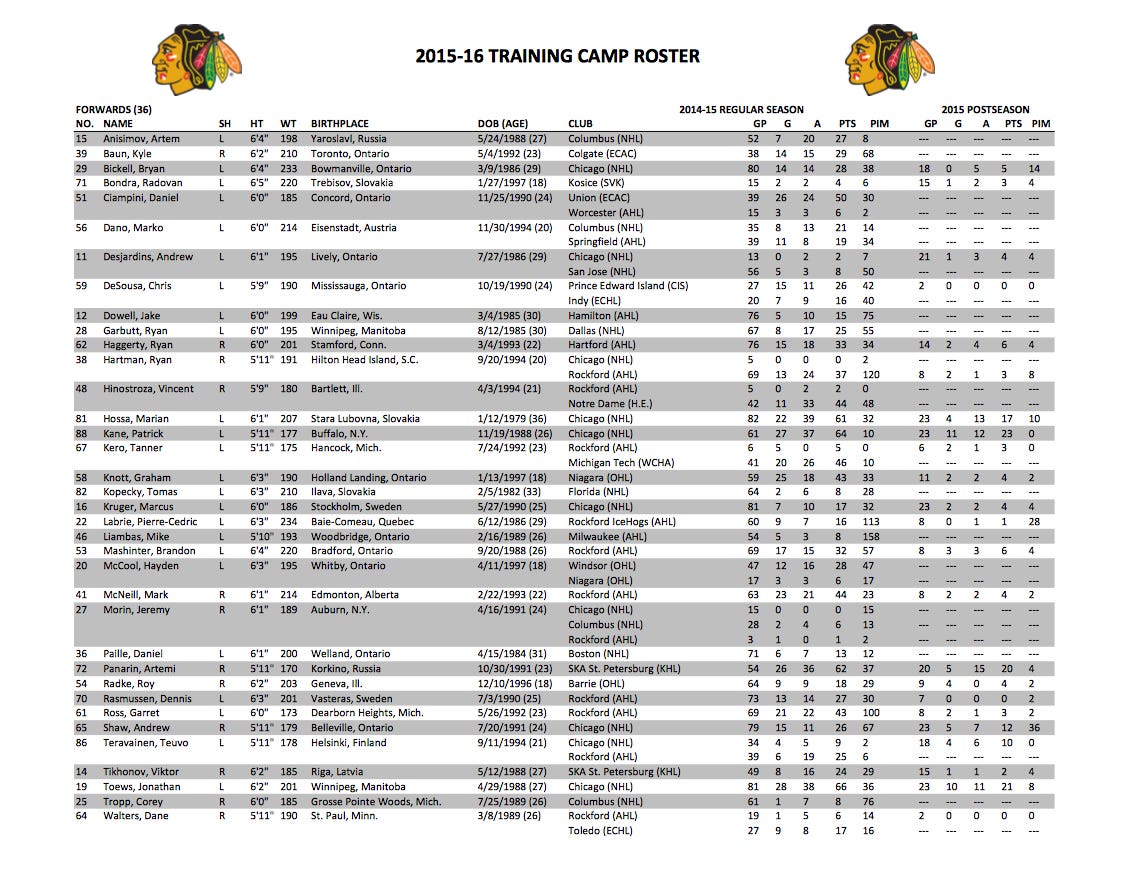 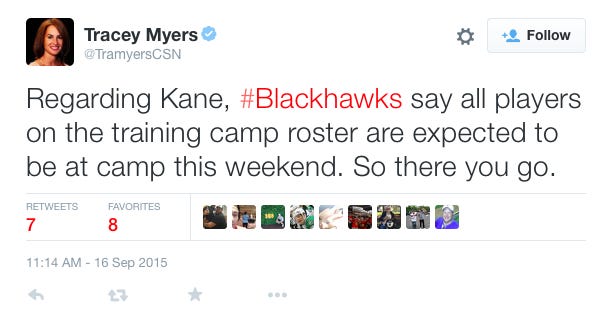 For an organization that is OBSESSED with their public image and how they market their stars this seems just a little strange, right? I’ve held firmly in my position from Day 1 that I don’t have any real facts on the manner and saying Patrick Kane is a rapist at this point is just as egregious as saying the alleged victim is out for a payday. Who the hell knows what happened and I’m not going to be a person to start screaming and yelling for one side or the other when I have zero facts on the matter. So in that same thought process I just assumed the Blackhawks would keep Patrick Kane away for the time being, until something official occurred concerning his case. I mean what exactly is the plan here? You bring him to camp, sit him in front of the media and have him say “no comment” 20 million times? This just feels like the wrong move, feels like it’s shortsighted. Does it really matter if Patrick Kane is at camp? If he’s guilty then you’ve just made a mistake of epic proportions and if he’s innocent it’s not like he forgot how to play hockey, a veteran of his ability missing camp isn’t the end of the world by any stretch of the imagination. Strange strange move, and I’ll tell you this much, the media in this town has been waiting for John McDonough, who runs his organizations with as tight of a lip as possible, to make a mistake. This seems like a big one to me. You can’t just pretend nothing has happened this summer and go on with business as usual.