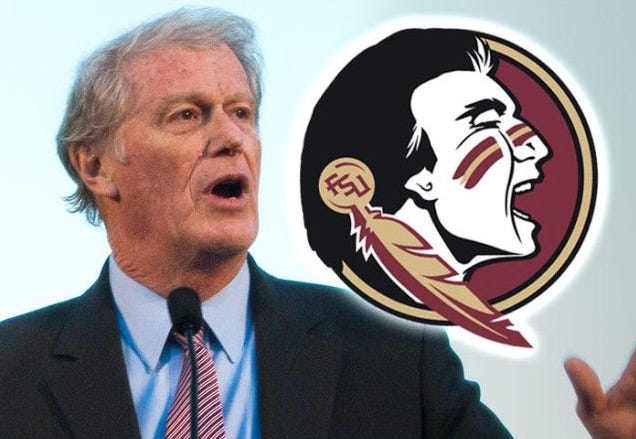 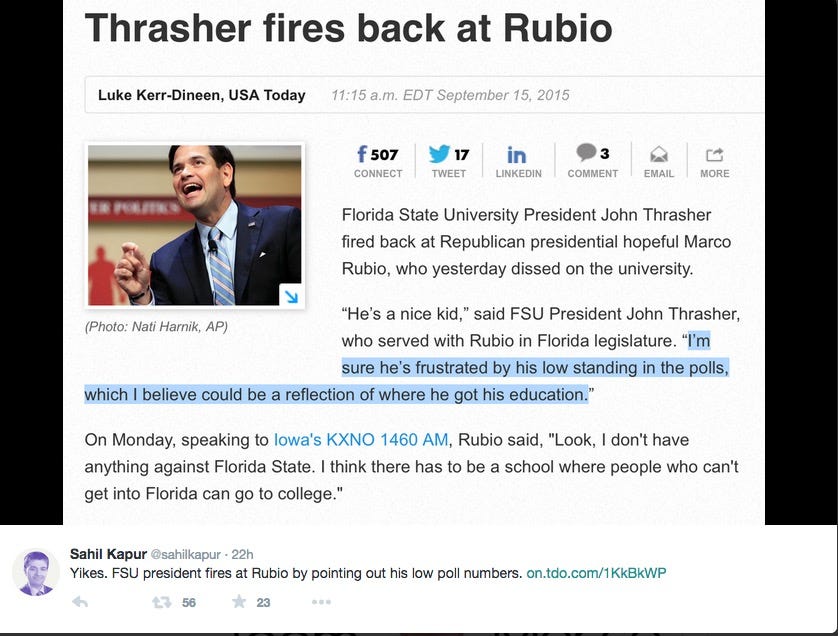 Rubio, a Florida undergraduate and Miami law school graduate, was asked about the Florida-Florida State rivalry while speaking to Iowa’s KXNO 1460 AM. He used it as a platform to alienate Florida State fans.

“Look, I don’t have anything against Florida State,” Rubio said. “I think there has to be a school where people that can’t get into Florida can go to college. And that’s why we have Florida State.”

Thrasher caught wind of the comments and fired back today.

“He’s a nice kid,” Thrasher said of Rubio. “I’m sure he’s frustrated by his low standing in the polls, which I believe could be a reflection of where he got his education.”

Listen I stand by what I said about Marco Rubio. I respect the hell out of the balls it took to trash talk FSU and take such a savage shot at them through the media, especially in a time where 99.999% of politicians are total pussies looking to play all sides of every angle just to get votes. No matter what you think about him politically, talking shit about college and sports is something we can all appreciate around here, and doing it from a Presidential platform is some next level stuff.

Having said that I have to give the win to FSU President John Thrasher here. Total fatality with his response. I mean calling something a safety school is subjective…calling out poll results is something concrete. You may think that FSU kids are dumber than UF kids…but Thrasher knows for a fact that you’re 4th-5th in the polls and 20+ points behind Donald Trump. He knows you’re in 4th place with support of GOP primary voters in your own god damn home state. Oh and half of them want you to drop out of the race altogether. That’s not trash talking that’s just facts only.

PS – Trolling from FSU Twitter and your own staffers is just icing on the cake. 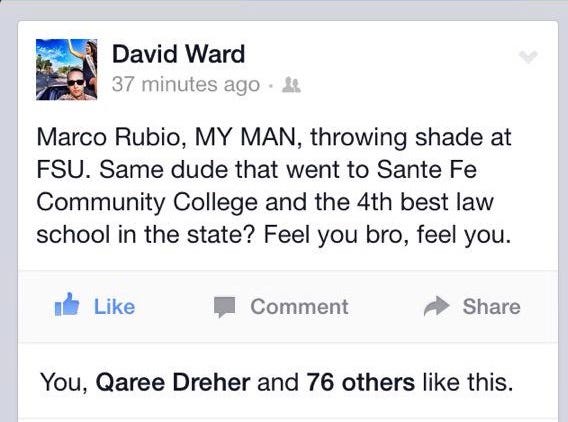