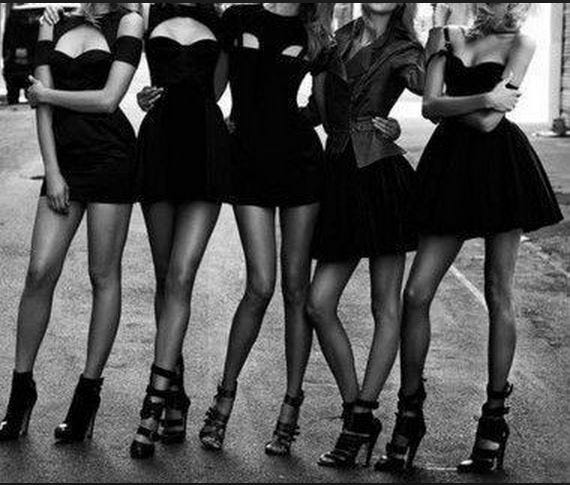 There are so many girls that you will meet or have met in college. Too many to count in fact. But, there are a few standard types of girls who your definitely going to encounter. Some good and some bad. They are as follows..

1. The girl who was a saint in high school.

She’s still a virgin, was on the honor roll, and didn’t drink a lot in high school. She is going to be a FUNN time in college. She’s going to turn into the drunk slut, probably.

2.The girl who isn’t used to one night stands.

Also known as the stage 5 clinger. She probably had guys she slept with all the time in high school but isn’t used to never being talked to again once she gives it up. This girl sucks, she’s a pain in the ass who’s a bigger pain in the ass to get rid of. Until she gets mad your ignoring her and sleeps with someone else to get “revenge” even though you could care less, then she’s someone else’s problem.

3. The girl who always has to have a boyfriend.

Which is the same girl who got a boyfriend opening weekend. Like 3 of your friends will probably date her. She knows if she doesn’t have a boyfriend, she’ll go crazy and have sex with anyone she sees.

The girl who is a flirt with every guy but won’t actually do anything.  You’ll meet this girl a lot in college. So don’t be surprised if your talking to/ kissing a girl all night and right before you’re about to ask her to go back to your place she leaves with all her friends.

5. The girl with a long term boyfriend.

Don’t waste your time on her. She’s already a housewife in training. She has her life planned out. If she’s been in a relationship for a long time its going to take wayyyy more effort than your prepared for/want to give to change that. She’s not worth it.