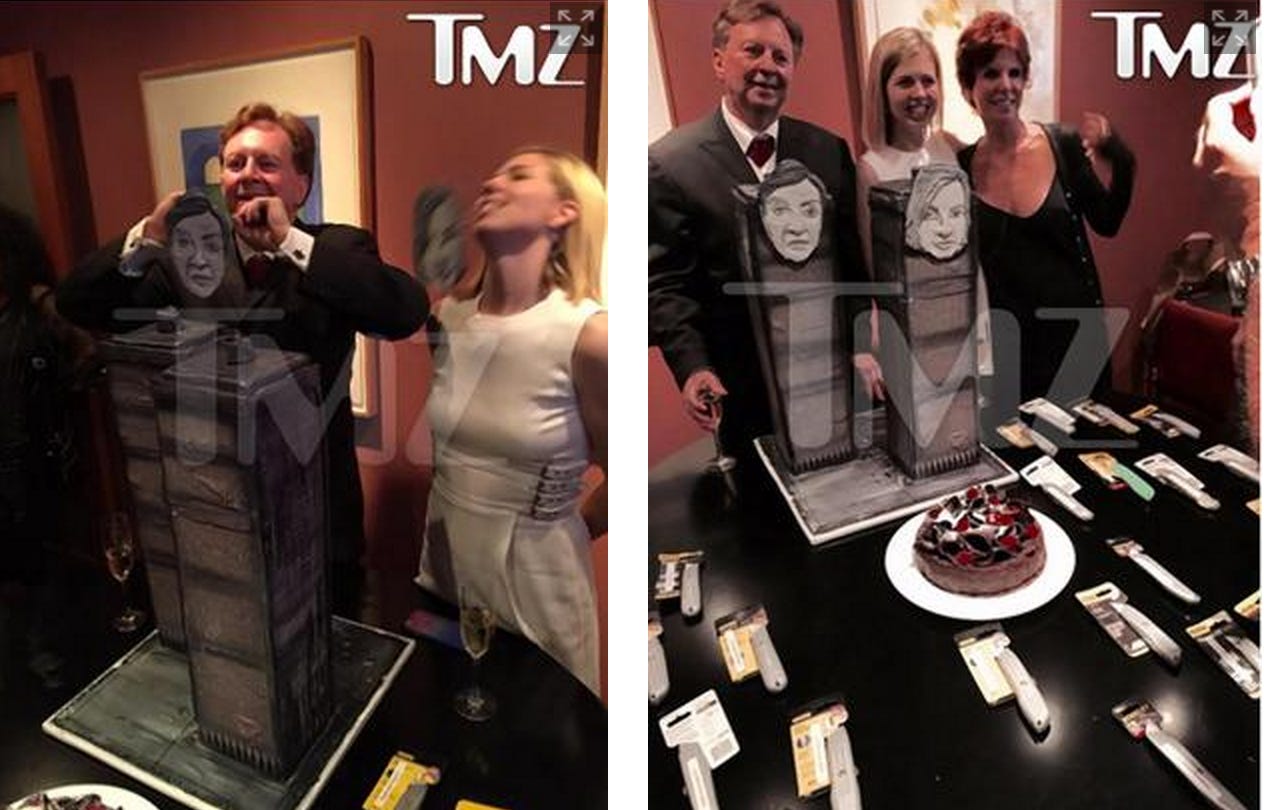 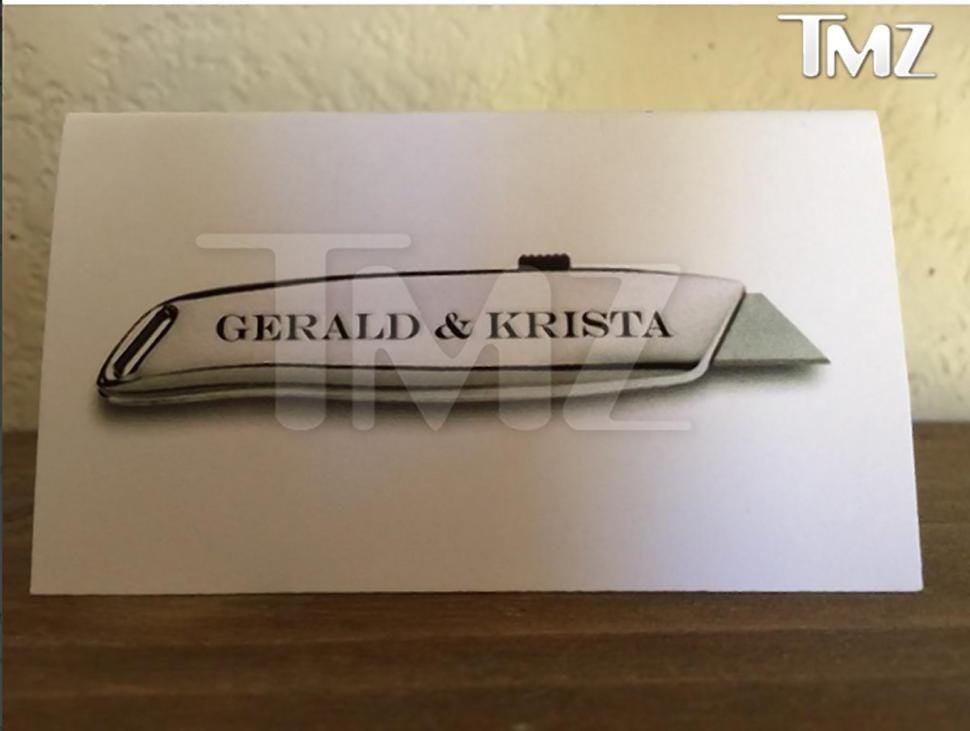 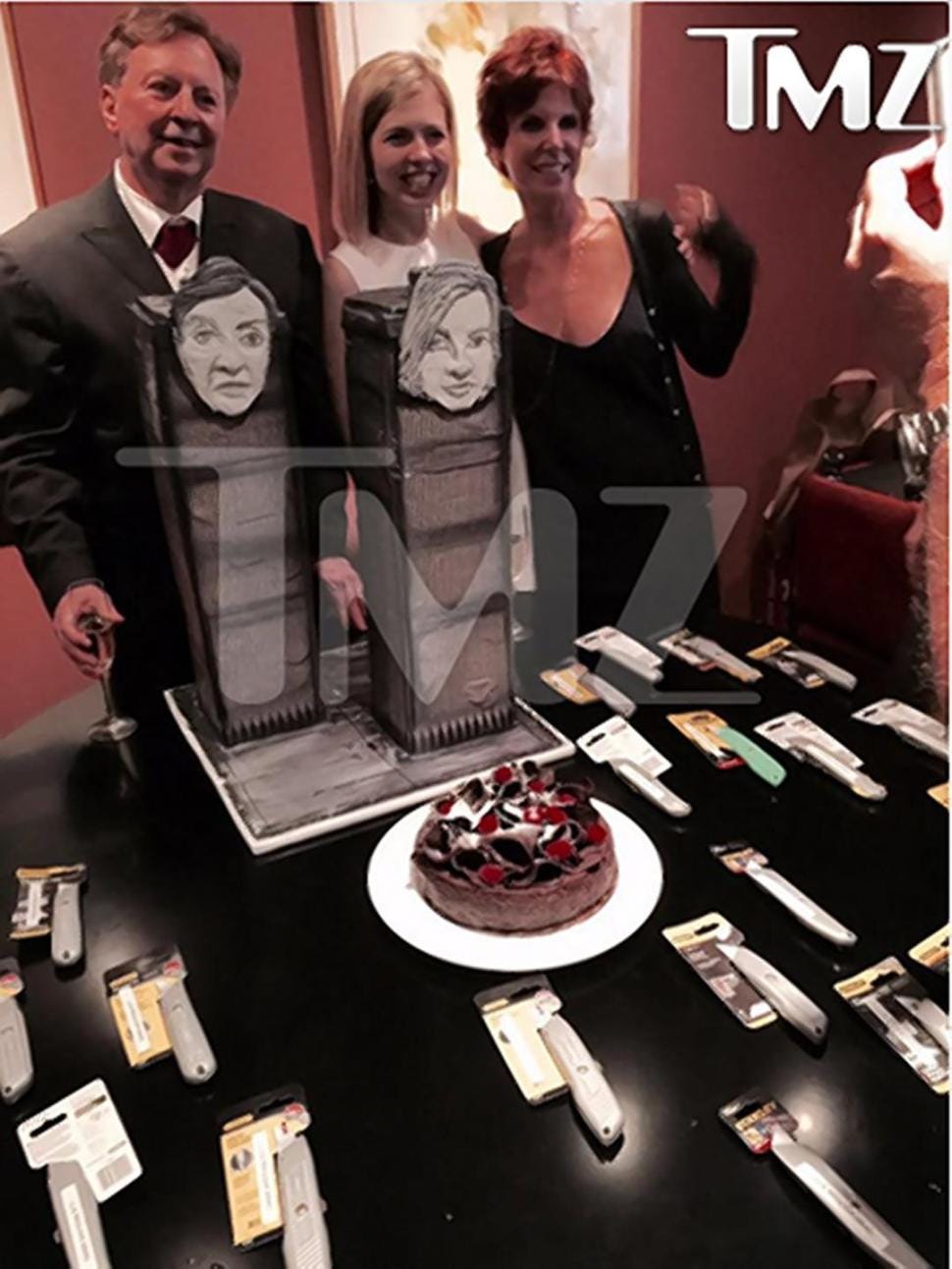 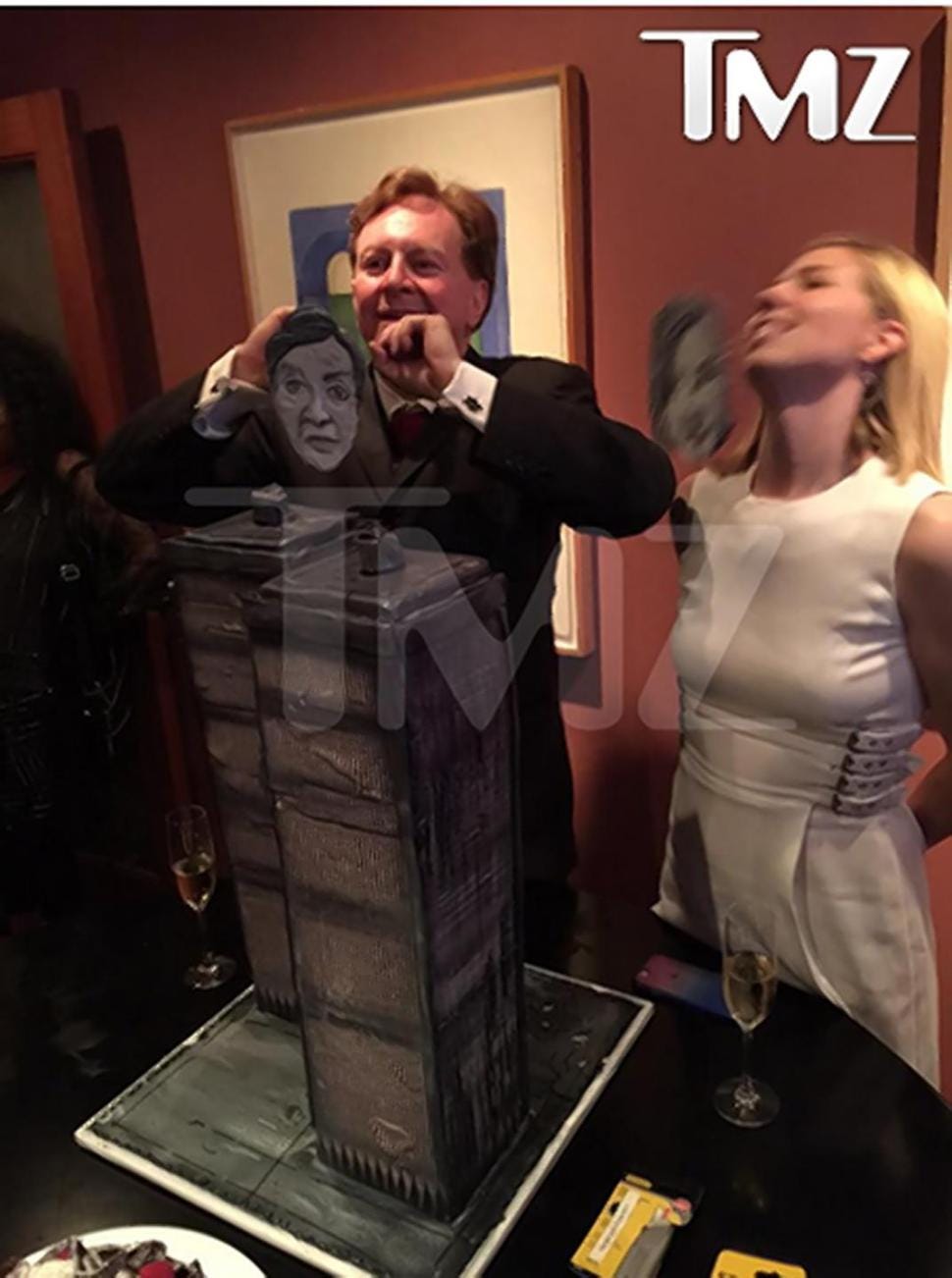 NYDN – Twisted Devo bass player Jerry Casale outrageously held a repulsive 9/11-themed wedding — complete with cakes baked in the shape of the fallen twin towers and real box cutters as favors — on the anniversary of the terror attacks. But when the shocking photos of Casale celebrating his May-December marriage to 26-year-old Krista Napp surfaced Monday on the gossip site TMZ, he blamed a buddy who attended the revolting reception at a Santa Monica, Calif., restaurant.  “One of my friends said, ‘I’ll take care of the cake.’ That was his contribution. And it was supposed to be a surprise. Well, it was,” Casale told the Daily News. The tone-deaf rocker, 67, said the cake was a joke that fell flat. “I joked and said Krista and I are like the twin towers of love and love conquers all and we’re going to resurrect those towers.” For Michele Miller, whose brother Mitchell Wallace, a state court officer who died while trying to save others on 9/11, Casale didn’t just cross the line — he obliterated it. “I am in disbelief that someone would think to turn that day into a wedding day theme,” Miller said in an email to the Daily News. “Shame on him, his wife, his guests, and even the restaurant for participating in such garbage,” she added. “A box cutter? My brother turned to ashes as the South Tower fell on him and people died at the Pentagon because of box cutters.” The Al Qaeda terrorists responsible for the 9/11 attacks were armed with box cutters. Speculating on why Casale might do something like this, Miller wrote, “It seems like maybe they just needed to bring attention to themselves again, as they didn’t exactly have staying power with my generation. Whatever the reason, though, it is no excuse.”

First off, just in case you didnt know, because I didnt, Devo is the band who sung “Whip It.” Just to give you some context.

Secondly, what a couple of cocksuckers. As trashy as trash gets. As classless as you can possibly be. I mean seriously what the fuck goes through your brain when you plan this? What the fuck goes through your mind when you attend this? How the fuck do you snap pictures in front of this cake all smiley and happy and shit? How is there not one single person is this guy’s family thats like “Um, this probably isnt a good idea.” Are you telling me that the bassist from fucking Devo has so many Yes Men in his life that not a single person with an ounce of class could speak up?

You know what the worst part is? Its not even the cake. Its the goddam box cutters. That is like some seriously specific references to the 9/11 terror attacks. Not to mention that its just a fucking lunatic move to give out box cutters as a party gift, but when they whole intention is “Hey remember thats how the terrorists were able to hi jack the planes??? Get it!?” its just a whole ‘nother level of repulsive. Like that takes some specific thought and direct intention to refer to how that terror plot was executed. I just honestly cant wrap my mind around yucking it up and taking pictures and having a fun time at this wedding. Anyone who planned this wedding, anyone who partied at this wedding, anyone who hosted this wedding, everybody is a fucking asshole. All of em. Take your Al Qaeda wedding and your terrorist marriage and flush it down the toilet, you losers.