The first weekend with a full schedule of football on Saturday and Sunday has come and gone. Chances are you probably ate and drank way more in the past 48 hours than any “normal” human being should consume in a month. But now the fun and games are all over and it’s back to the grind. Monday is this Alex Radulov shot and we are all Wojtek Wolski’s face right now. Surprisingly, the carnage wasn’t nearly as bad as you’d expect it to be. 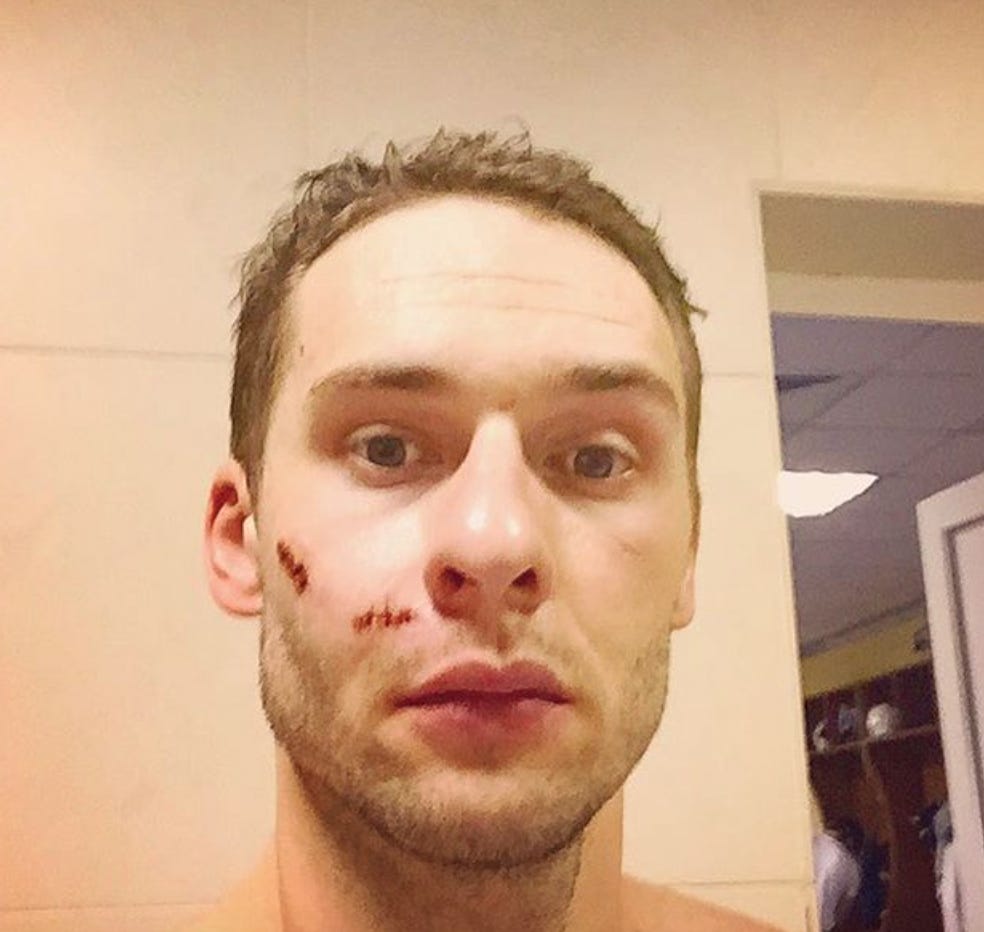 Still pretty gross though and Mondays can still suck a giant bag of dicks. But this is just what hockey players do. They’re a bunch of animals who, I don’t know whether it’s because they’re too dumb to know any better or just have that much heart, aren’t afraid to throw their bare face in harms way to block a shot. Anyways, I guess it’s nice knowing that Wojtek Wolski is still (barely) alive after completely falling off the map over the past few years. And while we’re on the topic of former NHLers who have completely fallen off the map but still doing the damn thing in the KHL, here’s Linus Omark.

Ew ew ew. If hockey was nothing but shootouts, Linus Omark would be Wayne Gretzky. And now staying on the topic of European hockey, here’s an early Assist of the Year candidate coming from the EIHL’s Belfast Giants.

Thus concluding this week’s mini European Hockey Roundup. Only 23 more days until the NHL season starts. I can feel it down in my plums.

P.S. – Alex Radulov is a scumbag and I can’t wait to see which NHL team is dumb enough to bring him back over here.