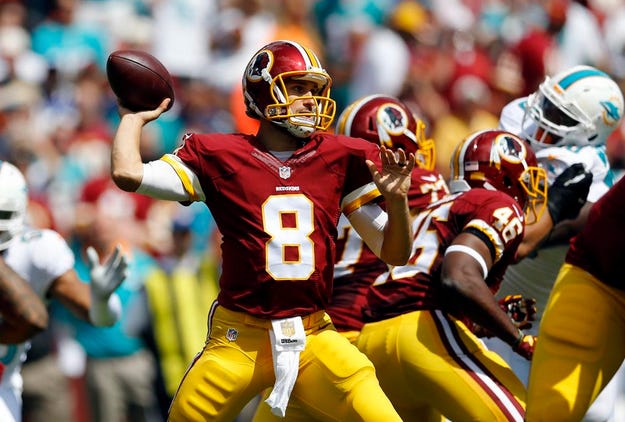 That is the best thing about being committed to a rebuild. For the last decade+ we haven’t used the word “rebuild”. We were making trades and signing overpriced free agents as a way to slap a bandaid on a broken leg, and it shockingly did not work. There was no depth because of the traded picks, and wouldn’t you know it, most of the guys they signed to huge contracts didn’t pan out (Archuleta, Adam; Haynesworth, Albert). They brought in scrubs like a washed up and illiterate Donovan McNabb, fat TJ Duckett, Ahman Green, Shaun Alexander, the list goes on and on and on. So now finally Snyder has hired a GM in Scot McCloughan and he is committed to building this team through the draft, a novel concept. Which is why there’s no expectations this season. In years past the Redskins fanbase have been stupid and jaded and tricked into thinking “this is the year”. No such naivety this season. All we want to do is see a competitive team that doesn’t embarrass us week in and week out, and that’s what we saw yesterday.

We saw the O-line hold their own against the Dolphins Suh/Wake Dline. We saw the defense handle the Dolphins WRs pretty well, albeit without Breeland and then after DHall went down with an injury. We saw Jordan Reed show why he’s a top TE in the league. There were lots of things to be encouraged by.

Enough cannot be said about the Oline. Brandon Scherff held Ndamukong Suh to 2 tackles and no sacks, and kept him out of the backfield. We have been so nervous about the 5th overall pick Scherff, and he made Suh his bitch. As did Morgan Moses on Cameron Wake. Completely neutered him. Shout out to Oline coach Bill Callahan, who was probably the biggest and most important signing this team made in the offseason. 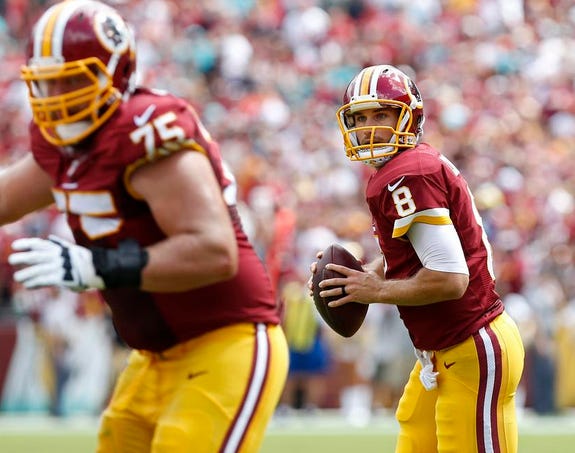 Of course there were negatives too. 11 penalties for 88 yards, including at one point a 3rd and 4 in field goal range became a 3rd and 29 because of 3 straight penalties. That was a huge game-changer. A missed FG by Forbath and a PR for a TD by Miami exposed our special teams issues which have lingered for the last 3 years. Kirk can’t stop throwing INTs to save his life. If he can go a game without throwing a pick I’ll bow down to him. The guy is a turnover machine. Looked good in the pocket, made good throws, but his INT problem needs to go away. Andre Roberts is a BUM. Guy straight up cannot catch. What does he bring to the table that Ryan Grant doesn’t?

So 0-1 and St. Louis coming to town next week. Looking to build on this week where the defense only allowed 10 points. They need to keep pounding it with Morris, hope DeSean can get healthy so they can stretch the field, and they get Breeland back to improve the secondary. As long as they keep improving and not embarrassing an entire fan base out there, I can stomach losses much better than the last 2 seasons where they shouldn’t even have bothered showing up.