Inquisitr – Canadian officials have released a video in which Carlos Larmond, a man facing terrorism related charges, is seen beaten up by two other inmates. According to the Ottawa Citizen, the incident was released by officials after the clip was shown in an Ottawa courtroom. In the video, a bearded Carlos Larmond us seen being beaten up by two of his co-inmates at the Ottawa-Carleton Detention Centre.

In the video, you can see two men viciously attack Larmond with a flurry of punches and kicks – as other men in the room watch on. They are also at one point seen dropping an object on Larmond. Some of the people in the video seem happy at the beating that Carlos received and are seen smiling. Carlos somehow manages to get back to his feet and is then escorted out of there by guards. After Carlos Larmond leaves, the onlookers and the attackers are seen shaking hands and congratulating each other. According to reports, Larmond was left with a broken left hand and a black eye after the vicious beating.

Wilson’s lawyer Paolo Giancaterino in his defence said that the attack happened after Larmond allegedly tried to convert Wilson to Islam several times – and when he did not budge, threatened to kill him when he resisted.

“It first started with some friendly requests for him to convert to Islam and be a soldier of Islam, and my client was having none of it. It escalated to the point where threats were starting to be made that my client would be killed in his cell if he didn’t convert. That was followed up by another threat that my client’s family would be killed by someone on the outside if he didn’t convert.”

Over several weeks, Carlos persisted and finally the patience of the two men wore off, Pailo added.

God damn what a way to start the week! Love it. Terrorist scumbag getting his ass beat in prison – a guy in there for conspiring to commit acts of terror, and not only that, trying to recruit everyone inside to do the same thing. 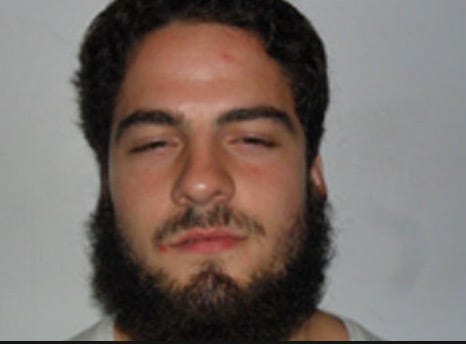 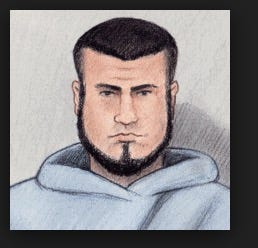 Only downside is he was able to walk out of there with nothing but a black eye and broken hand, but whatever, it’s a start. Guess he chose the wrong guys to try and convert and threaten their families huh? Do I want to be a soldier of Islam? Hmmmm thanks for the invitation, I appreciate the offer, let me think about that for a minute – ha ha just kidding here’s a flurry of kicks to the face and a trash can to the dome.

Daps up for beating up terrorists