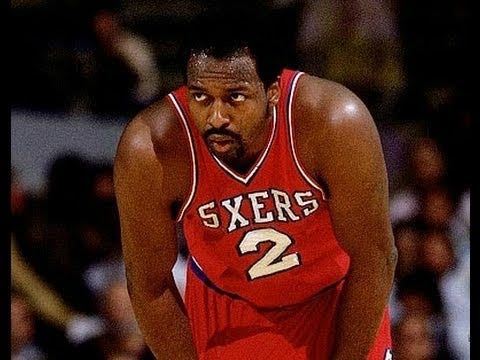 ESPN – Three-time NBA MVP and Pro Basketball Hall of Famer Moses Malone died Sunday at the age of 60. Malone, named one of the NBA’s 50 greatest players, was the Finals MVP in 1983, as he led the Philadelphia 76ers to the title. “It is with a deep sense of sadness that the Sixers family mourns the sudden loss of Moses Malone. It is difficult to express what his contributions to this organization — both as a friend and player — have meant to us, the city of Philadelphia and his faithful fans,” the 76ers said in a statement Sunday.

Moses may have been before most of our days and played for a bunch of teams, but he was single handedly the catalyst behind the 76ers getting over the hump to bring home the ’83 Championship. Guess that’s what happens when you trade for the reigning MVP of the league to join forces with Dr. J. You finally beat the goddamn Lakers. RIP Moses.