You can bet your ass that people are going to freak out about coach being a big meanie and yelling at his student athlete, but this is because Kelvin Taylor scored a touchdown then did a throat slash gesture, resulting in a penalty. Anyone who does a throat slash nowadays deserves whatever they get. McElwain could have put him in a sleeper hold then rock bottomed him through the water table and it would have been justified. No throat slashes is the most important aspect of playing football in 2015. 1. No murder gestures, 2. score touchdowns, 3. tackle the guy with the ball. That’s how you play this game.

Just remember to be careful around McElwain, Kelvin. You play with fire, you’re gonna get burned. Some people forget that. 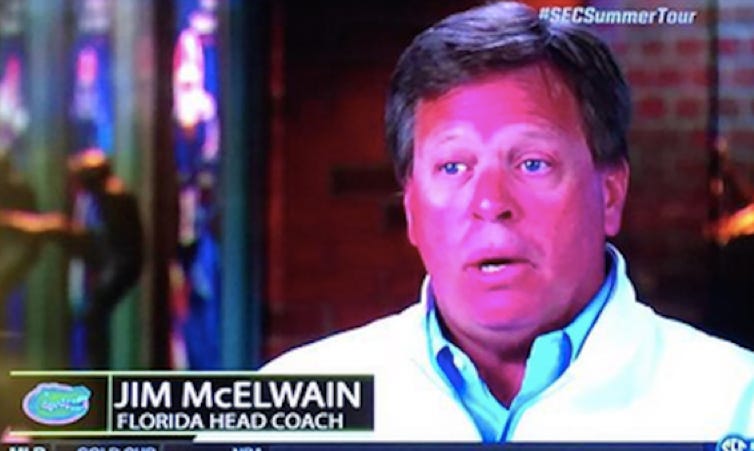