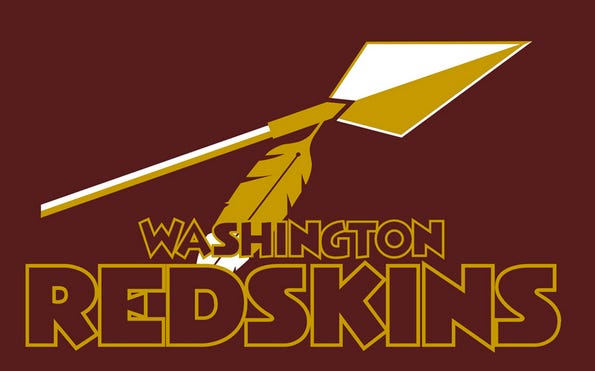 See that title? That’s called aiming low while still being optimistic. 3-13 followed by 4-12…so it’s hard, really truly hard, to be worse in the NFL. The Skins have a bottom 5 record in the league over the last decade. They need to turn it around at some point, and why not this season? Second year in the Gruden regime, a QB that has two working legs, and one of the better defensive lines in the league. After a preseason muddled with controversy and dramatics, surely things simply cannot get worse.

Let’s look at that schedule and see what we can figure out: 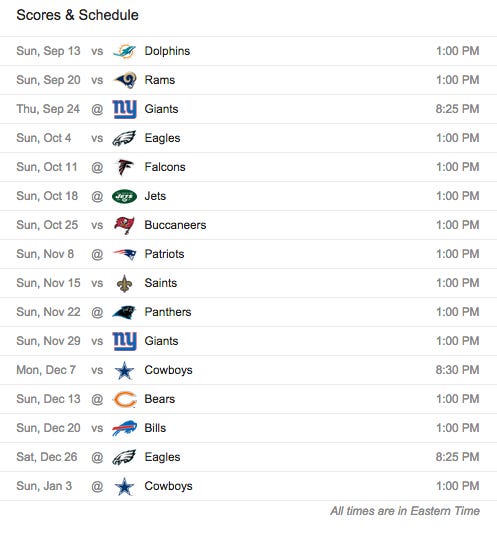 The mantra in the NFL is “any given Sunday”. When your team has traded so many picks for so many terrible players over the last decade and stripped itself of depth and development, it’s simply not that easy. But we can look at the schedule and find teams like the Rams, the Jets, Bucs, Cowboys at home on MNF, Bears, and Bills that we can say “hey, they have a chance”. Boom, that’s 6 wins right there! If they can split with either the Giants or Eagles, that’s 7. Then you have games against the Falcons, Saints at home, and Panthers where you can win one and be an 8-8 team. It’s really that easy in the NFL. Playing against the horrid NFC South is a blessing, but at the same time, the parity does not mean they are walks in the park. It’s actually fun to think about how different and worse 6-10 sounds than 7-9…when in reality the difference for bad/average teams is usually a half inch field goal to win or lose a game, a bad spot by the ref, a fluke once-a-year grab as time expires, shit like that. Good teams find ways to win, bad teams need those inches.

So what do I expect from the Skins this season? I think it’s safe to take the Super Bowl off the table. Though 150/1 is intriguing, I don’t think this is quite the year. The secondary isn’t great, and the o-line leaves a lot to be desired. If they can match the 7 combined wins over the last 2 years, I’d be content. While obviously the goal is the Super Bowl, we have to be realistic. I’m not rooting for 7 wins, I’m just saying it would be encouraging as Scot McCloughan basically builds this team from scratch.

Worst case scenario? They Redskin. (It’s sentences like that where it kinda hits you that the team name is a bit racist. “They Redskin? Just doesn’t sound great.) Kirk is benched at week 5 due to Dan Snyder refusing to relinquish control, Jay and Scot quit, RG3 tears the string and gummy bear that is holding his knee together, and round and round we go. While that all sounds over-dramatic, there’s a hint of reality and possibility in there as well.

So we kick off Sunday at 1 vs Ndamukong Suh, Cameron Wake, and the Miami Dolphins. Not the easiest game to start your year with, to be completely honest. We’ll see DeSean for the first time, we’ll see Kirk hand the ball off to Alfred Morris and Matt Jones hopefully plenty of times, and see what the Oline is capable of. This is a big test right away for them.

We’re just looking for competence, composure, and something to make us proud to root for this clusterfuck of a team once again. I’m very excited for football season, even though I know I’ll hate my life by week 6. But hey, maybe this year is different?

PS: Sunday November 8 in New England. Think Gronk can sit that one out? I’d really appreciate that.