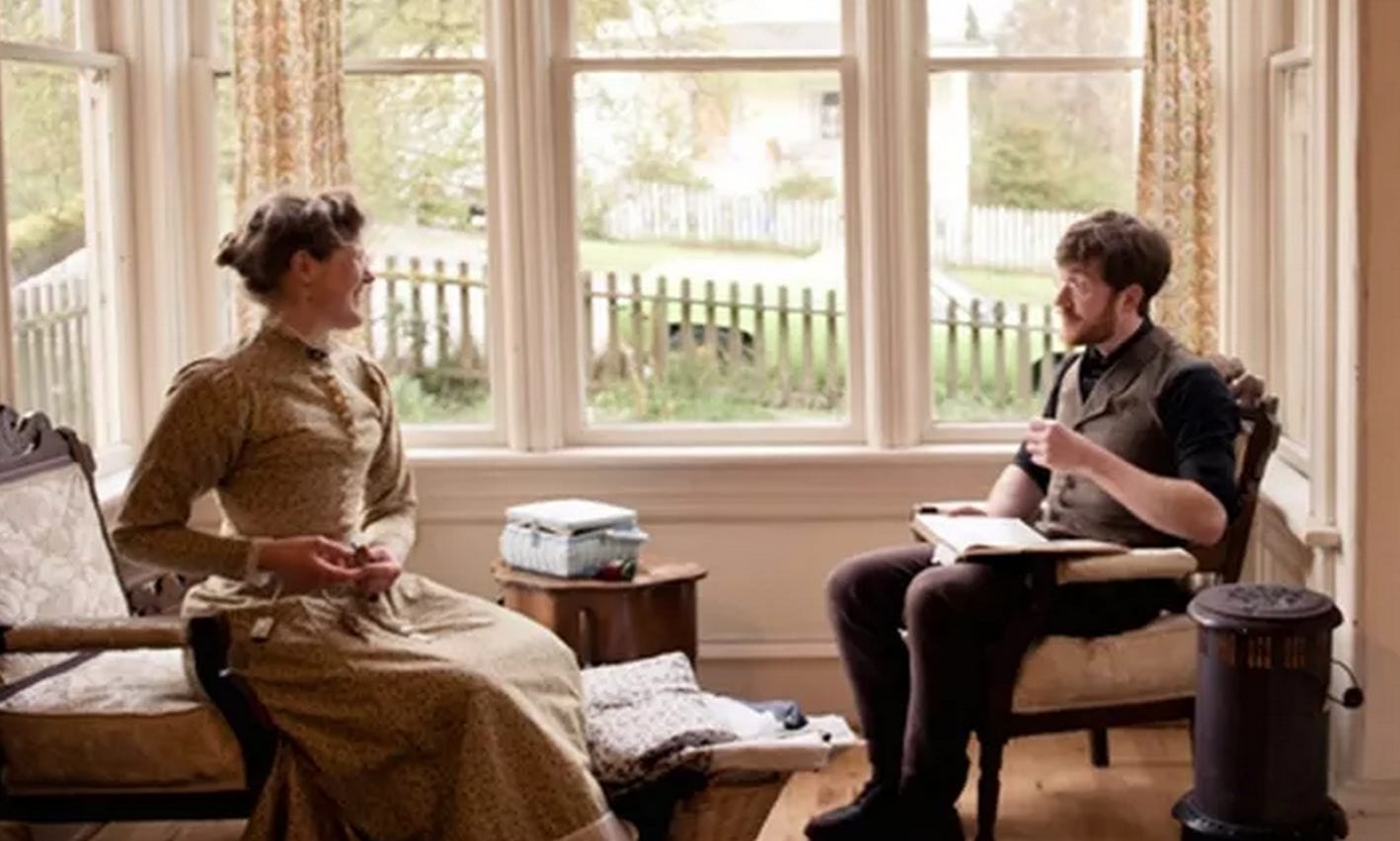 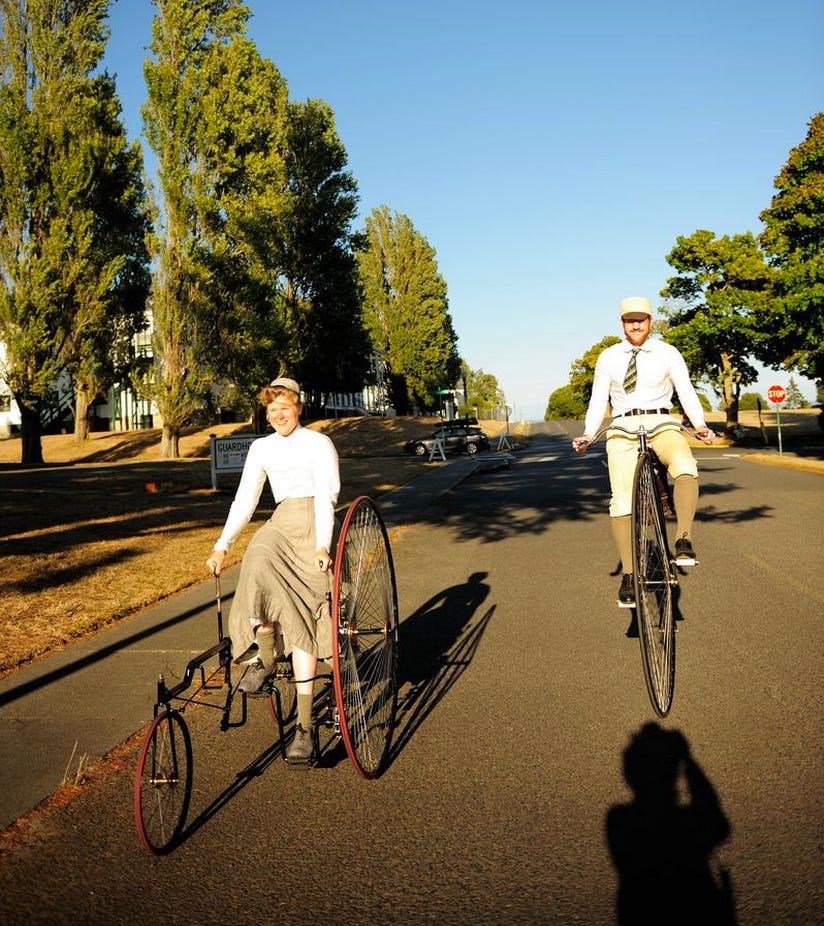 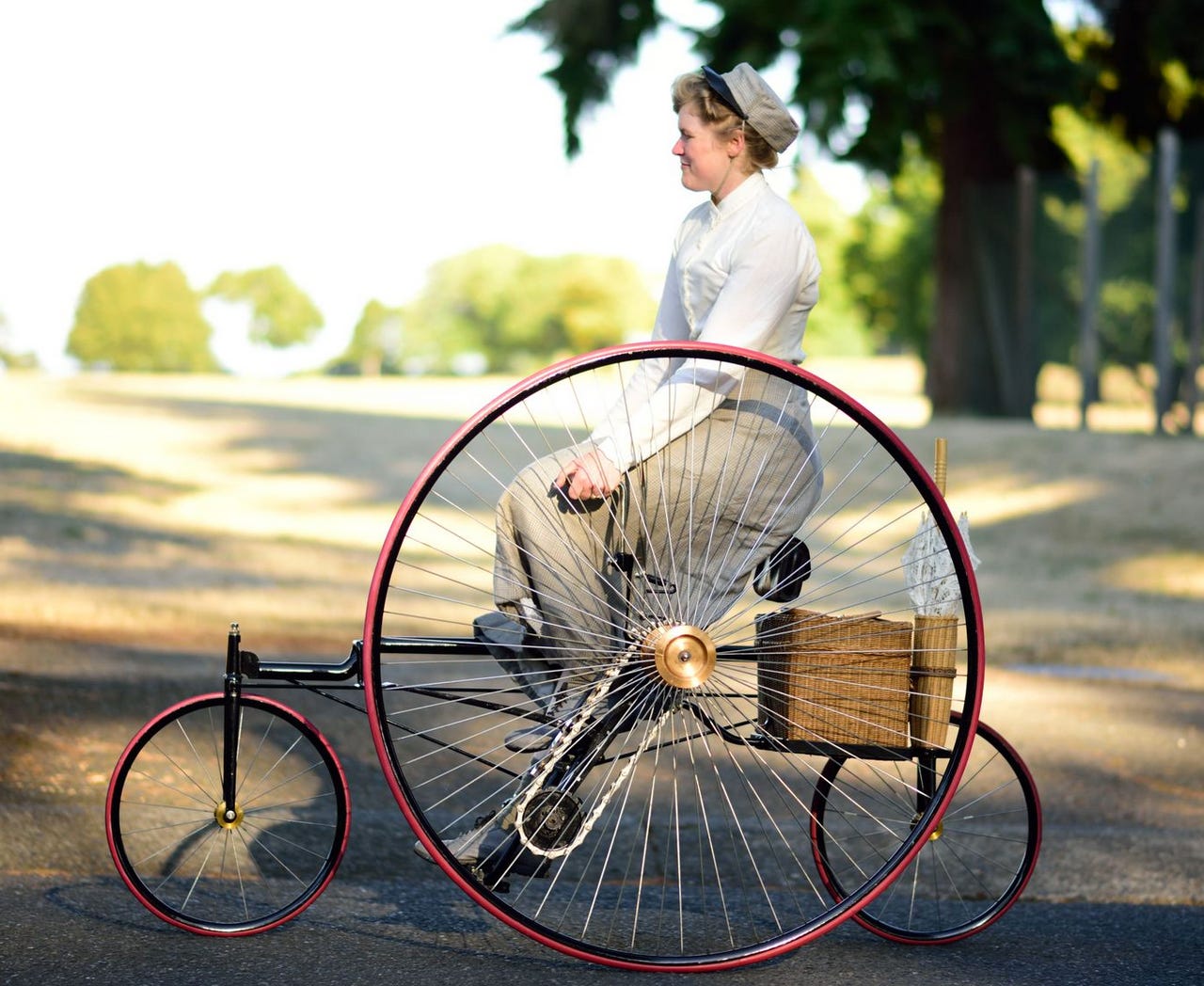 Access today’s premium episode on the KFC Radio app –  iPhone | Android, or on your computer here.

Vox – My husband and I study history, specifically the late Victorian era of the 1880s and ’90s.  Our methods are quite different from those of academics. Everything in our daily life is connected to our period of study, from the technologies we use to the ways we interact with the world. Five years ago we bought a house built in 1888 in Port Townsend, Washington State — a town that prides itself on being a Victorian seaport.  When we moved in, there was an electric fridge in the kitchen: We sold that as soon as we could. Now we have a period-appropriate icebox that we stock with block ice. Every evening, and sometimes twice a day during summer, I empty the melt water from the drip tray beneath its base. Every morning I wind the mechanical clock in our parlor.  Each day I write in my diary with an antique fountain pen that I fill with liquid ink using an eyedropper.  My inkwell and the blotter I use to dry the ink on each page before I turn it are antiques from the 1890s; I buy my ink from a company founded in 1670. My sealing wax for personal letters comes from the same company, and my letter opener was made sometime in the late Victorian era from a taxidermied deer foot. There are no modern lightbulbs in our house.

I mean this as genuinely and as sincerely as I possibly can:

These are the two biggest assholes currently living and breathing on God’s green earth.

Its not even the churning of the butter and the feather quill pens and the wind up clocks and the bricks of ice instead of fridges, its riding those RIDICULOUS old timey bicycles. How the FUCK are you supposed to get up on top of those things and ride them? Honestly who invented the penny farthing? One GIGANTIC wheel and one small one? And I guess back in like 1880 they didnt know any better but if you’re riding that shit in 2015 you’re a DICK.

Since its our first ep since the Tuesday after Labor Day, I also bring to you the official Top Worst Days of the Year for your 20s now that I have closed the books and I’m a 30 year old father to be. I tell you the story of a stranger Mexican man who LIT UP my toilet the other day. The man who’s wife said he was a 2 out of 10 in bed, and the fucking IDIOTS who tried to save that Great White Shark the other day.

If you’re a premium member, you can listen now on the KFC Radio app or you can listen here on the computer. If you want to become a premium member, sign up here. $1 per month gets you 1 extra podcast a month and access to the app. Also, only the most recent 25 epsiodes of Mailtime and KFC Radio are available on iTunes right now, whereas Premium Members have access to the entire library of every podcast ever recorded. So theres about like a hundred episodes of KFC Radio and 9 months worth of Mailtimes if you wanna go back in the chronicles. Plug in juice up