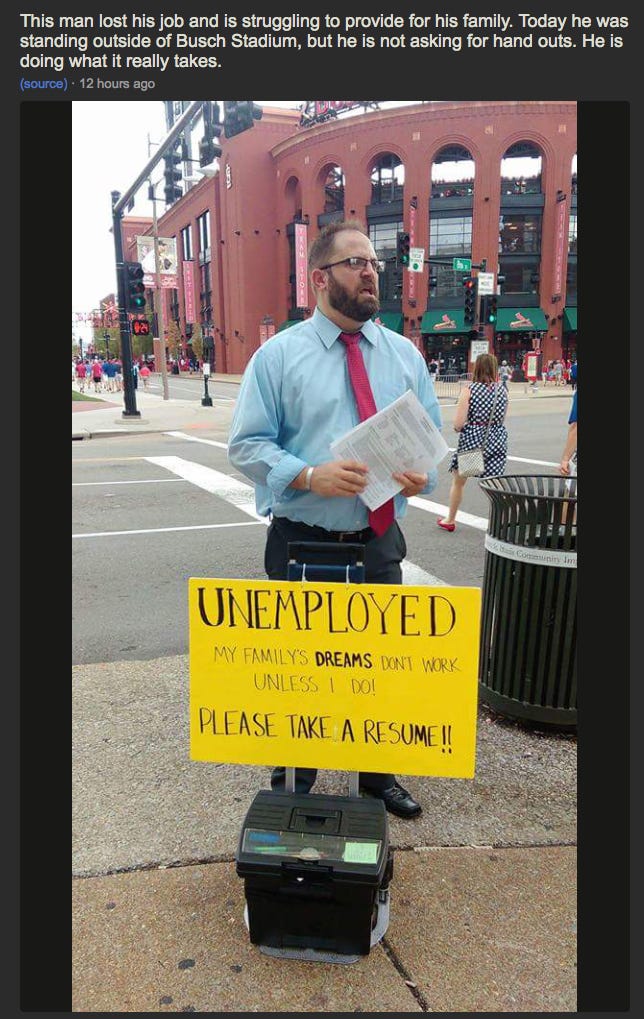 I’m totally torn on this one. On one hand I feel for this guy and understand he is just trying to find a job, and I genuinely do think it’s good on him for hustling. But on the other this sort of feels like a “don’t look at me, I’m just a hard working blue collar guy trying to make it in this world but oh wait, I’m doing this all in public in front of cameras and people so totally look at me!”. Like Ted Danson giving an “anonymous” donation on Curb. This guy knows what he’s doing, he knows people will gawk and in 2015 it will most likely go viral and he’ll probably luck into one of those stories where poor guy strikes it rich with help of anonymous internet strangers. He’s not dumb. So like I said, I’m torn, he’s doing what he’s got to do and I hope he does find a job and get back to work but something in this feels slightly contrived.

Either way I think we can all agree that Cardinals fans will probably make this guy into a God. Just everything that makes Cardinal Nation great. Hard working go getters. No other fanbase on earth has out of work people who are struggling to put food on the table. Cubs fans are all on welfare last I checked, at least the ones that aren’t spending all day getting sucked off at a Gay bar in Wrigleyville, right guys?

Dress for the job you want man, this isn’t 4 oclock at the office. Tuck your shirt in and button those sleeves. You want those dreams to come through or not? 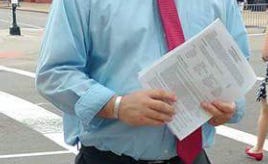 Also unrelated to this story but not worth it’s own blog. This guy with a half Sox half Cardinals jersey needs to be fired into the sun. 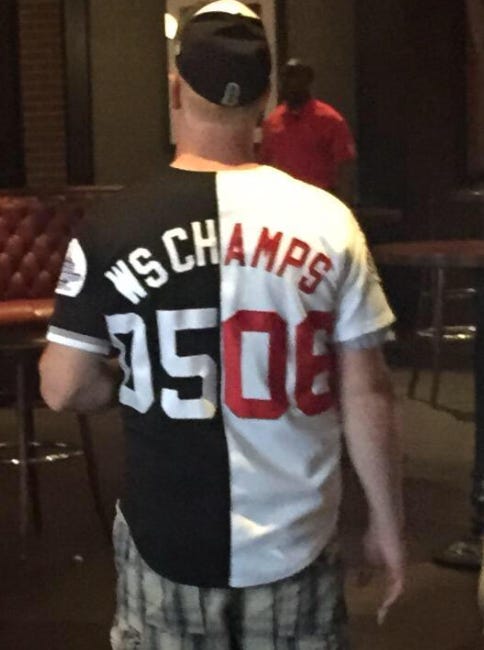