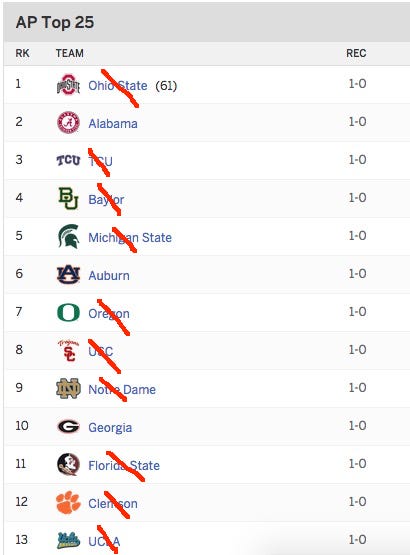 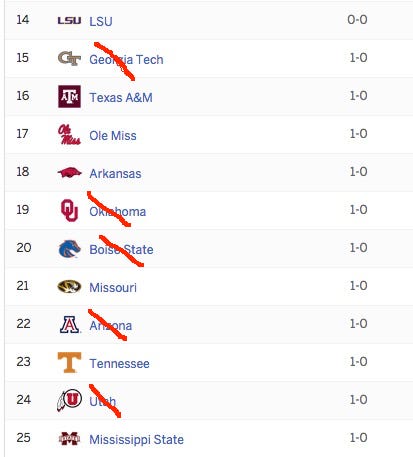 “I think the SEC should have 25 teams ranked in the top 25,” said the LSU head coach. “They didn’t quite use all of them or rank second teams.

“This league is as good as any league in America.”

Les Miles doing Les Miles things…pumping up his team to the max with unmatched passion that rarely makes much coherent sense. That’s why he’s a national treasure folks.

And check out your boy Bielema throwing some shots in there.

A short time later, it was Arkansas’ Bret Bielema‘s turn, and he used the opportunity to tout how tough of a stretch his Razorbacks will face when they enter conference play. And to get chippy with Ohio State’s schedule.

I mean they’re not wrong. Ohio State’s schedule is cupcake city. I don’t even think Buckeyes fans deny that. Tough but unranked Virginia Tech game one followed by NINE more against unranked teams before they hit #5 Michigan State. (The only ranked team on their entire schedule!) Hawaii, Northern Illinois, Western Michigan, Indiana, Maryland, a Penn State team that just lost to Temple, Rutgers whose whole team just got arrested and kicked off, Minnesota, Illinois. The big MSU game then closing the season with Michigan. Meanwhile Les is staring down the barrel of this – 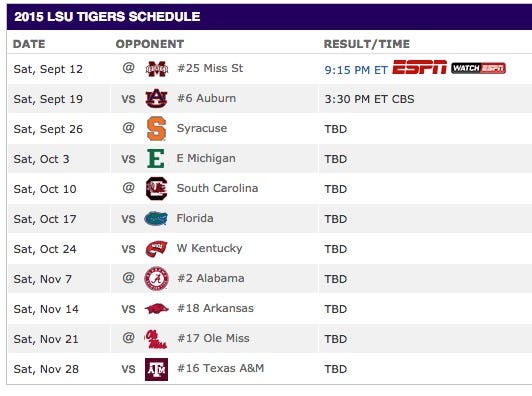 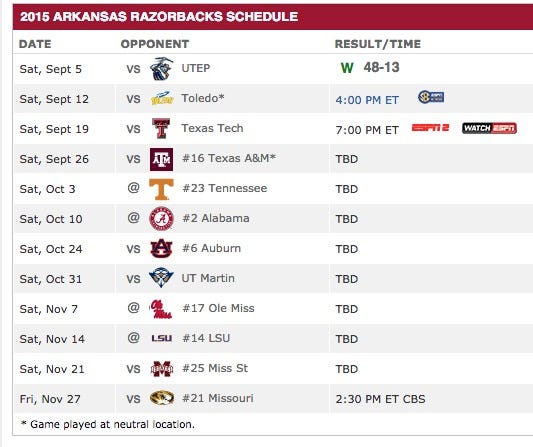 BUT… I also know what happened the last time Ohio State played an SEC team.

And also think they are the clear cut best team in football.

So maybe like, #1 stays Ohio State, then #2-#25 are SEC? Is that a good compromise? I’ll run it by Les’s people. At the very least we can try and wiggle in Alabama’s second-stringers in there ahead of Utah.