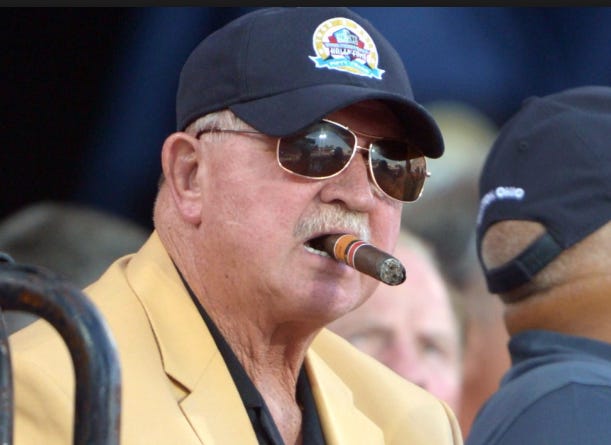 (Source) OP presidential candidate Donald Trump says he would like to tap football legend Mike Ditka, whom he has “always loved,” to get “involved in some capacity.” “Our country needs smartness and toughness. Other countries don’t respect us any longer. If I win, that will change very quickly. Mike’s kind of attitude and personality is what our country needs as its representative,” Trump told the Chicago-Sun Times.
“I’d love to have Mike involved in some capacity. Why? Because Mike knows how to win and our politicians don’t,” Trump added to the newspaper’s Michael Sneed. Trump’s comments came after the former Chicago Bears coach said Tuesday that he liked Trump and thought the businessman was “on the right track.”

“I think he sometimes has got to think a little bit more before he says things,” Ditka said for a weekly column in the newspaper. “I think that he has the fire in his belly to make America great again,” he added.

Look when you read the headline, Donald Trump would like to get Mike Ditka involved in some capacity you probably think to yourself, what the fuck? Ditka isn’t a politician and he’s pretty fucking old. He flirted with running for office but that was over a decade ago at this point. But then you read the reasoning behind Trump’s comment and it all makes sense. What do we need? Toughness, respect, smartness, jack hammers. Who has that more than any other person on earth? Ditka. Winners win and losers lose and we all know Ditka is a winner through and through. Trump/Ditka 2016, tell me that doesn’t have a ring to it? Sounds so good I may just have to put it on a shirt, never know. 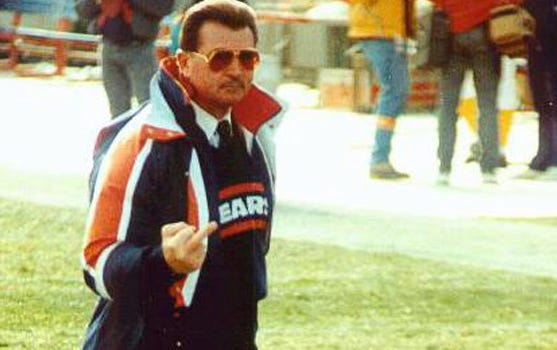 Oh and ISIS, fist city for you 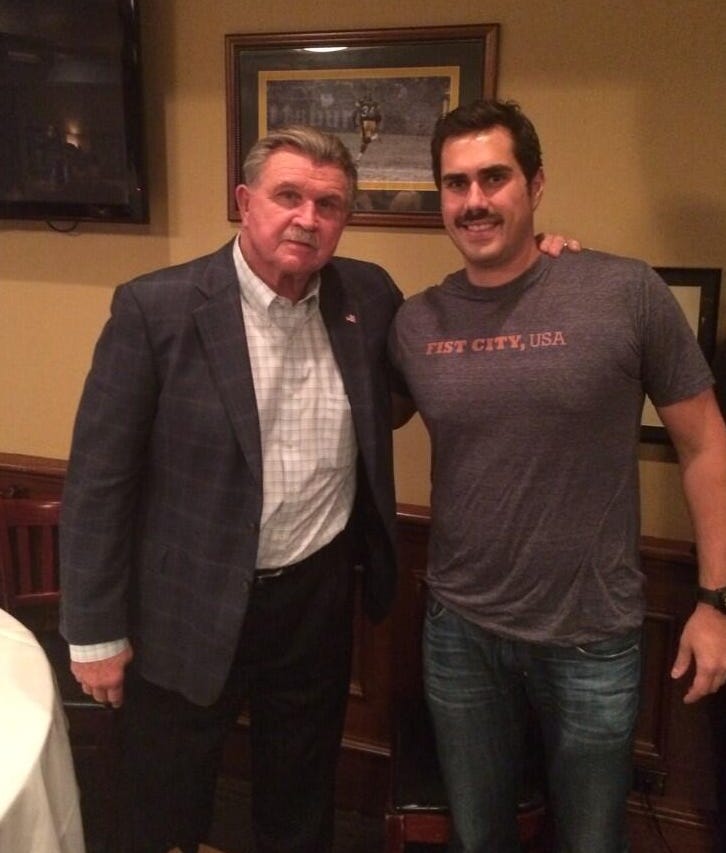 Top 5 worst shirts I’ve ever made, also a great story because I went to his restaurant to show him the shirts and get him to sign one and he just took the whole box (30 shirts) and gave it to one of the waiters and mumbled that he would sell them at his restaurant. Never saw the box again, just stood there dumbfounded. He also farted and it reeked of death but I was pretty honored to have even had the chance to smell it.