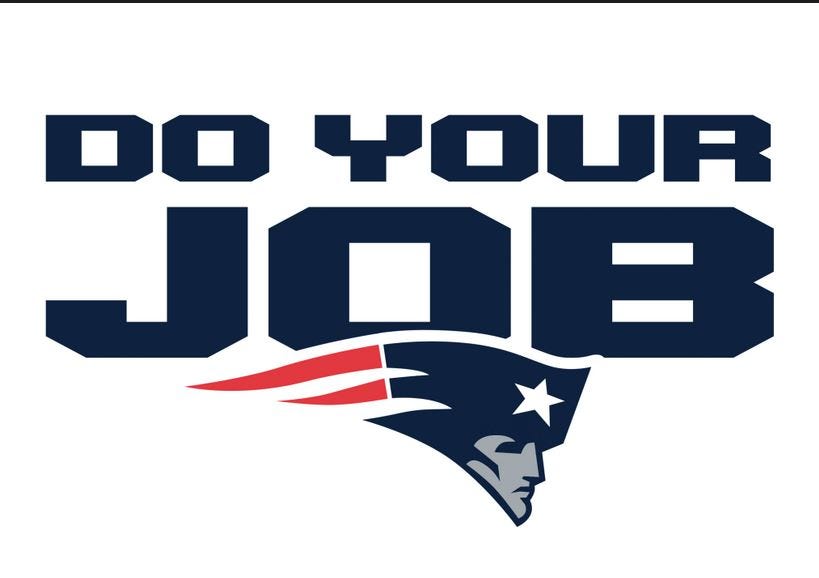 Do Your Job aired last night on NFL Network.  I laughed, I cried and I laughed again.  Quite simply it’s one of the greatest films in the history of cinema.  Patriot porn at it’s finest.   I can only imagine watching Belichick work his craft is like what it would have been to watch Michelangelo paint the Sistine Chapel.  Just true genius at work.  That’s why we always win.  Because Bill Belichick, Tom Brady, Ernie Adams and the people in that building at 1 Patriot Place are geniuses.  They are smarter, better, more prepared than everybody else in the league.   That and that reason alone is why we are the Roman Empire.

Anyway here were my 5 favorite parts in random order. 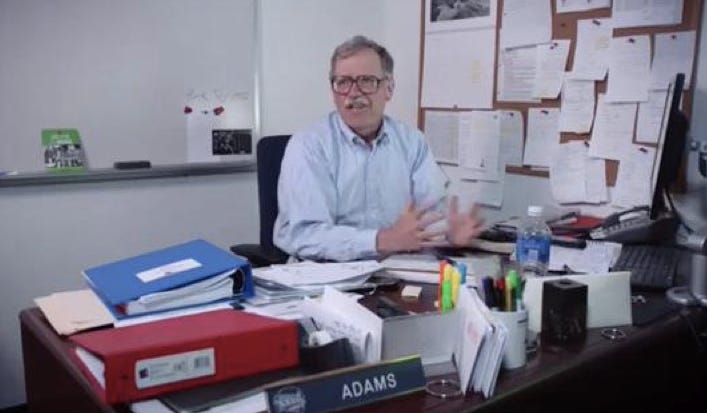 The man described in the ESPN OTL report as “a quirky man. A mystery in the Patriots building, a socially awkward amateur historian of pro football and the Vietnam War who often wore the same red, hole-ridden Patriots sweater from the 1970s. He had a photographic memory, and Brady once said that Adams “knows more about professional football than anyone I ever met.” Adams’ title is football research director, the only known person with that title in the NFL. He had made a fortune in the stock market in the 1980s, and the joke was that the only person in the building richer than Adams was Kraft.”

Listen 99% of the shit that people say about the Pats is total bullshit.  Just lies and propaganda from jealous vindictive haters.   But they may be onto something with Ernie Adams.  Like there is zero percent chance Belichick didn’t create Ernie Adams in a lab somewhere.  Half human, half football savant.  So if I were the rest of the NFL I’d be very afraid of him too.  And I’d lose sleep at night trying to figure out what Pink Stripes means and how they were gonna beat me. 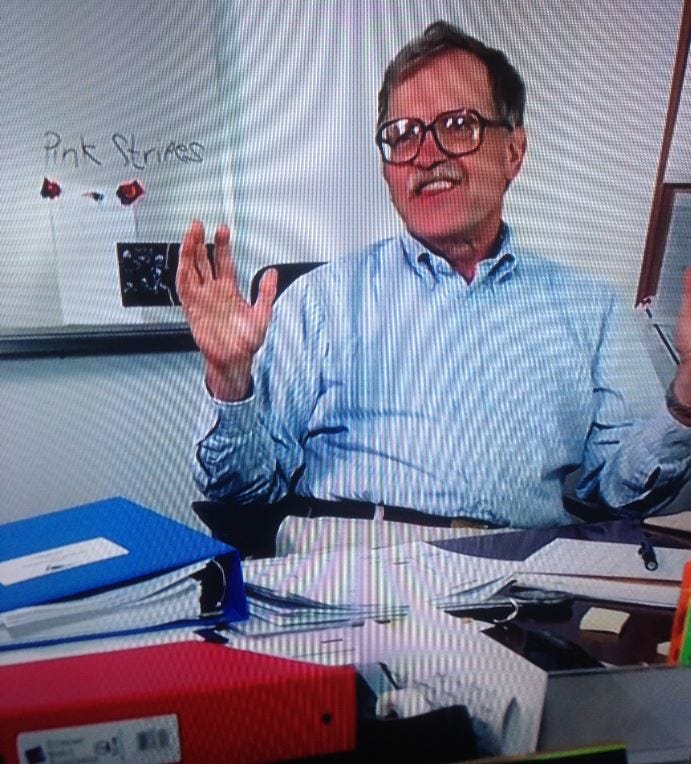 Nobody in the history of earth has ever loved anything more than Bill Belichick loves Mona Lisa Vito.  He literally glows when he talks about her.  He can’t contain his joy.

It wasn’t just that we had these trick plays ready.  It’s the fact they were actually called Raven and Baltimore.  Belichick knew this game was gonna be a war.  He knew he needed a backup plan. He had these trick formations sitting in his back pocket the entire time. Just waiting for the exact right moment to drop a bomb on poor John Harbaugh’s head.  The Ravens never saw it coming and they never recovered.  I can picture Harbaugh watching this in a dark room as Belichick explained it all to the world.  He basically put Harbaugh on his lap and spanked him for the world to see.

Watching the evolution of the Malcolm Butler play never gets old. From Dont’e Hightower making the game saving tackle the play before, to watching how Belichick didn’t call a time out, to seeing them practice it, to Brandon Browner jamming the receiver, to Ernie Adams basically taking all the credit etc.  Just never gets old. 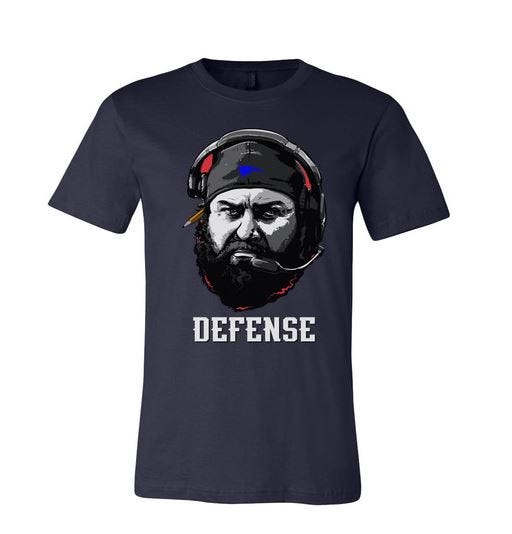 Matt Patricia running around with the Lombardi Trophy after the game screaming “It’s Heavy on Top!” was probably my favorite part of the entire film.  And yes now is as good a time as any to put our Matt Patricia shirts on sale.  Long overdue for a huge Stoolie and our defensive coordinator. 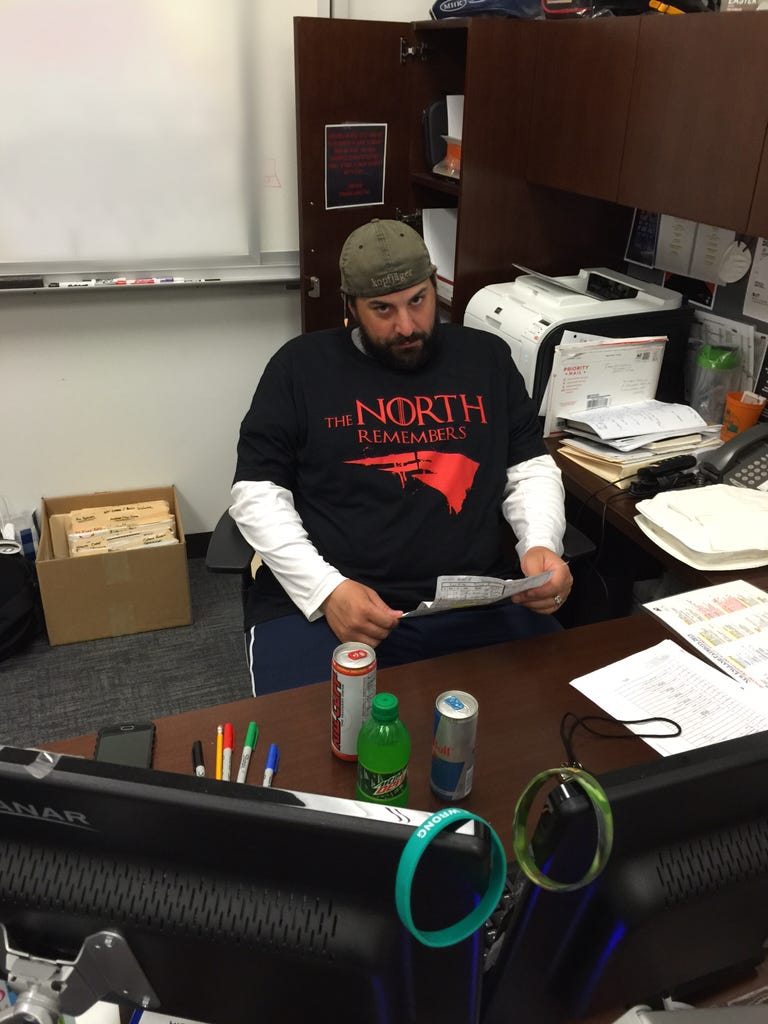 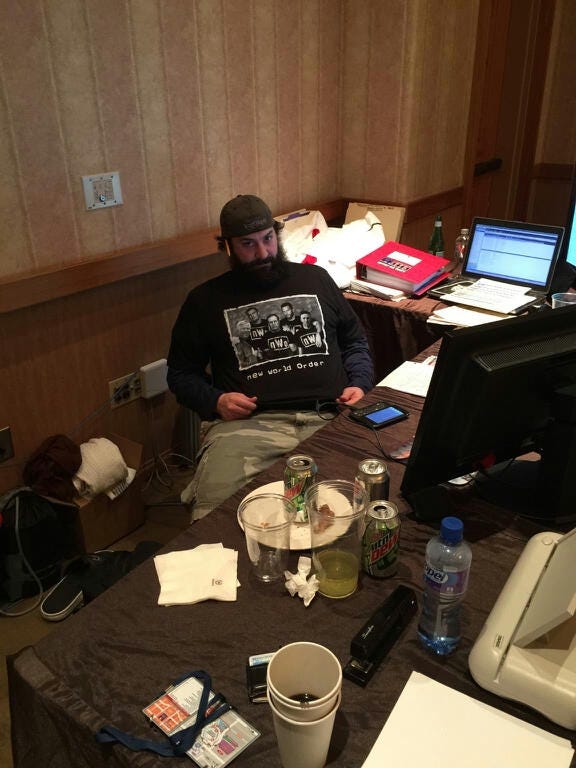