Look, I’ve already addressed how Kim Davis is a horrible, redneck moron so I’m not going to bother stating that again. She’s a  delusional fool who thinks if she doesn’t let gay people get married, as the law demands she do, then she’ll get a good seat at heaven. She’s insane. I’m not debating that at all.

But holy tamole is she entertaining. I mean when fucking Eye of the Tiger started blaring as her jail walkout song, I lost it. When her husband, Farmer Fran, took the stage in overalls I fell out of my fucking chair. 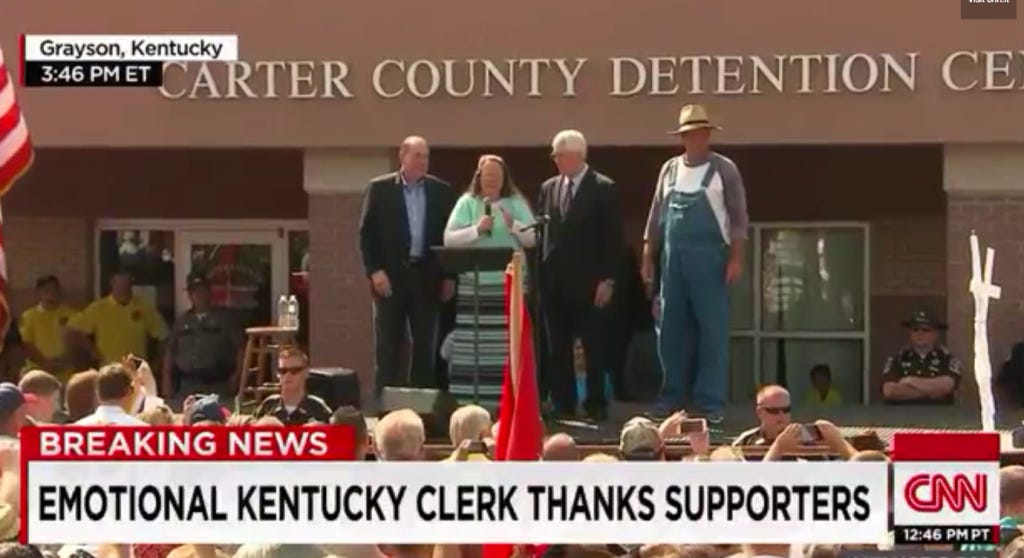 That is TENS. She’s up there weeping about her living god and thanking her supporters who fight to protect the sanctity of marriage while her fourth husband is standing there in overalls and a straw hat. The whole thing is entertainment gold. Couldn’t script a better Kentucky story. It’s like every joke ever made about the South, only better, and set to a 1980s rock soundtrack. I need more of the Davis family. I must have more of the Davis family.