Well now this is quite a sticky situation we’ve found ourselves in here. I’ve been anti-Wozniacki since the split up with Rory McIlroy as I’m sure most of the world has been as well.  Hell, I didn’t even realize she was in the Sports Illustrated Swimsuit edition until this outtakes video just came out. I was too blinded by hatred to even notice. Especially after she decided to go cozy up next to that bastard JJ Watt for a little. Between that and her saltiness toward Rory, it looked like Caroline Wozniacki was about to become the most insufferable chick on the planet. But this great nation we live in was founded by great men. Great men who put their brains aside and thought strictly with their dicks like real men. And right now my dick is telling me that I’m back on board Team Wozniacki. 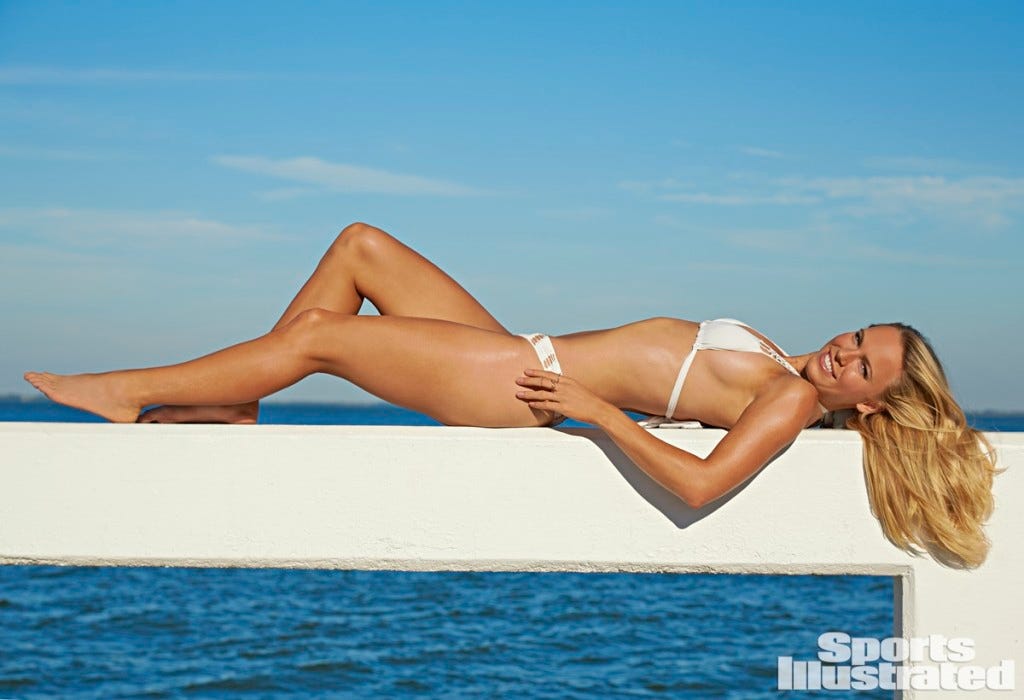 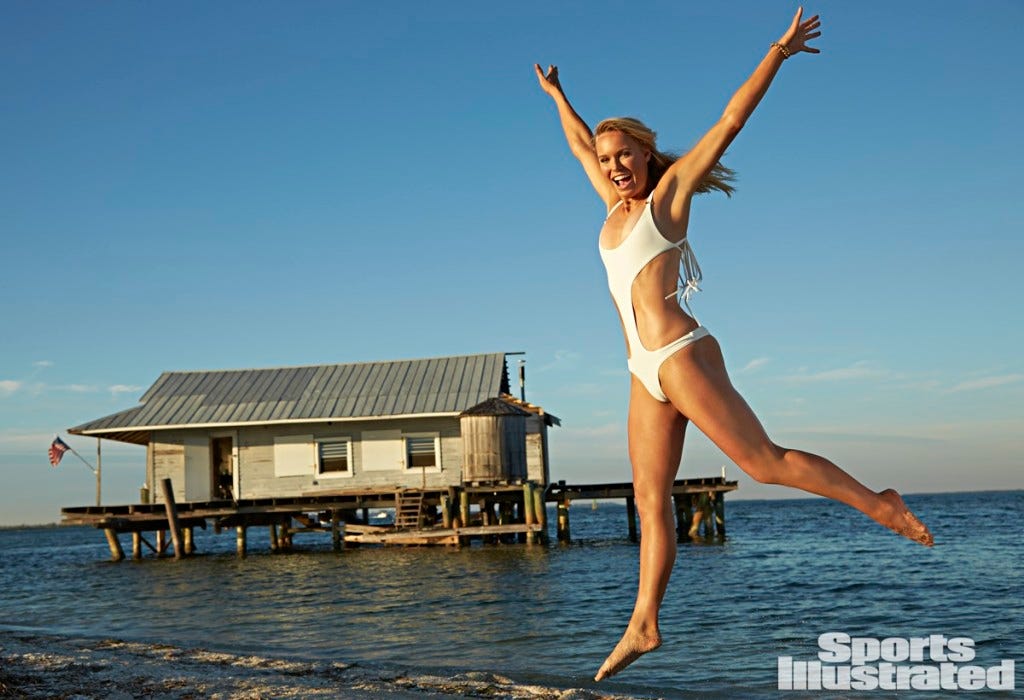 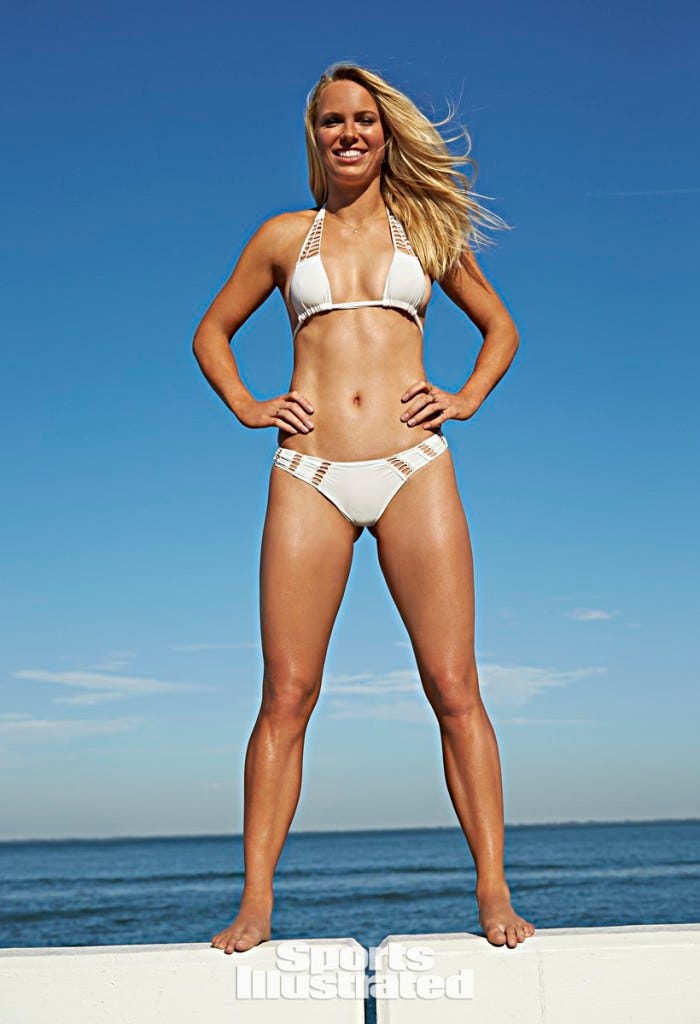 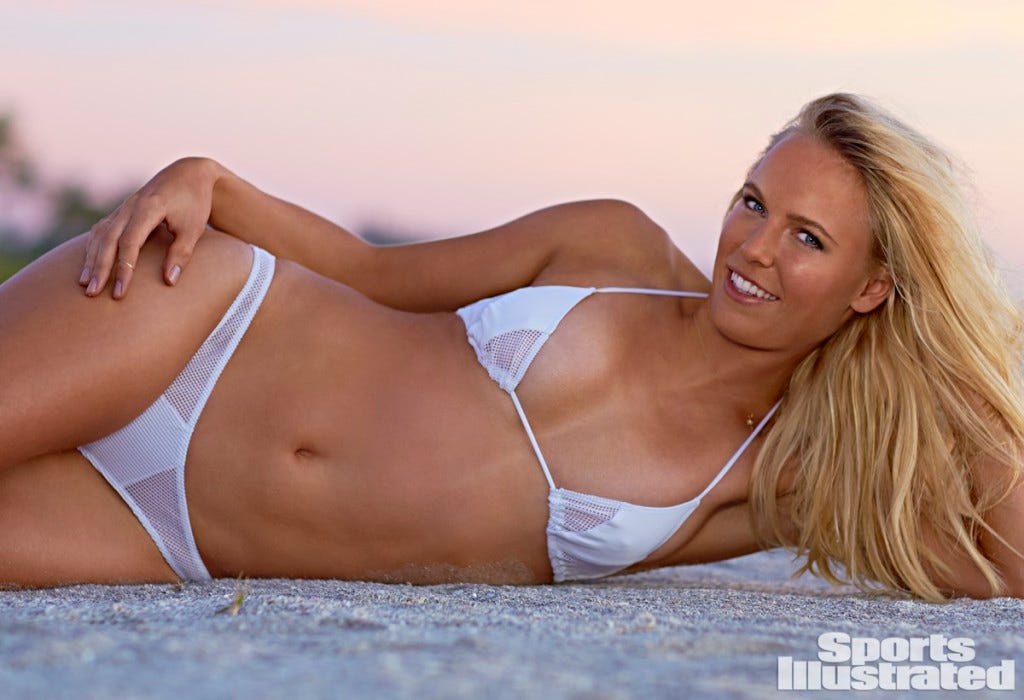 Up until a few moments ago, I didn’t even know I was into Caroline Wozniacki. Now, I’m all sorts of chubbed up. Funny how things like that in life work.

And just in case you haven’t been keeping track at home, Caroline was bounced in the 2nd round at the US Open this year.