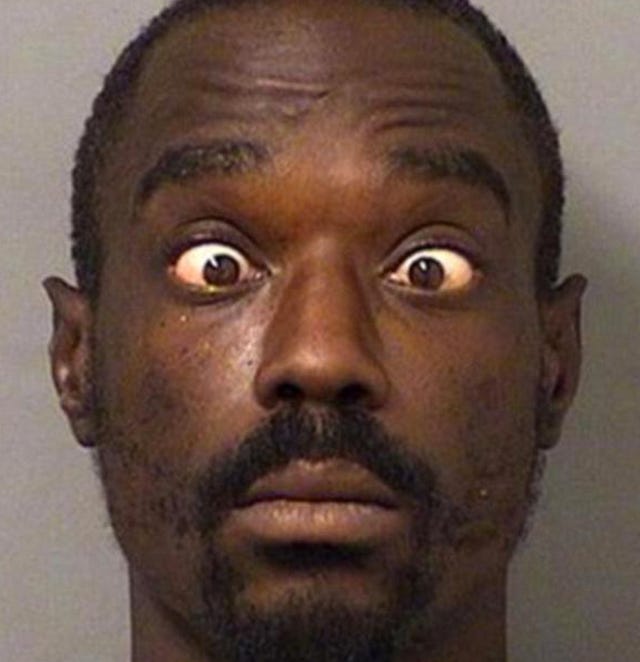 B911 – Police in Florida have arrested a man at a Burger King restaurant after he continued to expose and touche himself after being told to stop. A female witness told police that Jefferson King was exposing himself whilst he was sitting the near the restrooms, the woman made eye contact with the 33-year-old and asked the man what he was doing, WPBF reported. ‘What? I’m playing with my penis,’ he replied, according to the police report on Thursday’s incident. The woman then went to the restaurant’s manager, who asked King to leave – but he refused.  According to WPBF, the man continued to sit in the seat and touch his genitalia. When officers arrived, King told them that he had done nothing wrong and said he didn’t know what they were talking about. He was arrested and later charged with indecent exposure, giving police a startling mug shot, where his eyes appear large and crossed. He is being held at the Palm Beach County Jail in lieu of $1,000 bail.

If there is one thing I know about Burger King, it is that they are part of the finer things club. You don’t say a bad word about that place, so help me chicken fries. So for this man to go into a BK and whip his dick out, that is NOT funny. Maybe that behavior is acceptable at a low-rate place like McDonald’s or other fast food establishments that do not sponsor trips to the Final 4, but not Burger King. Him replying “What? I’m playing with my penis” when asked what he was doing is so disgusting, and does not make me laugh. Buzzfeed did not single handily bring back the chicken fries for this man to go into a Burger King and indecent exposure all over the joint. Disgusting, vile behavior. And then to make a mockery of law enforcement with that mugshot? Shaking my damn head.