This is another constant reminder that we aren’t the best at every single thing in the world. There are some bomb lunches around on Earth for kids (looking at you france, that looks absolutely unreal even though the French are assholes, Lloyd). What else did we learn in this video? Some American kids suck and others are the fucking best. Lets break it down. 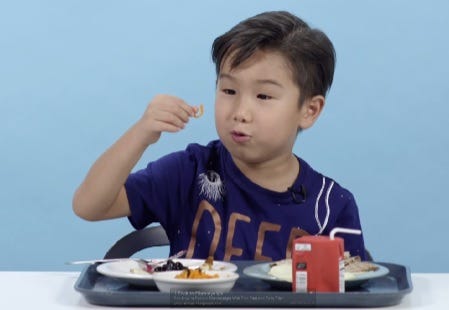 This kid can fucking hang with me everyday of the week. Just trying everything in sight without a single complaint. Just non-stop chowing down on whatever was thrown in front of him, and to top it all off? The charasmatics is that of a kid who could dominate the dance floor at a middle school dance and the little bitches be crawling to him. 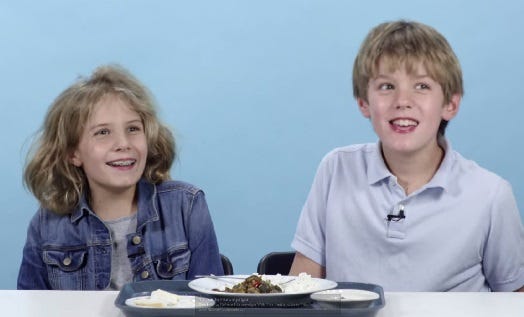 That kid’s face when they mentioned booze is that of the kid that starts drinking at 4 o’clock Monday at college. Yeah, its awesome and fun to watch the first two weeks of school. But come week 4 when you’re trying to get shit done and he’s banging on your door begging to get plastered. You know he’s going to have a very rough life. His sister is straight up weird. They look like something out of a 90s horror film. I almost skipped them everytime they came up. Straight nightmares. 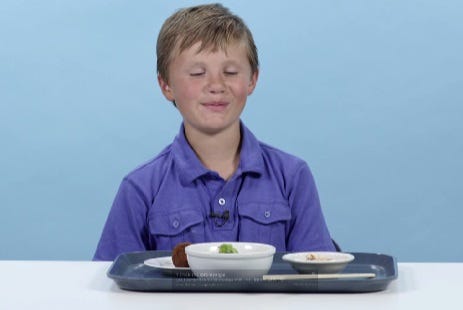 Last but not least, FUCK THIS KID. Honestly, I worked at a camp with kids 9 hours a day, 5 days a week, all summer ,with them jumping and hanging off of me all day and I never hated them as much as I hate this kid. WHAT THE FUCK DO YOU EAT? HOW WERE YOU RAISED? I bet he only eats like ice cream and like filet. Some weird ass combo. I would say this kid is going to be doomed in highschool, but he looks annoying enough and he’s dressed well enough that you know his parents are loaded and he will be the one with the new whip when he get’s his license and everyone will love him. Fucking hate this kid. EAT SOMETHING, DAMNIT.

PS- Someone get a paternity test on this chick, Mo’ne Davis has a long-lost sister 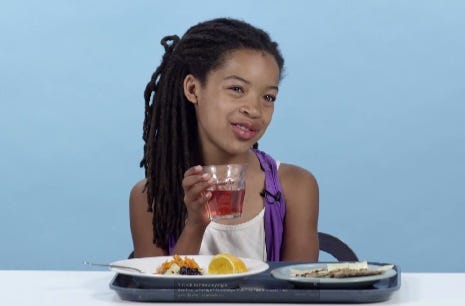