So this tweet got RT’d onto my timeline today. And I thought that was rather strange. $50 to leave a ticket at will call? $50 to allow someone else to see the game so there’s not an empty seat. Very strange I thought, but hey, it’s the NFL, maybe it’s not all that ridiculous. So being the Natey Brokaw that I am, I looked up every other team’s will call policy. And would you believe it if I told you I found ZERO other teams that charge fans to leave tickets at will call?! Would ya believe it???? That only your Washington Redskins, owned by one midget fuck Dan Snyder, are the only team that charges to leave a ticket at will call. And it’s not like a $5 “processing charge” or some shit. It’s 50 fucking dollars. This team goes out of it’s way to nickel and dime their fans at any corner possible. It’s a billion dollars to park 3 miles away from the stadium. Dan Snyder sues old ladies. He sues newspaper columnists for writing mean words about him. Remember the time he gave his employees apples instead of Christmas bonuses? And now we find out he is the only owner in the NFL to charge fans to leave tickets at Will Call. Laugh out loud. The Bengals who are notoriously cheap to the extent they were featured in a John Oliver rant about public funding for teams don’t even charge. The Arizona Cardinals don’t charge. Jerry fucking Jones doesn’t charge. But the Redskins do, because of course they do.

PS: “Hey Nate, why do you make you team look bad?” I want nothing more than for them to win, but I hate Dan Snyder SO SO SO much I want him to burn and die and this is the only way I can do it. I don’t have a mountain to push him off of, I have a blog to do my best to embarrass him on with a tiny bit of hope it makes a tiny difference and something will change with him and this clown shoes franchise I support. 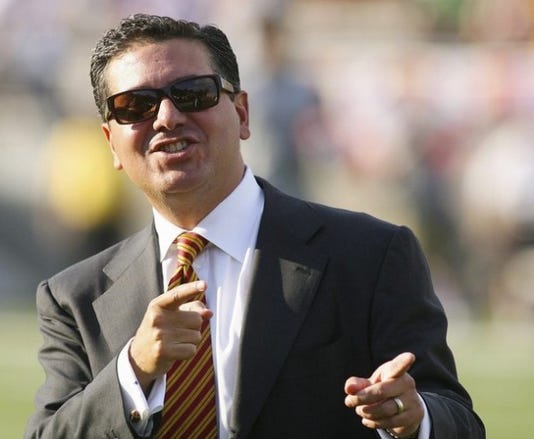