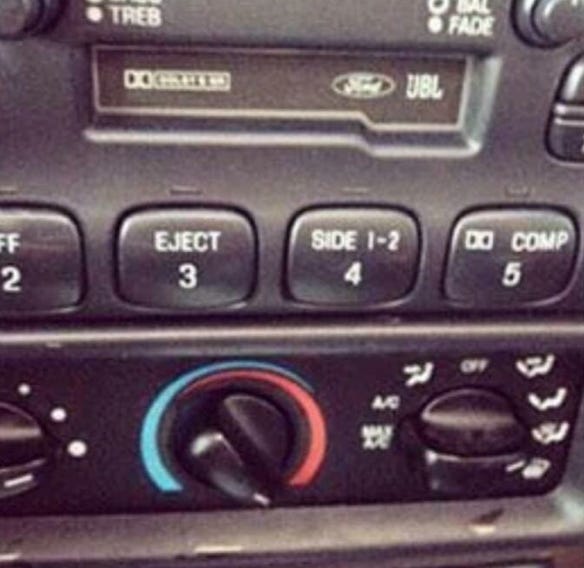 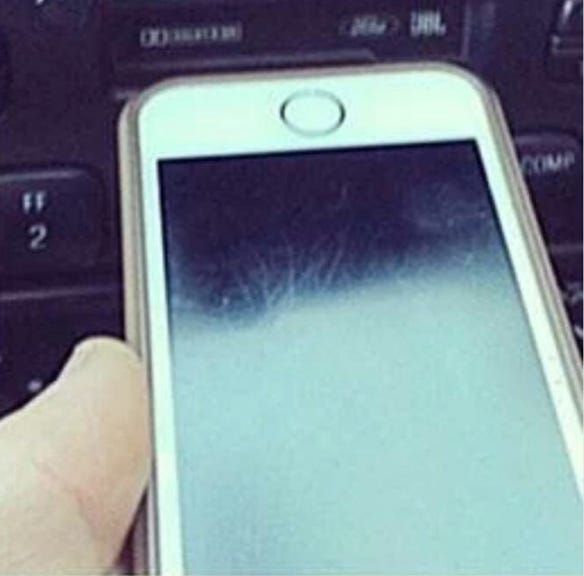 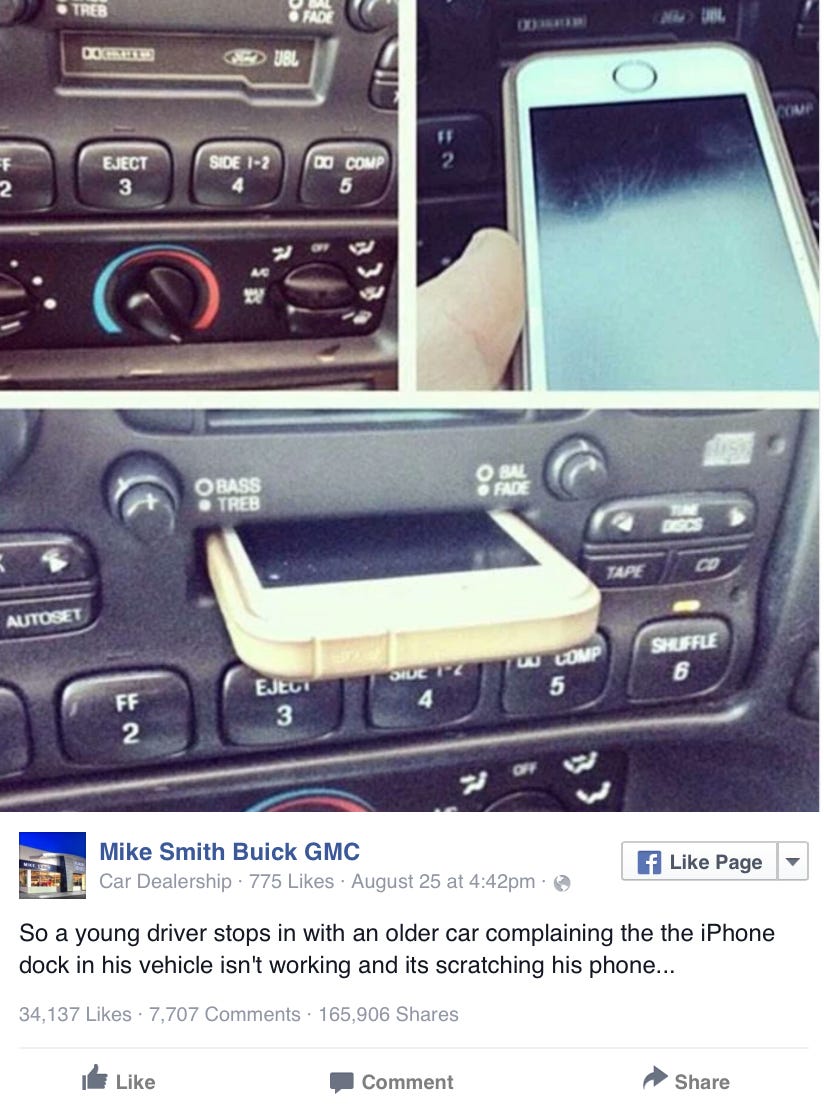 The fact that this happened on Facebook is key.  That place is crawling with people who eat up shit like this.  Those “people” being our aunts and uncles and grandparents who can only grasp the concept of one social media site at a time.  It’ll be another 10 years before they even know what Twitter is. “You mean I just learned Facebook and now there’s a new thing?”  So this kid trying to plug his iPhone into the cassette player was built for the Facebook crowd.  It plays to their demographic.  Guarantee if you go through the comments of that Facebook post you’ll see countless “Kids these days!” or “This younger generation is just the worst!” or “Back in my day we were lucky to have a cassette player in our car!” Talk about low hanging fruit.  Those people can go ahead and die off already.  I don’t blame the kid one bit for trying to jam his iPhone into the cassette player of the car.  I blame whoever sold him that car in the first place.  The times they are a changin’, people.  You gotta change with them. It’s like Big Tom Callahan said, “You’re either growing or you’re dying. There ain’t no third direction.”  Any and all cars need to at the very least have CD players.  A car that has any technology older than that needs to be shipped off to the junkyard and never heard from again. Case closed.