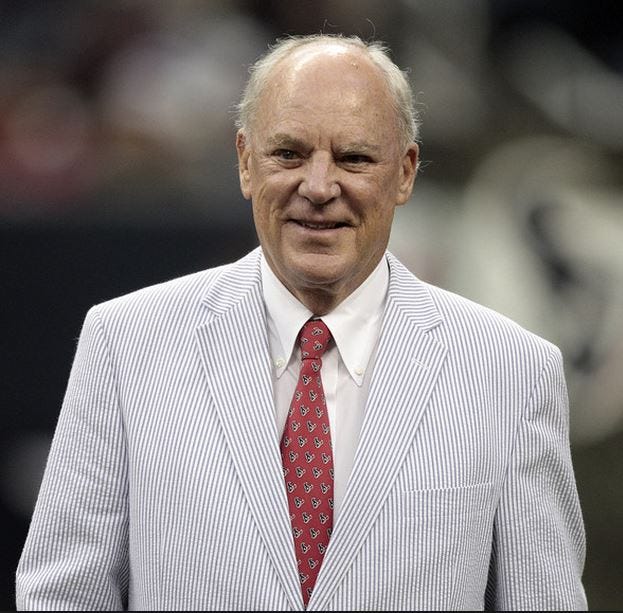 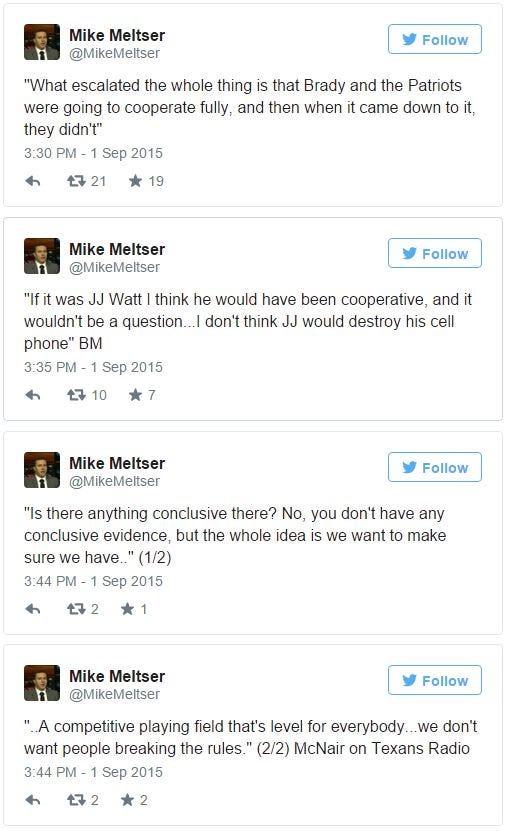 “Carr, like several other quarterbacks, said Denver was one of the toughest places to play,” Battista wrote. “He said he thought the ball expanded slightly at the altitude and felt slick because of the lower humidity. Before Houston’s game at Denver, Carr instructed the ball boys to let a little air out of the Texans’ footballs.”

I got to be honest. One of my favorite pastimes is exposing frauds in the NFL. Jealous and vindictive rivals who speak out of both sides of their mouths. Guys like Texans owner Bob McNair who went on the record talking about the integrity of the game and how moral and upstanding his players are. How JJ Watt would’t destroy his phone, blah, blah, blah.  Yet this is the same man who defended Brian Cushing when he was caught using steroids because he said he suffered from a totally made up disease called over trained athlete syndrome that only 1 person on earth suffered from. The same owner who didn’t seem to have a problem when the starting QB of his own team openly admitted to deflating footballs. But suddenly with the Patriots it’s about making sure there is a competitive playing field for everybody. Again the Texans admitted they cheated. The Patriots haven’t been caught doing anything and he wants us punished? Hysterical! Like I said last night Bill Belichick and Tom Brady murdered the Texans in cold blood in 2012 and left their bodies in the gutter to rot. That’s all there is to it. Bob McNair knows his only chance to compete with us is to hire all of our ex coaches and players and try to get our QB suspended. God it’s great to be king.