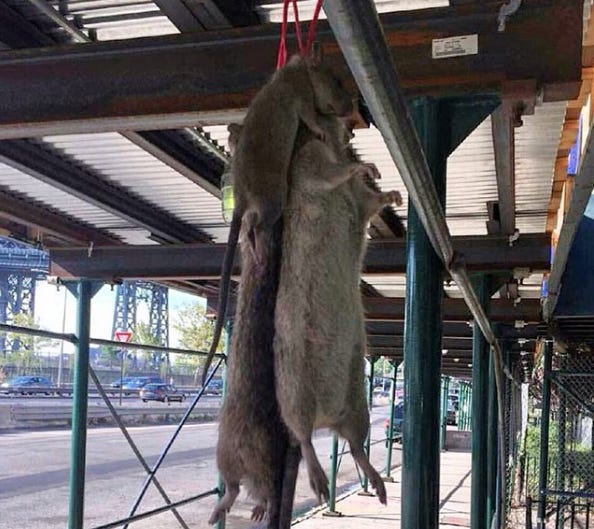 Bowery Boogie – Monday morning, we posted a rather gruesome image of three rat carcasses strung from scaffolding outside theBaruch Houses. In fact, these were some of the biggest rats we’ve ever seen. The violent display, while gagworthy, was seemingly out of nowhere, and without context. A mystery on the FDR. Until now. The rat adornment was apparently a desperate attempt at calling attention to the purported infestation of NYCHA along the waterfront. So, it would appear that at least one resident is clearly pissed. And the technique clearly worked. A tipster fills in the blanks: “Someone is trying to get the city or NYCHA attention. No one’s is trying to fix the problem with these rats they even come out in the day time. People with small dogs are scared to walk them at night cause these rats are also aggressive.”

My only question is how did this person make it through Leonardo, Donatello, Michelangelo and Raphael before getting to Splinter? Unless fucking Beebop and Rock Steady are marauding the streets of the Lower East Side I dont think I can figure this mystery out. Master Splinter wouldnt allow himself to be done like that by some LES hipster.

To be perfectly honest I’m more worried about that person wandering the streets straight up SLAYING monster rats and lynching them. Dont get me wrong, I’m not thrilled about MegaRats strolling the streets. Those things look like the Rodents Of Unusual Sizes in the swamps of the Princess Bride: 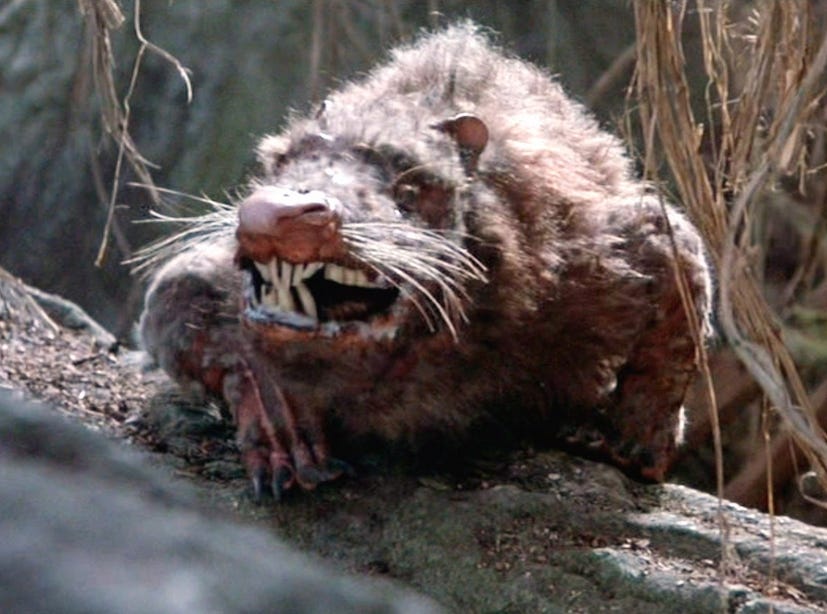 But whats scarier than that is the person who took down those rats and dangled their dead carcasses on display. I mean, mission accomplished, I guess. Consider my awareness FULLY fucking raised. Definitely, definitely aware of the gigantic rat problem. But I think we’ve got some Pre Crime on our hands for the Rat Slayer.