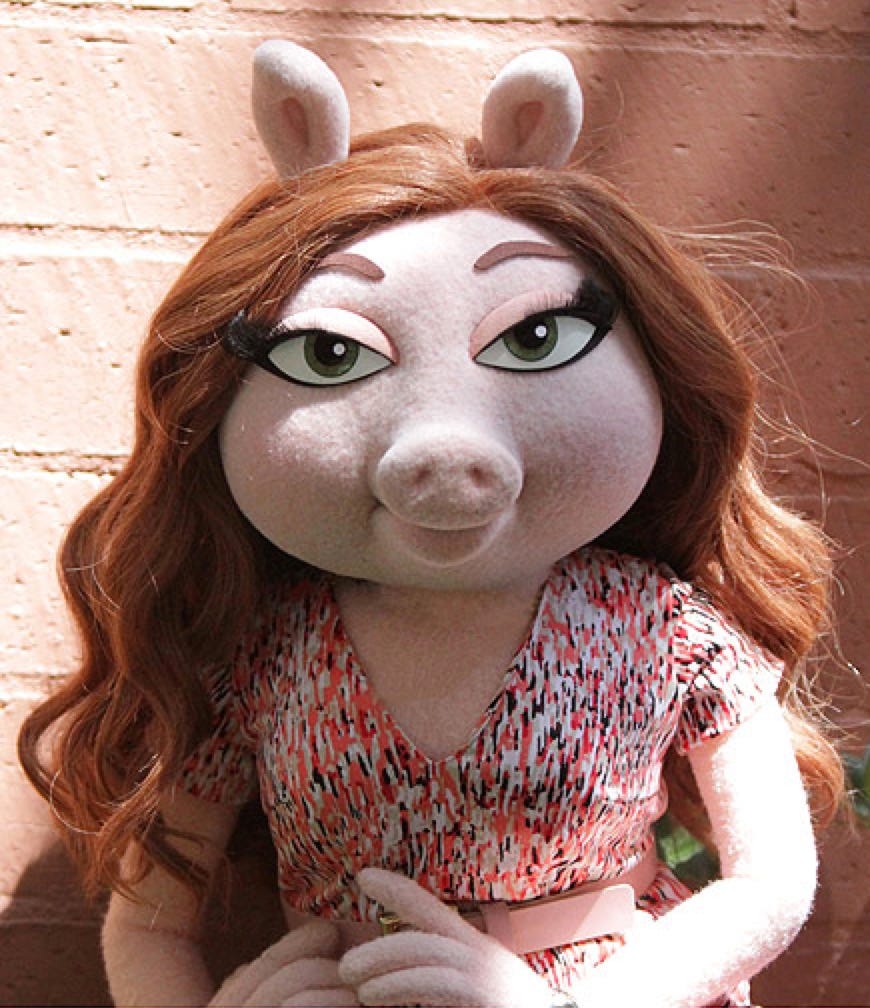 People – It’s been less than month since Kermit the Frog and Miss Piggy announced they were splitting after four decades together, but it appears the plush amphibian has already moved on.

Kermit, who is still working with Miss Piggy on her late-night talk show Up Late with Miss Piggy – a situation that is being documented on the upcoming ABC series The Muppets – has been spotted around town numerous times with a head of marketing at ABC named Denise, a source tells PEOPLE exclusively.

“She’s always stopping by the set of Up Late,” the source says of Denise.

First of all, if there’s any better place to be in the world than a source in a People Magazine story gossiping about Muppet relationships, I’ll be damned if I know what that is. But secondly, much like that M&Ms commercial in which the red M&M is unwittingly sucked into a couple’s game of sexual cat and mouse, more than anything I’ve just got some questions to ask: 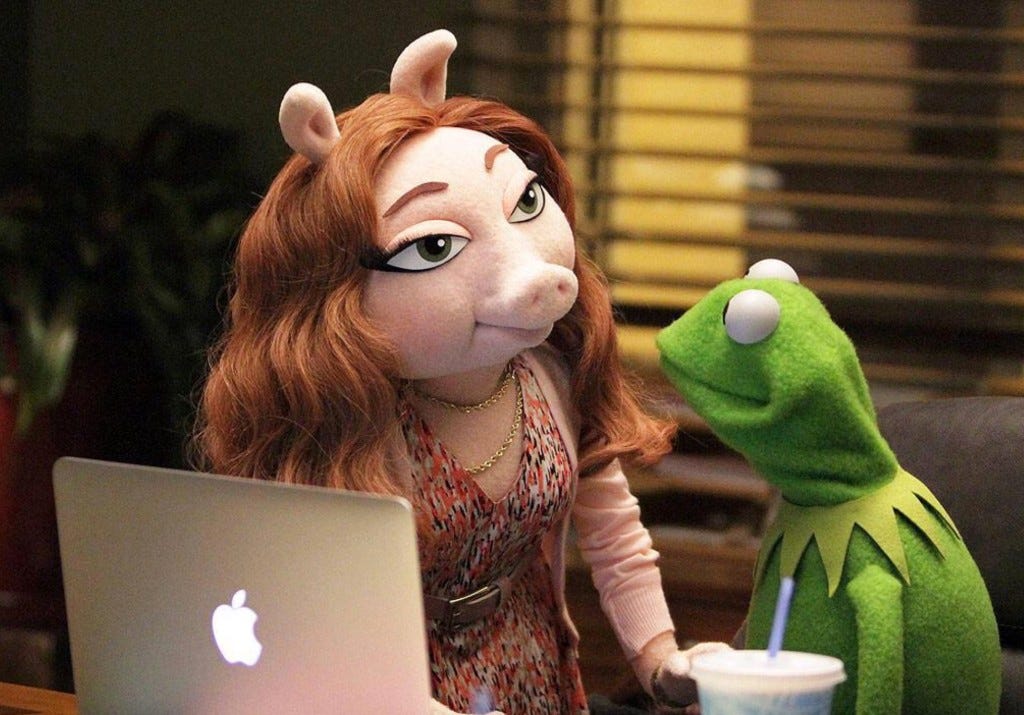 -Just throwing this out there right away: As far as Muppets go and without knowing her personality, Denise is a million times hotter than Miss Piggy and no one can disagree with that, right?

-Do all Muppet frogs tend to date Muppet pigs? Or do all the women frogs at the hair salon find out this news and go, “There it is again, another pig taking one of our fine frog men?”

-Or is Kermit more of an individual and just super into pig chicks, kind of like when a white guy is way too into Asian chicks?

-Is there a pig cultural equivalent for Kermit like the white guy into Asian chicks learning Japanese, watching a lot of Dragonball Z, or eating things with chop sticks not intended to be eaten with chop sticks?

-Why did this go so racial so fast?

-Does ABC generally employ Muppets in their corporate offices? Diversity is great and all maybe we should inform Disney stockholders if one of our networks’ heads of marketing is a talking animal made of felt who also sleeps with the talent?

-How solid is this comparison of Denise and Olivia Wilde? 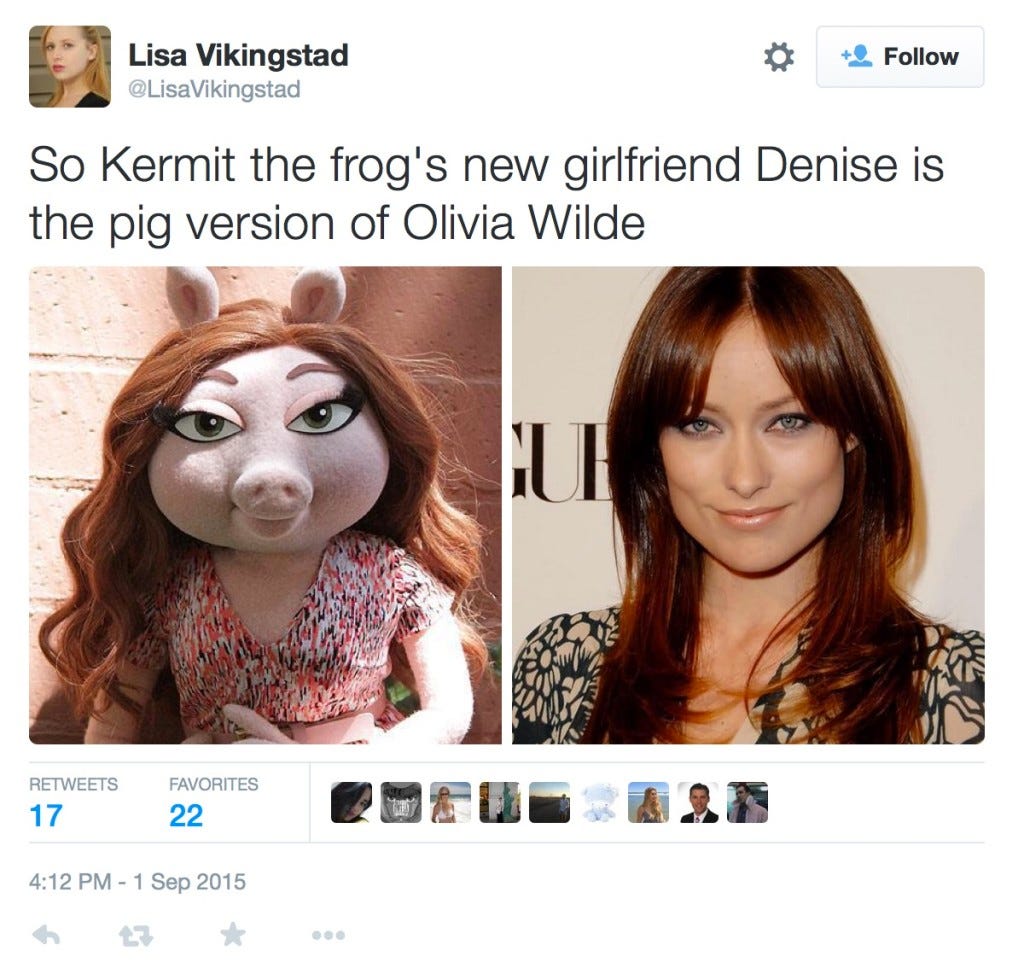 -How is Miss Piggy going to take this?

-Would it be wrong if ABC’s new Muppets show opened with Miss Piggy responding to this news by getting addicted to morphine like Mr. Robot or committing suicide by putting herself on a rotisserie with an apple on her mouth?

-More likely, Miss Piggy seems like the “get over it by getting under it” type so which Muppet is most likely to be Miss Piggy’s rebound in the new show?

-It’d have to be Gonzo purely because he’s so needy and she’d be so desperate to feel pretty again, wouldn’t it? Though I wouldn’t rule out Fozzy Bear having a big dumb bear cock to balance out his ineptitude at comedy

-How much does it pain me that with a new city expansion we don’t have Black Barstool yet? 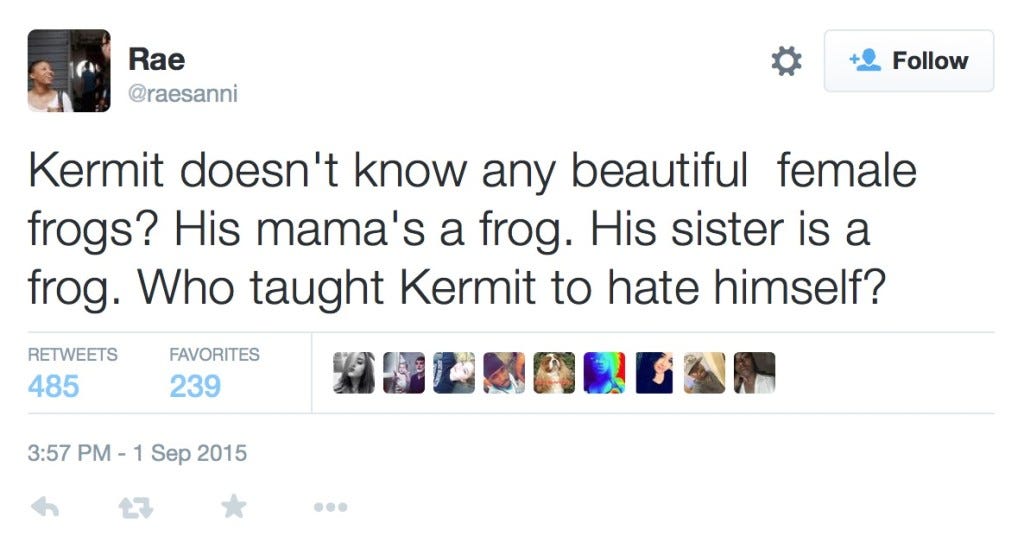 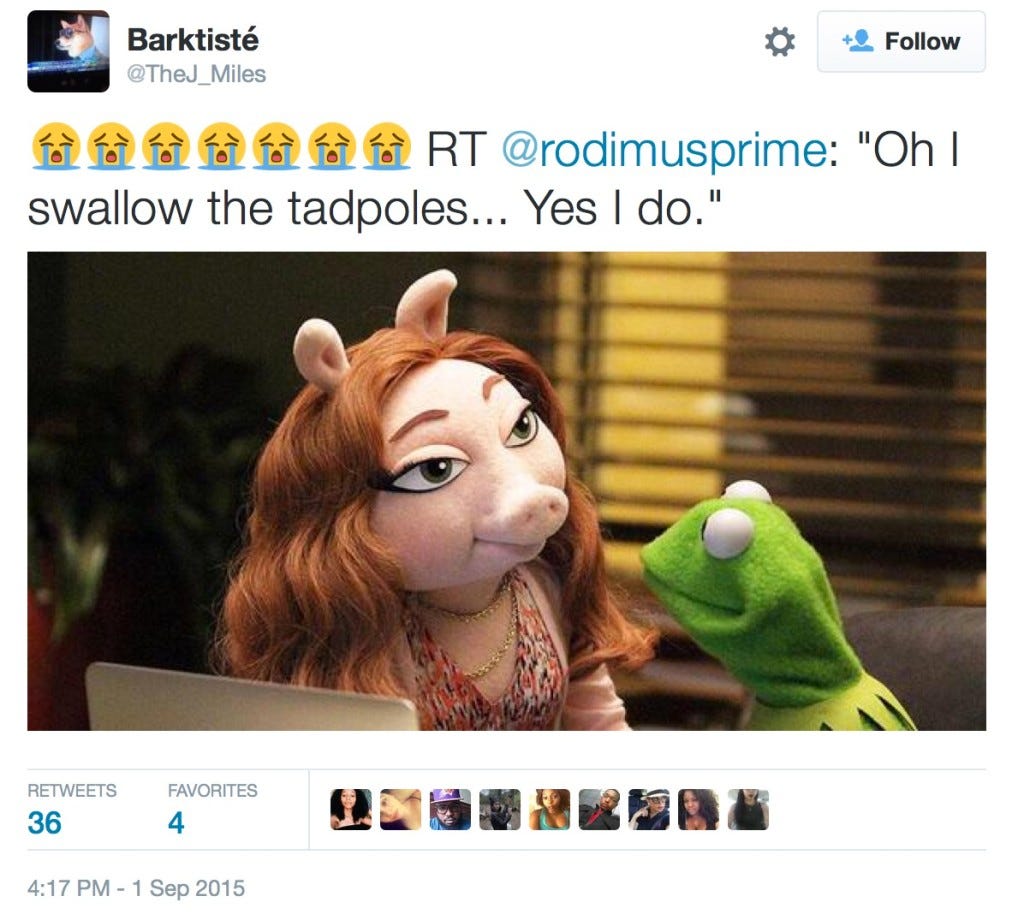 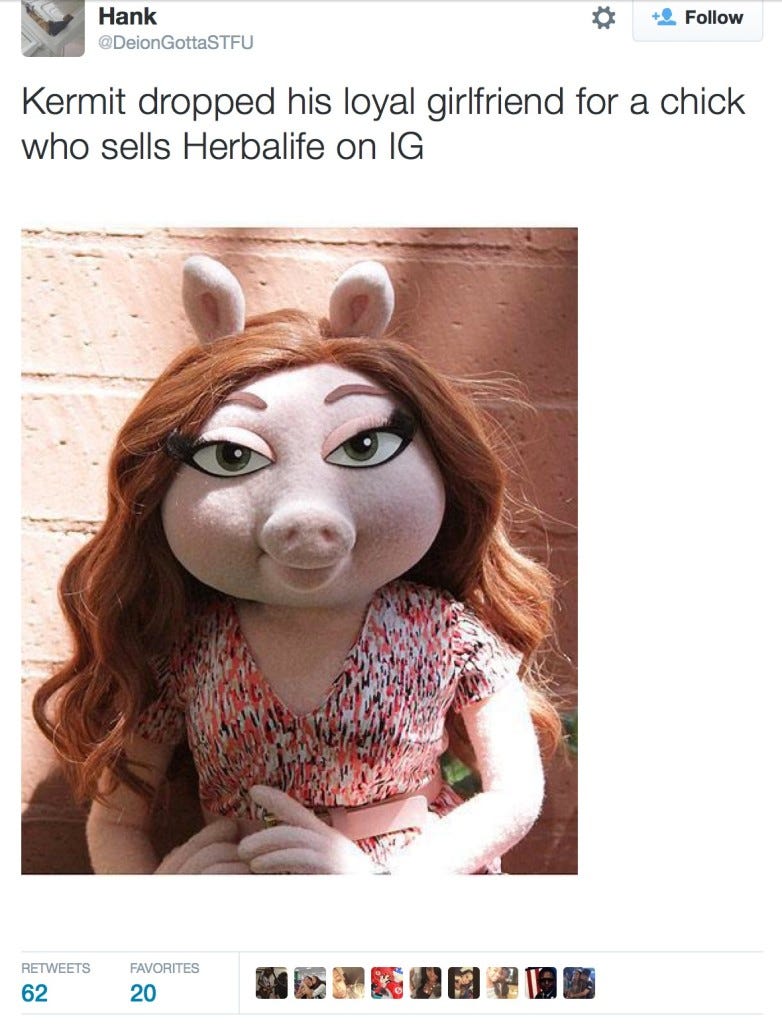 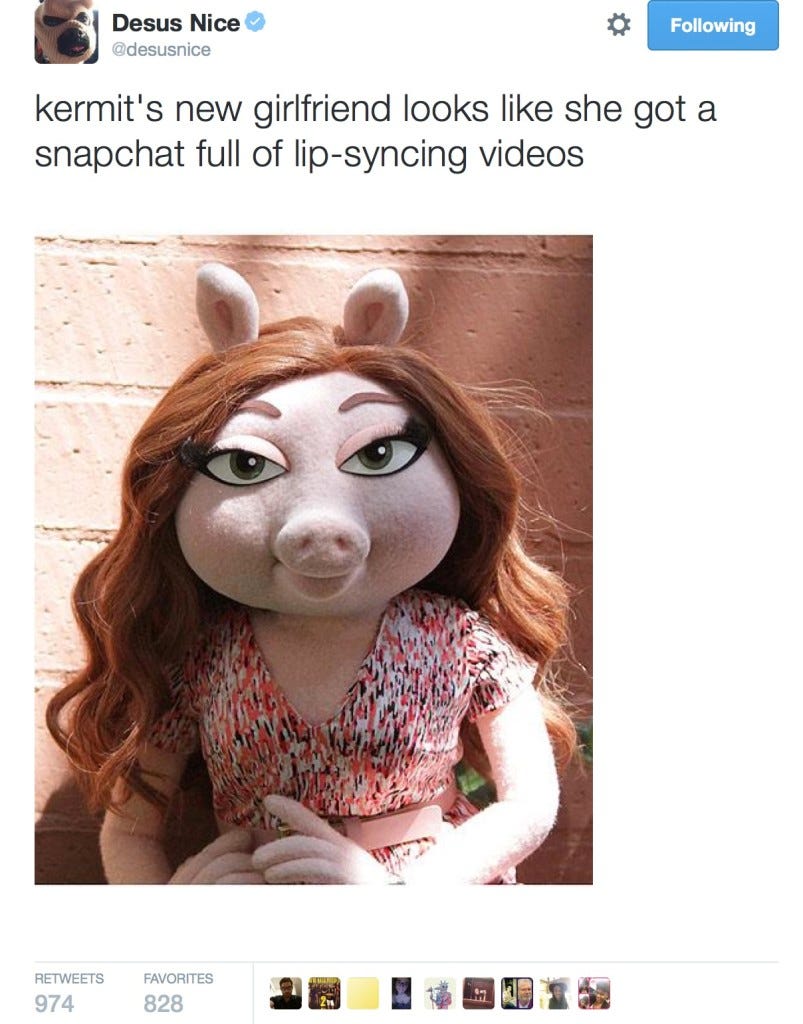 -And lastly but most importantly: Are there Denise nudes?

I think that about covers it for me. The answers to some of the questions, hopefully the nudes one in particular, will be on the Muppets’ new show on ABC in September.