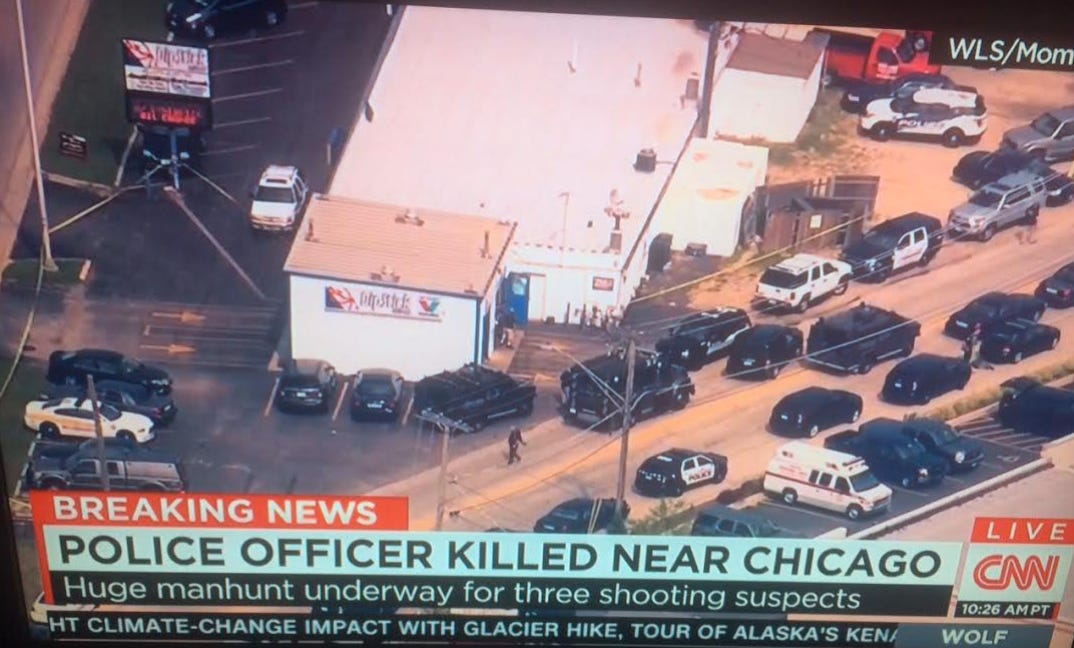 The officer said on his radio that he was in a foot pursuit when communication was lost, Covelli said. A backup officer responded and found the officer injured with a gunshot wound.

Covelli did not comment on the officer’s condition, but a law enforcement source told the Chicago Sun-Times he was killed. The three suspects remain at large Tuesday morning. Authorities are using canines, helicopters, SWAT teams and officers on foot to search for the subjects.

All residents are asked to remain inside and call 911 if they see anything suspicious. Grant Community High School at 285 E. Grand Ave. in Fox Lake is currently on lockdown, according to a statement posted to the school’s website. “A police matter is occurring in the community and for the safety of our students and staff, they have requested we remain locked down,” according to the statement.

Sad news out of Fox Lake this morning. Hopefully they find these fucking scumbags and make them bleed. Obviously if you see something please call authorities and help them out. And definitely follow the lockdown notices they’re sending out. Think that helps the police officers more than anything else, listening to their directions in times of crisis.