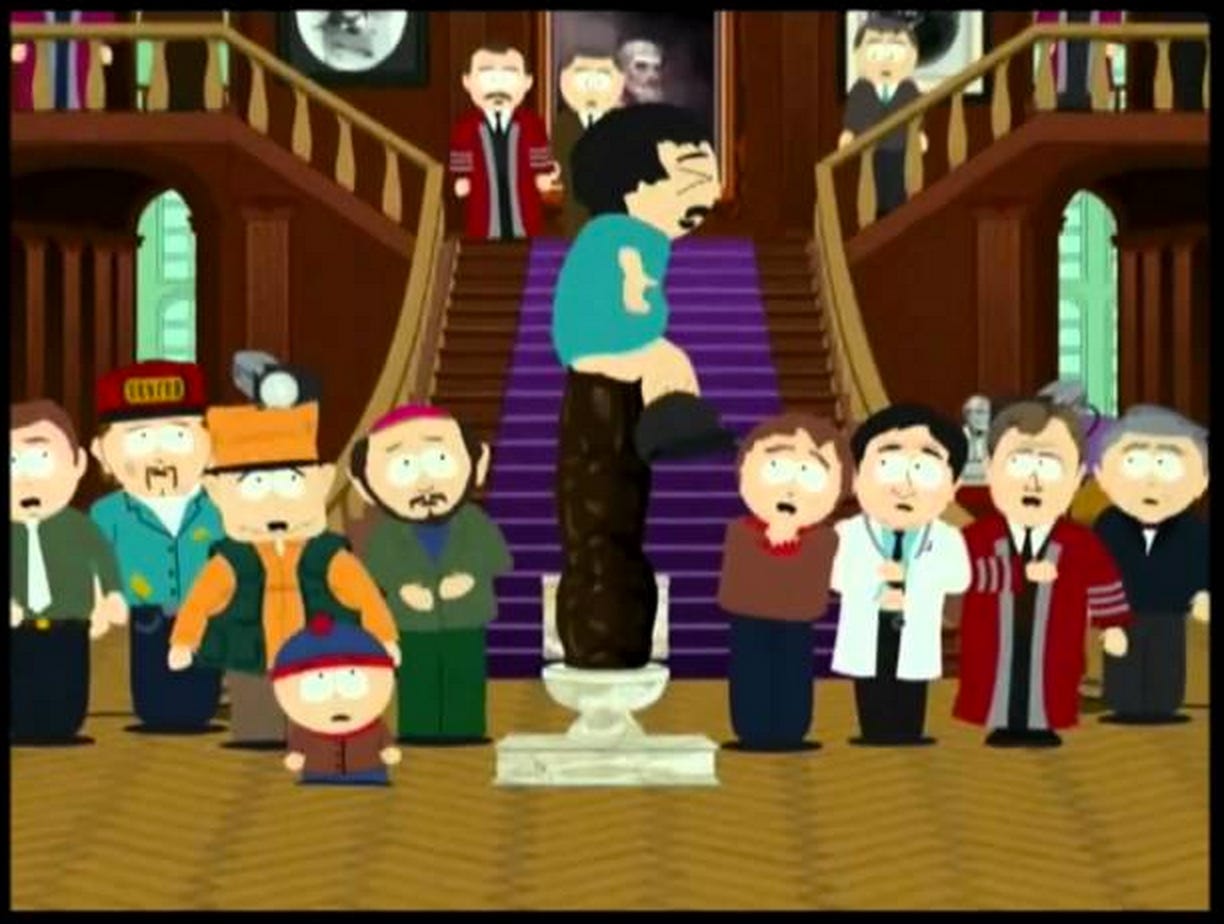 Fox News - A 27-year-old man who was suffering from severe constipation for 10 years underwent surgery to remove a large stool from his colon. The unidentified patient was evaluated at Second People’s Hospital in Chengdu, China, after complaining of stomach pain, Central European News (CEN) reported. While he had been admitted for the same pain previously, doctors had been unable to diagnosis the cause. A series of X-rays revealed that the patient’s heart had shifted to the right because his colon had swelled to twice the normal size, CEN reported. Doctors diagnosed him with congenital megacolon, which can cause paralysis of the movements of the bowel and can sometimes lead to fecal tumors. Surgeons later removed an 11-pound stool that had lodged itself in the patient’s colon and caused his severe pain. He is currently in recovery, CEN reported.

I wouldnt wish a decade of constipation on my worst enemy. Except for Portnoy of course. Thats different though. If had a genie with three wishes I’d wish three times in a row for Portnoy to not be able to shit for 10 years. Just have that dude constipated for 30 years and have his colon swell to the size of his nose. But other than Dave, I’d never wish that on anyone. Its like when Method Man sewed that guy’s asshole shut and just kept feeding him and feeding him. Pure torture to not be able to dump for a decade.

But how the fuck do you let that get to this point? There is no excuse for just sitting around not pooping this long. If I missed my window like ONE TIME I’d be funneling Milk of Magnesia and Ex Lax and shit. Just straight up doing shots of Visine. Get that shit OUTTA ME. Literally. Leave it up to an Asian guy to not know how to poop. Like how do you fuck that up? Chinese people are so weird they cant even shit right. The 100% natural, automatic process that every body alive goes through and this dude sits around for 10 fucking years not pooping. Just crossing his fingers every day for TEN YEARS that today’s the day he’s gonna unleash a 20 Couric dump. Wake up in the morning being like “This is it. I can feel it. I’m gonna shit today.” and then going to bed like “Oh well we’ll try again tomorrow.” Goddam idiot. Bottom line if you end up with a megacolon thats your own damn fault. Everyone is in charge of their own asshole. Figure it out.