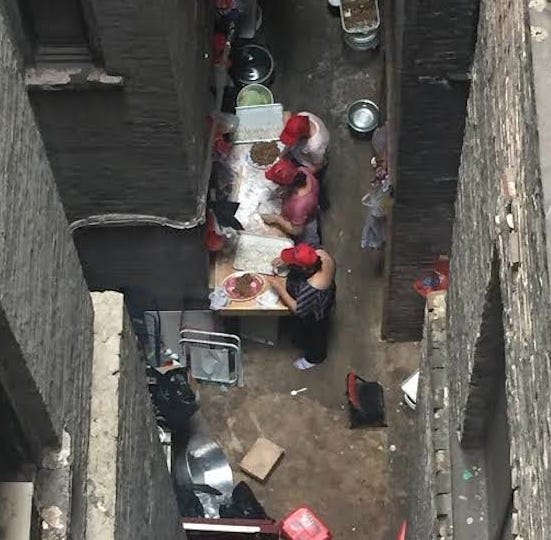 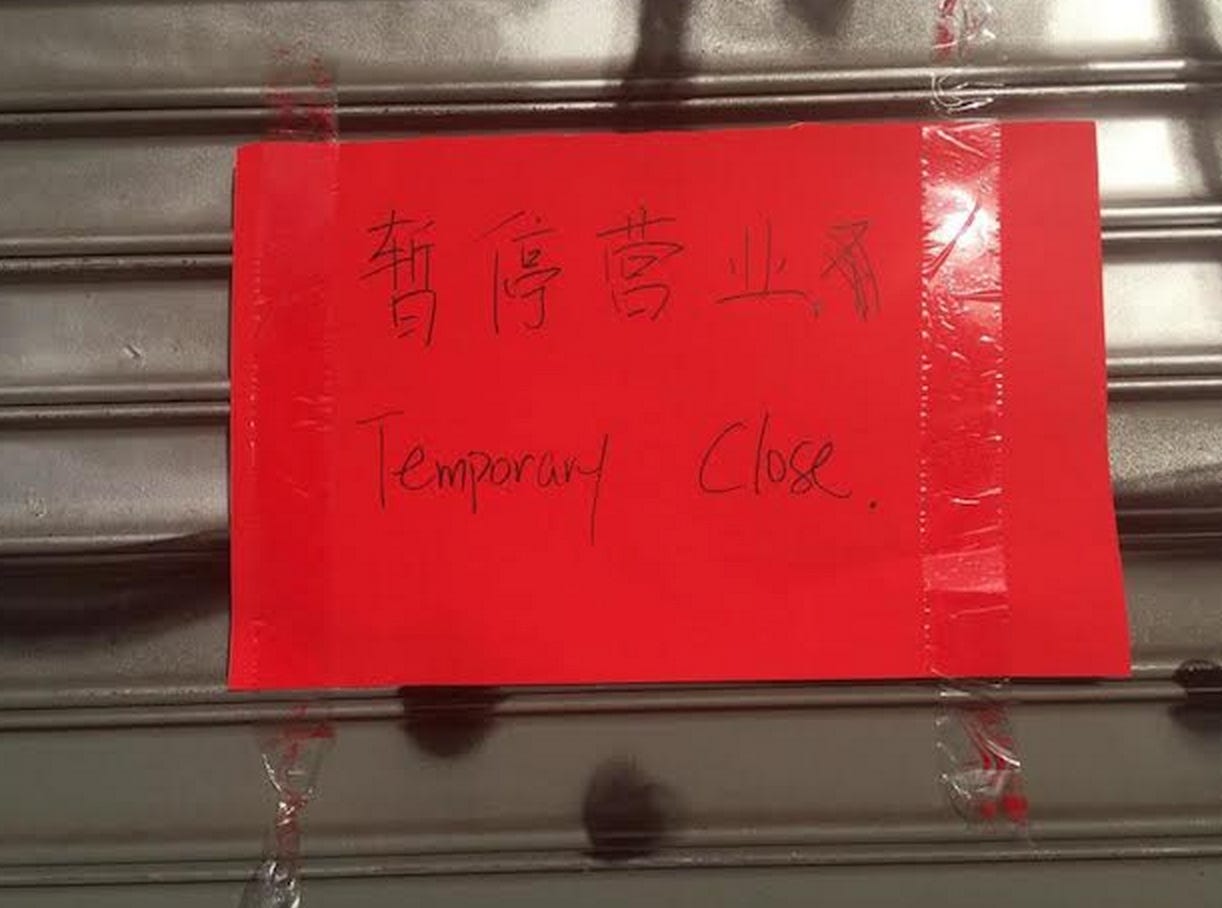 Gothamist – [UPDATE BELOW] Prosperity Dumpling has closed following publication of a gruesome photograph of dumplings being assembled in an alley beside some rats and trash. Sorry everyone? On the bright side, it’s almost certainly only temporary. After the Health Department saw the photo yesterday, a spokesperson told us this morning that “the Department has treated this photo as a complaint and will investigate.” Apparently they didn’t have to probe too deeply, since it was shuttered this afternoon.  We’re awaiting more details, and will update this post when we get them. Update, 6 p.m.: Speaking by phone, the owners’ 21-year-old daughter said, “We’ll reopen as soon possible.” “We care about all of our customers. We always try to make the best dumplings and the freshest dumplings for everyone, but anyway, we made a mistake and we’re trying to fix it. We will keep the inside of the store clean and the outside clean.”

Listen if you got a problem with 3 Chinese guys rolling your dumplings next to a dumpster in the alley, you just arent cut out for Chinese Food. You just arent about that life. And thats totally fine. I’m not gonna sit here and tell you that you should eat Dumpster Dumplings and be happy about it. If you are above that, thats probably a good thing. I’m just saying I, for one, am not above that. Every single time I order Chinese food this is pretty much what I envision is going on. As long as they arent actually rolling the rats up in the dumpling, I consider it a win. Like big whoop. My dumplings were NEAR the rats? My dumplings shared the air with the garbage? No fucking kidding. Its Chinese food. What did you expect?

So thankfully this place is just Temporary Close. Because the reality is, the diehard fans of this restaurant probably already knew this and accepted this. Shutting it down only punishes them. Just be a little more discreet about your Dumpster Dumplings and lets get business going again.

PS – Love this excuse “We always try to make the best dumplings and the freshest dumplings for everyone, but anyway, we made a mistake.” That “but anyway” is amazing. But anyway instead of making them fresh we made them surrounded by garbage and vermin. Minor mistake.