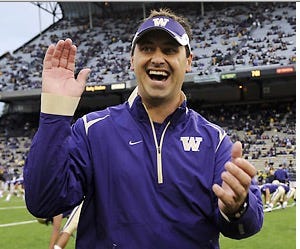 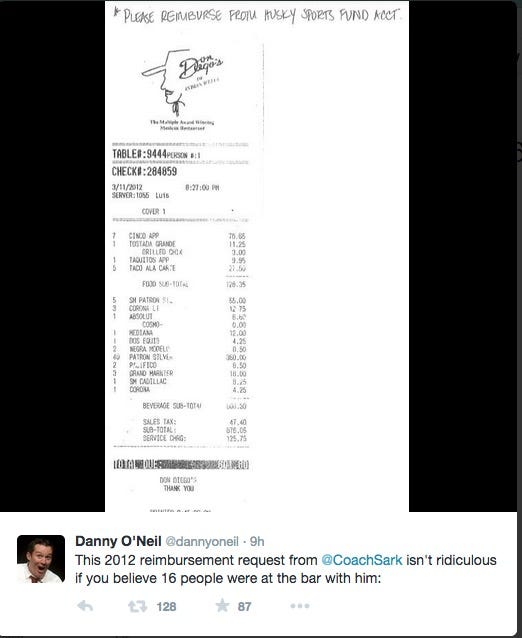 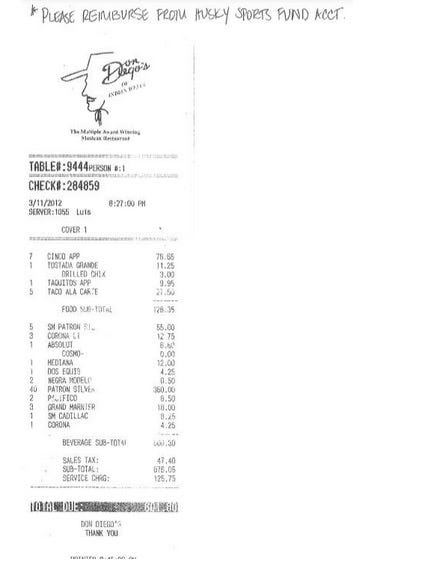 Pacific Takes – In light of the recent Steve Sarkisian booze event at Tribute to Troy, this recent bit of news might not come at the best time for Sark. This might be innocuous, this might not be innocuous. But I don’t think the University of Washington is going to be thrilled how Sarkisian was using his money back when he was their head coach in 2012.

Over $500 were spent on Alcohol at Diegos one March evening and then billed right back to the Washington Huskies. Here is a bill from Don Diego’s of Indian Wells via Danny O’Neill of ESPN Radio.

Ok not to beat this story to death but this is hilarious. Poor Sark, when it rains it pours all over your booze filled head. I mean any other day this story is absolutely no deal at all – every program in the country does this, takes boosters and VIPs out to dinners and expenses it right back through the sports department. I don’t even know if that’s against any sort of rules or regulations, and if it is I’m sure nobody cares.

But when it’s ONE DAY after a video comes out of you getting lit up and talking shit and having to be pulled off stage at a school sponsored event and tucked into bed by your AD, fans and alumni are calling for you to be fired, the media is all over you, and someone tweets out your bar bill featuring…

40 shots of Patron SIlver, plus another five shots of some premium version of Patron Silver
One shot of Absolut vodka
One Dos Equis beer
Two Negra Modelo beers
Two Pacifico beers
Three Grand Marnier cognac liquer
A Cadillac, which I believe is a margarita
Three Corona Lites
Mediana, which I believe is 0.33 a liter of beer
One additional Corona

Damn narc from ESPN just blowing up Sark’s spot like a motherfucker.

PS – How many people you think were with him at this dinner realistically? 4? 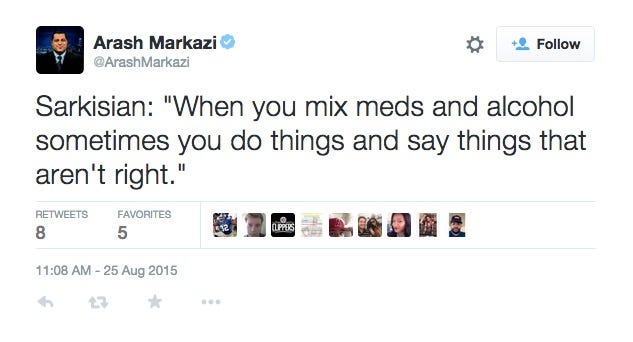 Yeah but how else are you supposed to party? 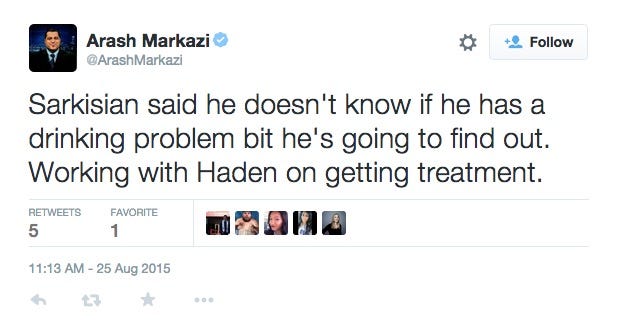 Jeez, guy gets drunk in public one time and has to “seek treatment” 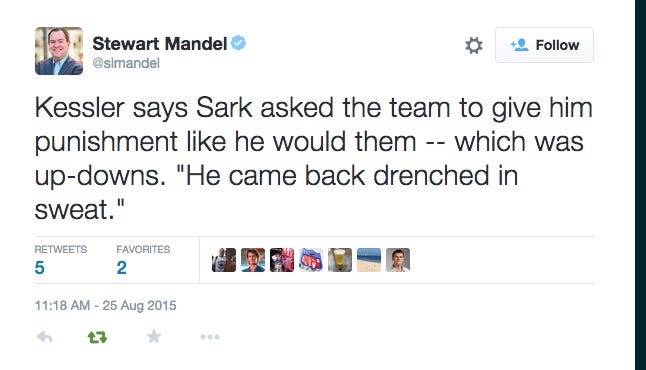