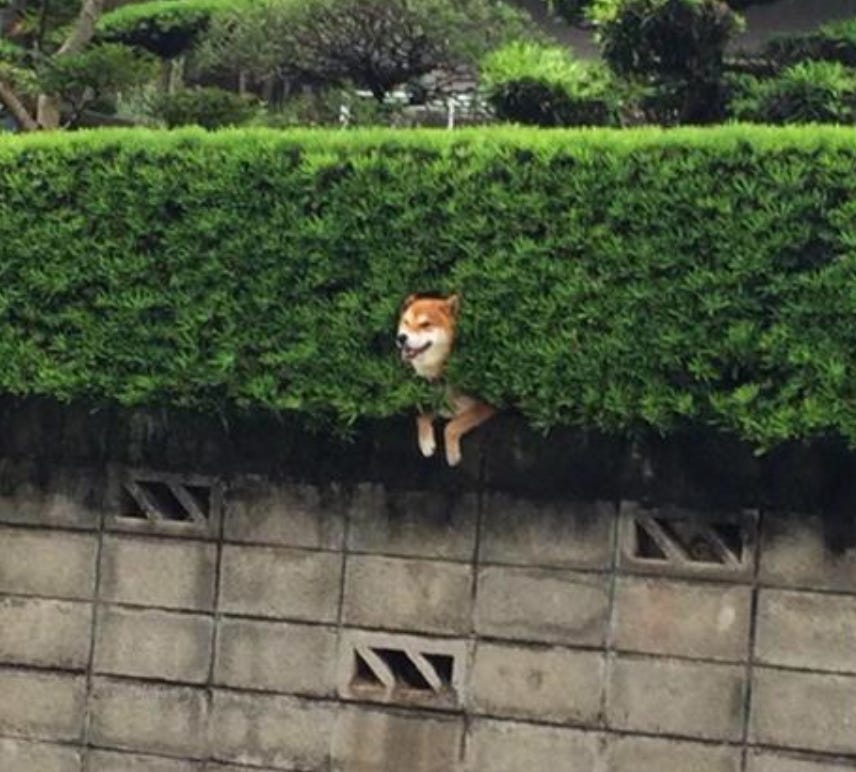 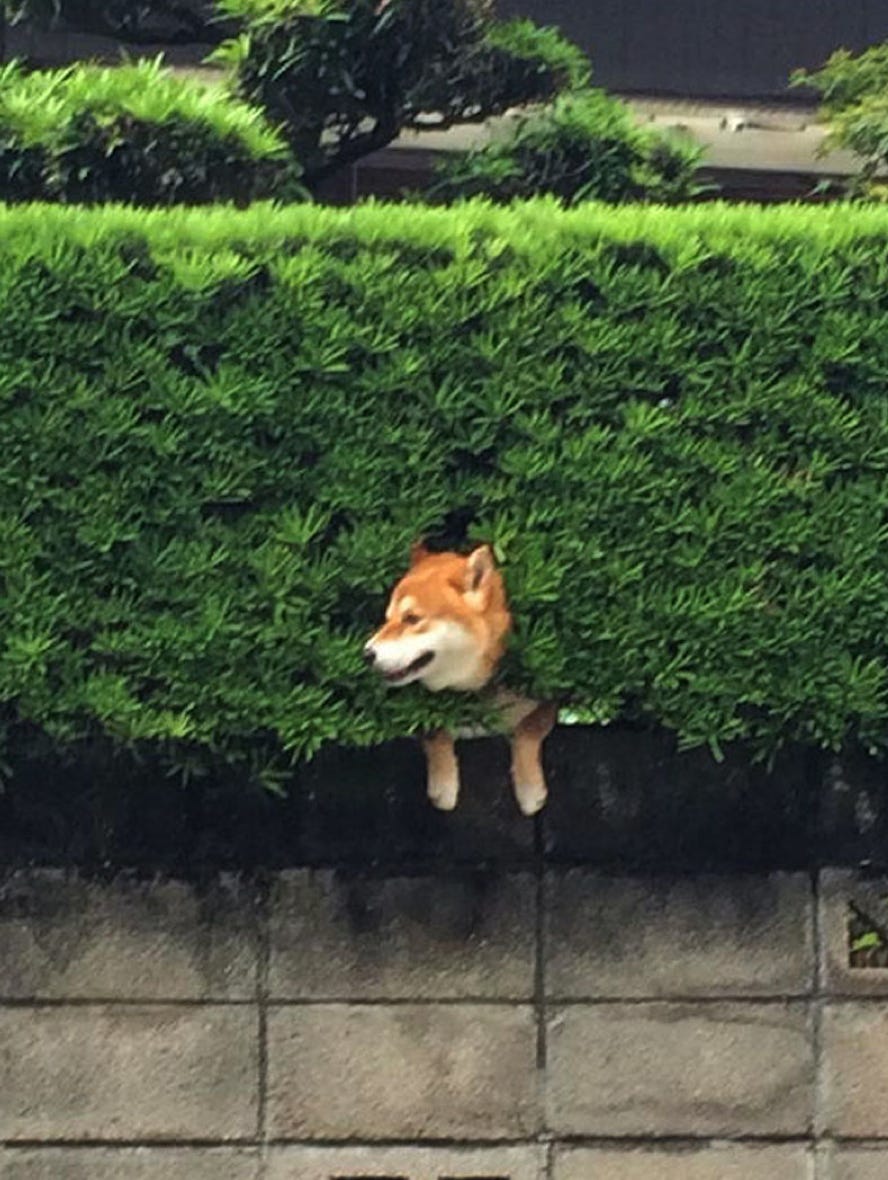 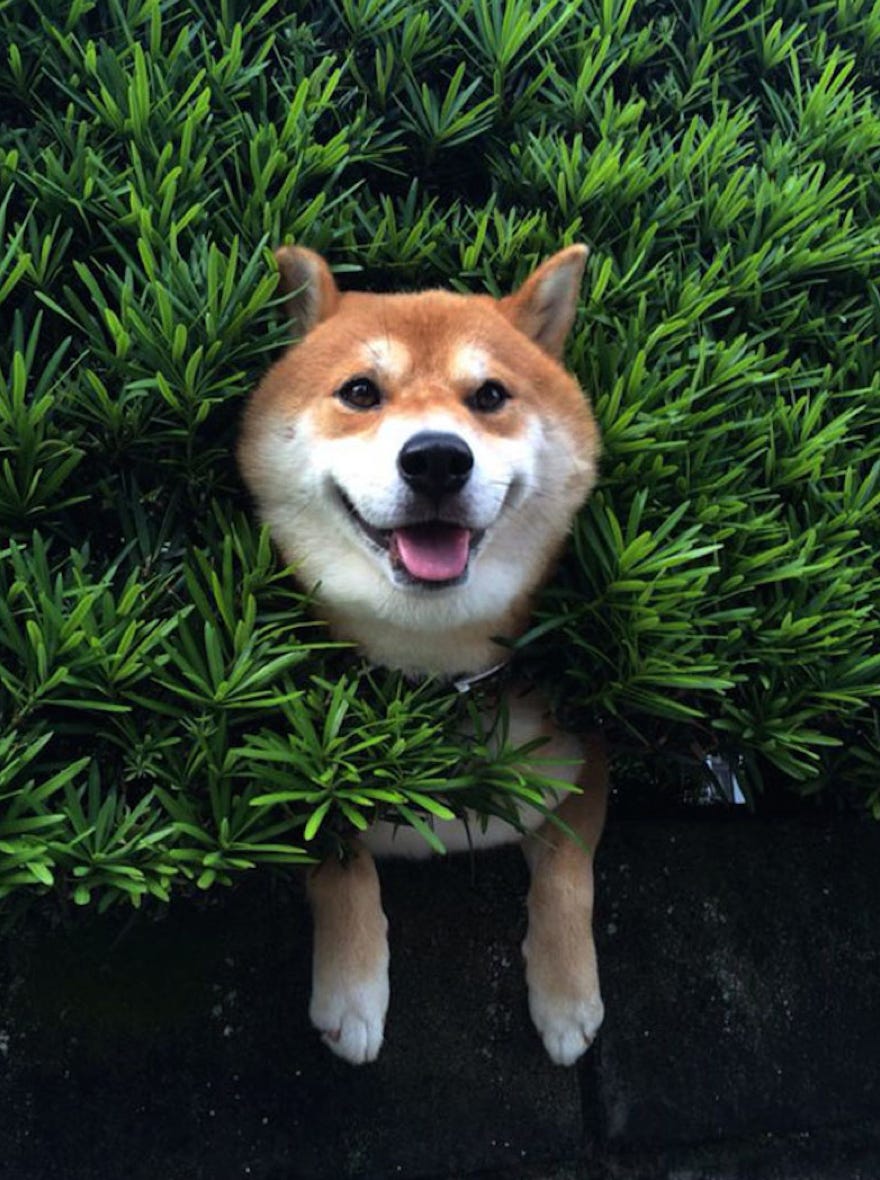 Inquistir- A Shiba Inu stuck in a bush was caught on camera with an adorable smile. When you think of a dog stuck in a bush, you would immediately picture it struggling and trying to be free, or at least barking at you for help. But not this Shiba Inu. All it has for you is a simple smile that would melt your heart. As Metro UK reports, a Japanese Twitter user uploaded images of the Shiba Inu stuck in a bush on Twitter last week with a caption that translates to, “It’s stuck!” The tweet with the three images has since been deleted from the account of @yamamochi223, but the photo has been retweeted 12,259 times and favorited 11,751 times on the original post. The incident was captured on camera on August 17 as the Twitter user was walking when the unusual occurrence caught his eye. Not a care in the world, the Shiba Inu seems to be enjoying his spot while watching passersby on the street.

That’s the Monday morning pick-me-up we all needed!  Still reeling from the texts you fired off at 3am Saturday night/Sunday morning and can’t decide if you should send an apology text or just ignore the situation completely until it happens all over again a week from now?  Look at that dog’s face. You’ll feel better. Stock market crashing and the whole world is about to plunge into economic anarchy even though you don’t fully understand what’s happening ?  Look at that dog’s face.  It’s like magic. It’s not gonna make today not Monday but it helps take some of the pain away.  It’s the simple things that get you through.  Dog stuck in a bush.  Not only that, but dog stuck in a bush and looks really really happy about it.  Happy as clam watching cars and people walk by.  Almost like that’s where he wants to be and it probably is.  The sun is shining, birds are chirping and that dog is totally content chillin in a bush.

So the next time you look up at the clock and think it’s gonna say 3:30 and instead it says 12:30, just come back here and look at this face to make everything better