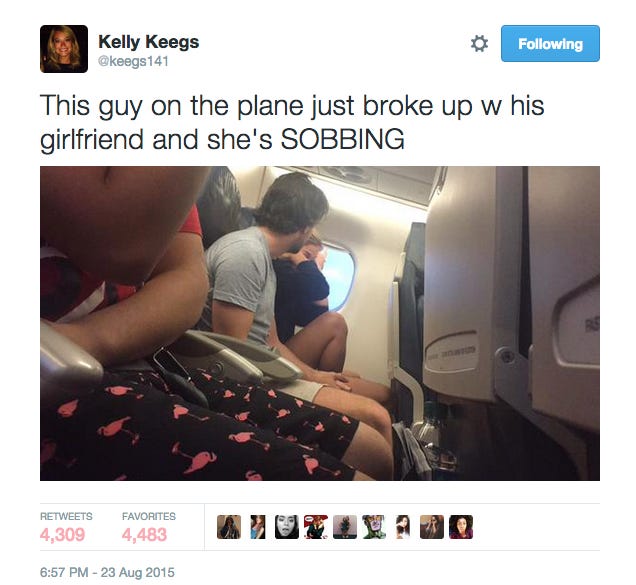 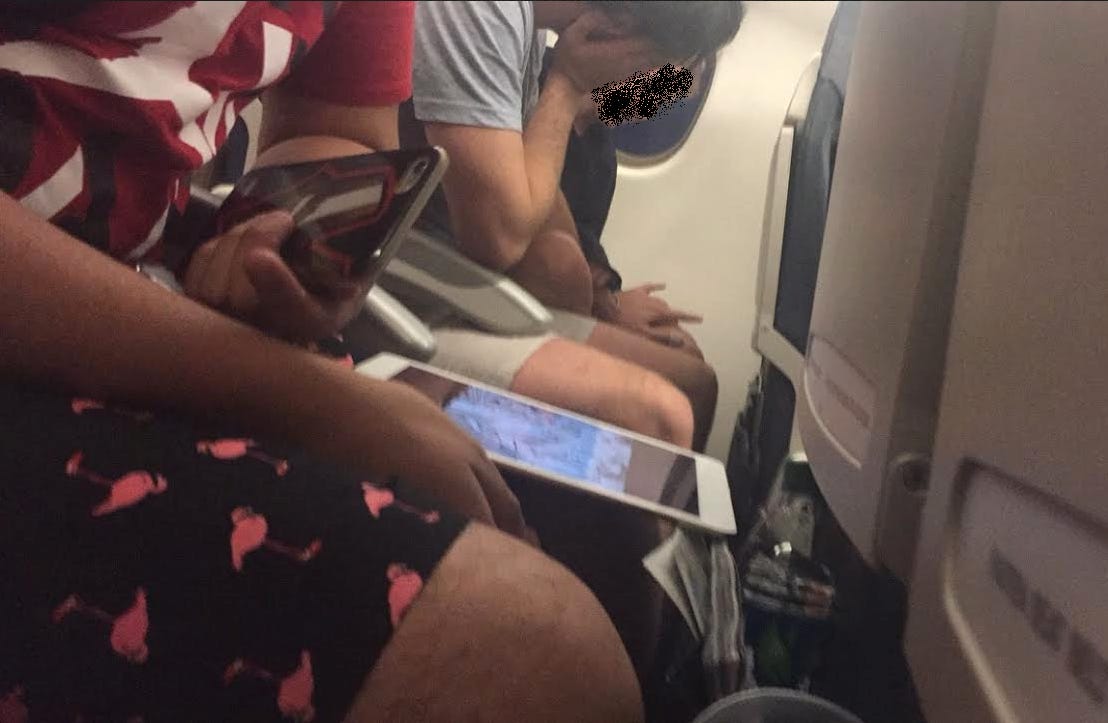 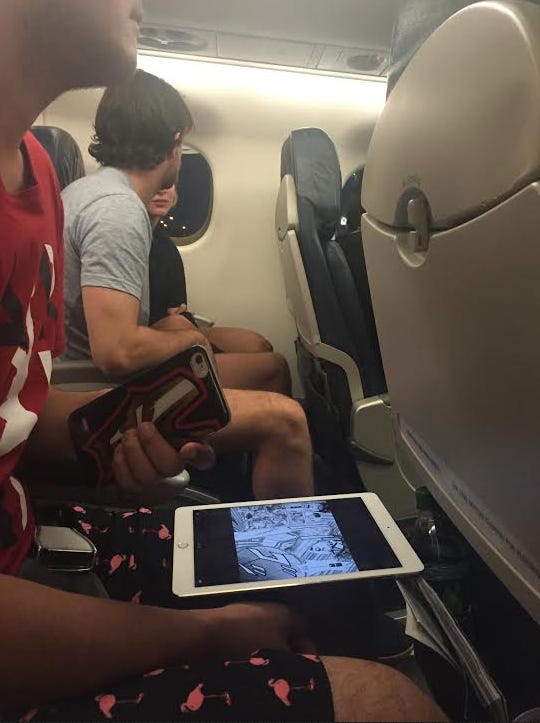 Last night, something special happened. There was one of those incredible candid moments where the Truman Show came to life. The entire world got to witness actual reality TV. We got to see the Vegetable Lasagna episode from Seinfeld in action. Long time listener of Mailtime and KFC Radio and loyal Barstool reader Kelly Keegs narrated a couple breaking up on a plane. Delayed takeoff, waiting on the runway, and the dude decides that right then, right there, he’s gotta axe this chick. Its the most barbaric, heartless break up move I’ve ever seen. Its also the most reckless and dangerous break up move I’ve ever seen. And yet somehow, its also the most courageous move ever. You almost gotta respect this man being so fed up, he had to break up with her that exact moment.

The entire timeline of the night, the narration of the story, and Kelly’s email of the details are below: 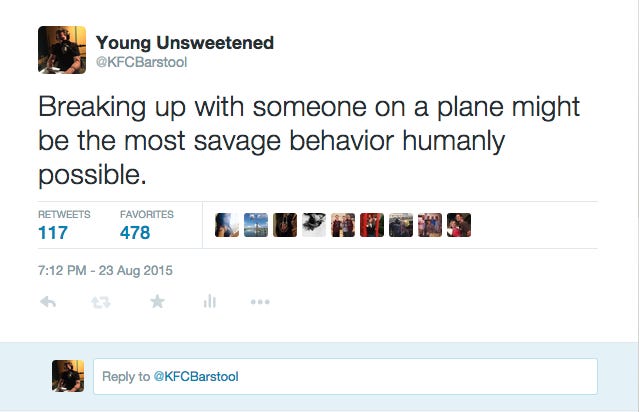 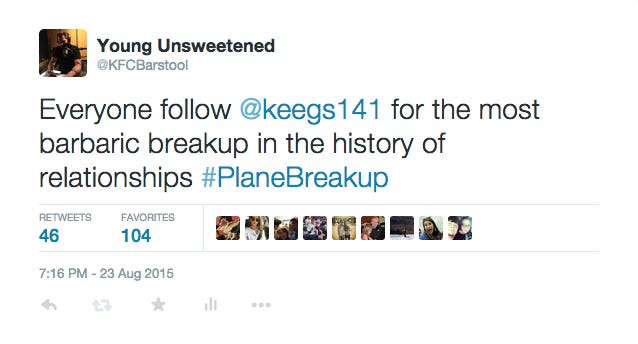 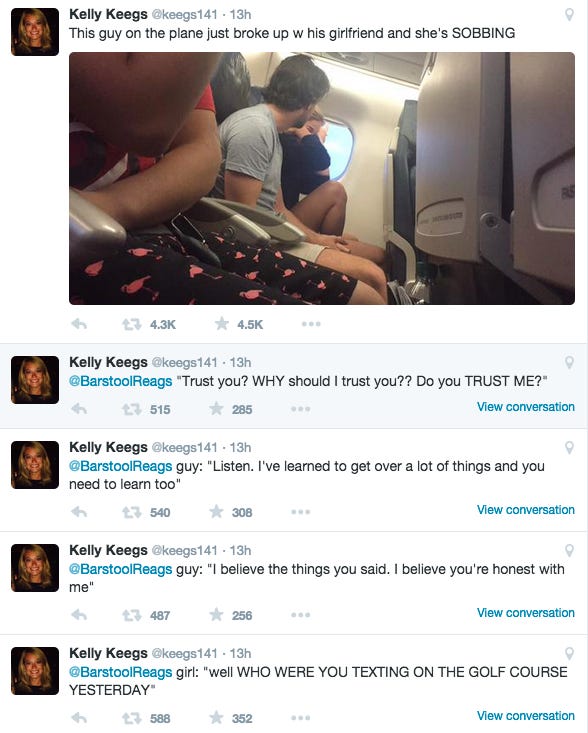 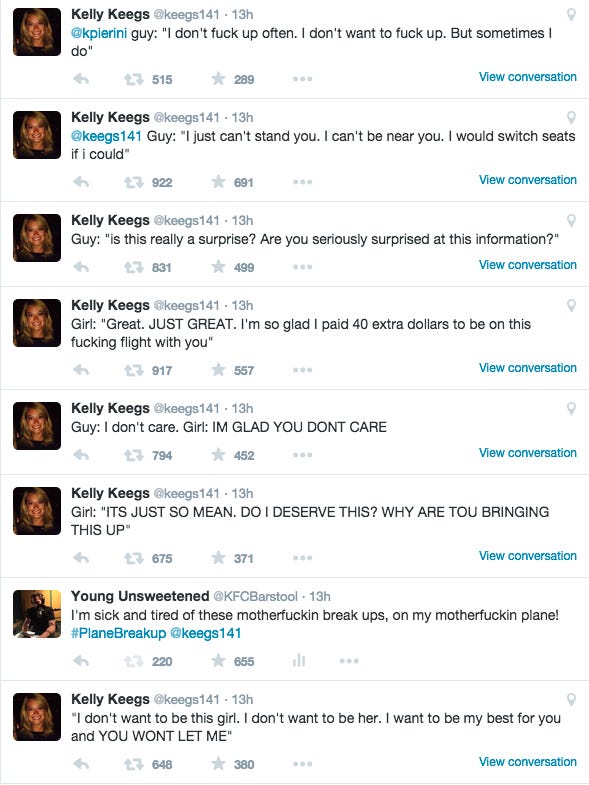 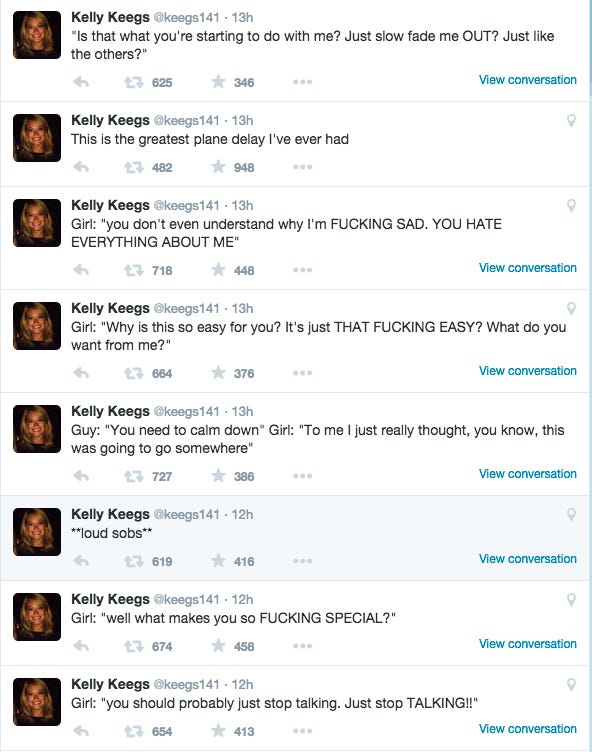 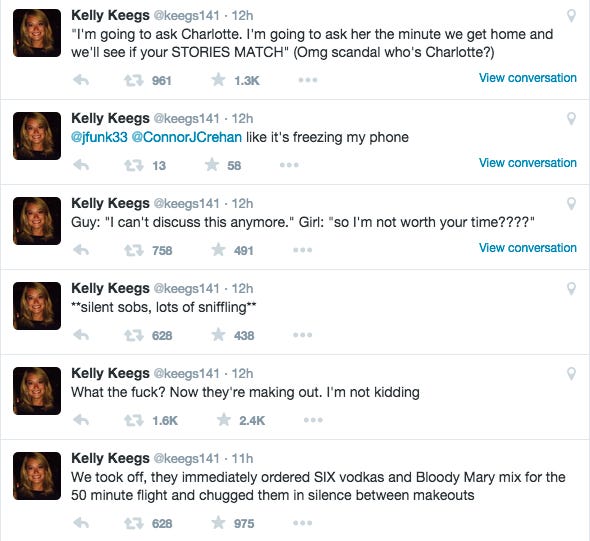 So the two were SO drunk, came on the plane and I just thought they were loud and annoying at first but then she SHRIEKED and started crying loud enough to capture the attention of everyone in the front of the plane. Cut to me tweeting everything, them being SO oblivious to everyone talking shit around them and the guy spilling the worlds biggest bloody mary on his khakis. He made 2 flight attendants come help him clean it all up while the (ex) girlfriend continued to sob in his face. The guy behind me said “I wonder if they’re taking separate ubers home!” while we were getting off so they prob had to stop at the Hudson News to buy some ice for that sick burn.

All in all, eventful flight! My second one only had a screaming toddler and someone in front of me threw up in the barf bag, so not as
exciting.

First of all, WHO’S CHARLOTTE?? Is she the alibi?? Did he cheat with her?? Need to know who this mystery character is.

Secondly, WHAT a twist ending. In hindsight you had to know that two drunk assholes breaking up on a plane were the volatile couple type who would instantly make up and start making out. But as I was following along I did NOT see that coming. Even M Night Shyamalamlnaman was shocked with that turn of events.

Thirdly, I need to know where I can get those flamingo shorts.

Fourthly, do you think Kelly Keegs ordered the vegetable lasagna?

and finally, what do you think the punishment for these two should be? Banned from all airplane travel for life? Sentenced to a life working as a TSA agent? Do we just put them to death? Punishment for this sort of behavior needs to be swift and decisive. Its bad enough when couples are loud and obnoxious and fighting during a break up out at the bar. On an airplane is absolutely unacceptable. Although in some ways it actually made the plane ride pass quickly for a lot of passengers so maybe they deserve a thank you.

And as for that guy – you gotta be some sort of LUNATIC to break up with a chick on a plane. Two of the worst things on earth are going through a long drawn out dramatic break up, and being crammed on a plane. This guy went ahead and mixed the two. Glutton for punishment. Its also flat out dangerous. Hell hath no fury like a woman scorned, except for a woman scorned on a motherfuckin plane. I would legitimately be afraid to dump a girl on a plane just because you’re trapped. Saying right to her face “Are you surprised? Are you actually surprised by this information? is a CRAZY move. You’re breaking her heart while simultaneously questioning her sanity/intelligence. You’re lucky she didnt claw your face up and throw you out the emergency window.

All in all, 7,000 followers later for Kelly, one of the best internet moments ever. 30 or so tweets watching the ups and downs of two dramatic idiots. A truly organic viral moment all made possible to couple drunk assholes and a fantastic narrator. Thanks Kelly Keegs. Great journalism. 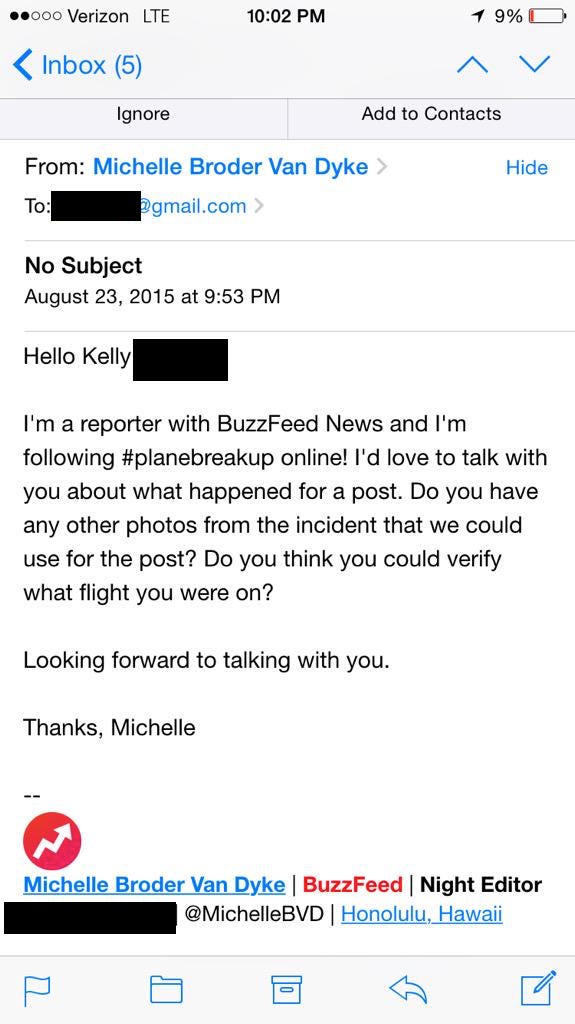 Fuck you Buzzfeed! If anyone is telling the #PlaneBreakup story, its gonna be me.