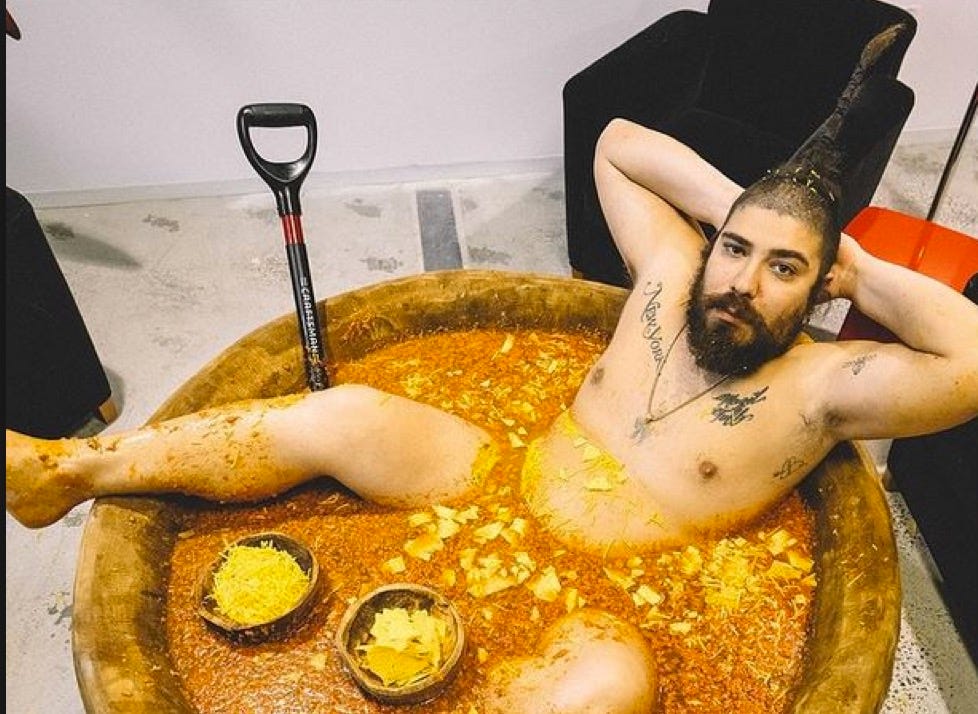 Vulture – To start out, can you go into detail about how your Instagram operation works?

Absolutely. It’s important to note that Instagram — social media in general — is just a part of what I do. It’s not the focus. I’ve got White Girl Rosé, I’ve got a book coming out, I’ve got plus-size modeling, I’ve got all kinds of different stuff happening. Social media is one part of the business ecosystem. I’m a commentator. My interns and I find pop-culture stuff that’s hyperrelevant and that’s going to resonate with people, and when it feels right, we put it up. At the end of the day, I get it: I should have been providing attribution for all posts. It’s always been important to me. The internet is a vast ocean of stuff, and sometimes it’s hard to find the original source of something. I now realize that if I couldn’t find a source for something, I probably shouldn’t have posted it in the first place.

I’m working to add attribution to every one of my posts, and will continue to do so. My email address is up. I urge people to reach out and say, “That’s my thing.” I would love to give credit. I want people to shine on social media, I always have. And I will never again post something that doesn’t have attribution, because I realize now that when the stage is large enough, and the voice is large enough, these things matter.

So starting this week, it’s your intention to go back through everything — and if you can’t find a source, you’ll take stuff down?

Absolutely. Yeah, for sure.

Did you ever consider getting an intern who was dedicated to proper attribution?

Absolutely. Again, Instagram is just part of a larger thing I do. I have an army of interns working out of the back of a nail salon in Queens. We have so much stuff going on: I’m writing a book, I’ve got rosé. I need them to bathe me. I’ve got so many other things that I need them to do. It just didn’t seem like something that was extremely dire.

The whole interview on Vulture is worth a read because it’s pretty much the worst possible way to take a mea culpa on a massive wave of plagiarism. It’s constant references to him being naked and drinking daquiris and features him regularly discussing how he’s a funny guy because he’s been taking baths in soups and guacamole on the Internet for years.

But if you’re too lazy to read it, in summation: Even though he’s now publicly quoted admitting he hasn’t attributed things in the past (he doesn’t admit to outright theft but if you expected him to do that, you’re naive), has said he will have his “interns” (who really must not have a ton of career options…being a Barstool intern isn’t exactly roses and red carpets but almost contracting rabies from a squirrel has to be better than that) credit all the things moving forward and even go back and credit old ones, and seemingly tried to put across that he’s not really a funny guy, just a curator of things he sees online. He’s pretty much offering up everything the people who complained previously said they wanted but did it as this “character” he is that vacillates between fat genuine weirdo who does a lot of drugs and self-important fake wacky guy who isn’t actually funny but loves masquerading as though he is. But of course, the people who were initially angry on Twitter about the plagiarism/lack of attribution have not taken it well at all: 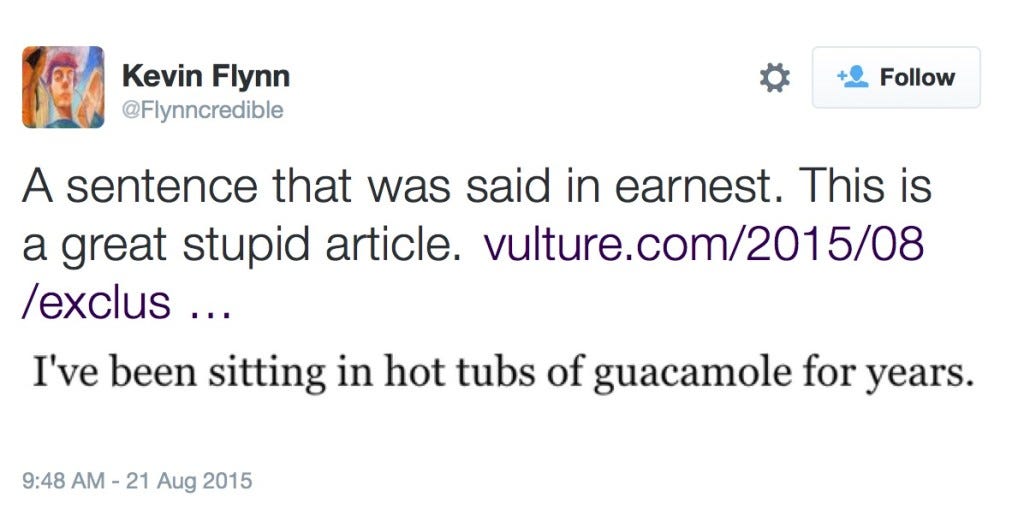 And I agree with most of the sentiments here. Everything with The Fat Jew is super try-hard, awful, and ethically dodgy but also that’s EXACTLY WHAT THIS DUDE HAS ALWAYS BEEN and that’s what a lot of people seemingly misconstrued about what I was saying in my last blog about the subject. Look, here’s one of the things The Fat Jew mentions in that interview that he did that went viral a few years back in which he had homeless dudes do a Soulcycle class on some Citibikes in NYC:

The concept is solid for a viral video attempt because it was timely and eye-catching and, honestly, that’s all it takes. But what is he really adding there besides being a big fat Jewish dude with wacky hair? Not much. But because he wasn’t successful enough for people to be jealous of him and not the target of the Internet Hate Group (whom you may recognize from such classics as Kony 2012, demanding apologies from Arbys, and size 6 skinny jeans), people were way less butt hurt about his existence.

And overall that’s my point. It’s very easy to hate a Fat Jew for all of the reasons above and the variety of incidental reasons in the interview. But people online are mostly doing it now because of A) Jealousy and B) It’s the popular thing to do. On a basic level, it’s just as easy to hate Buzzfeed for doing the same thing in website form (at least in its early days), and easy to hate websites like Elite Daily that have no real audience and live only off Facebook traffic then sell for $50 million, and easy to hate sites that jack our blogs that it took obnoxious amounts of time to put together without attribution. But people aren’t doing it for the right reasons. They’re not going to be happy with him crediting things or including the Twitter handle on a screenshot. They’re not going to be happy if he caps locks “HEY GO FOLLOW THIS GUY HE’S HILARIOUS” on every post he lifts. They’re not going to be happy if Fat Jew donates 90% of his earnings to some Internet cause du jour. They’re not happy because their work may have been taken, sure, but they’re equally unhappy that he’s probably going to make a lucrative career out of it regardless of what the outcome of their complaining is.