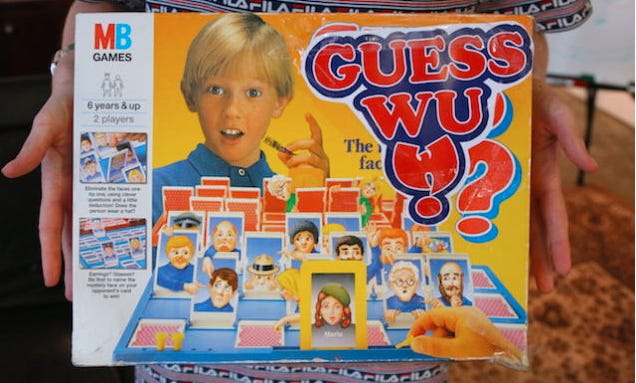 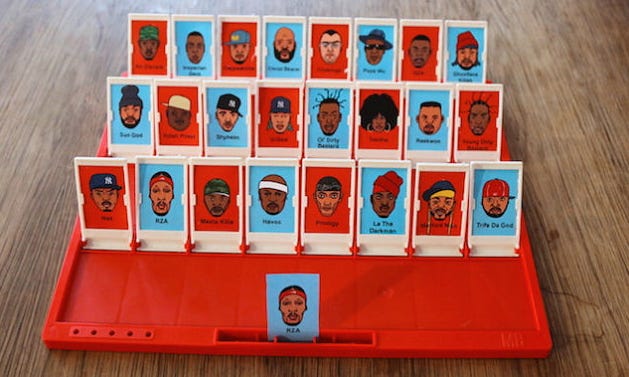 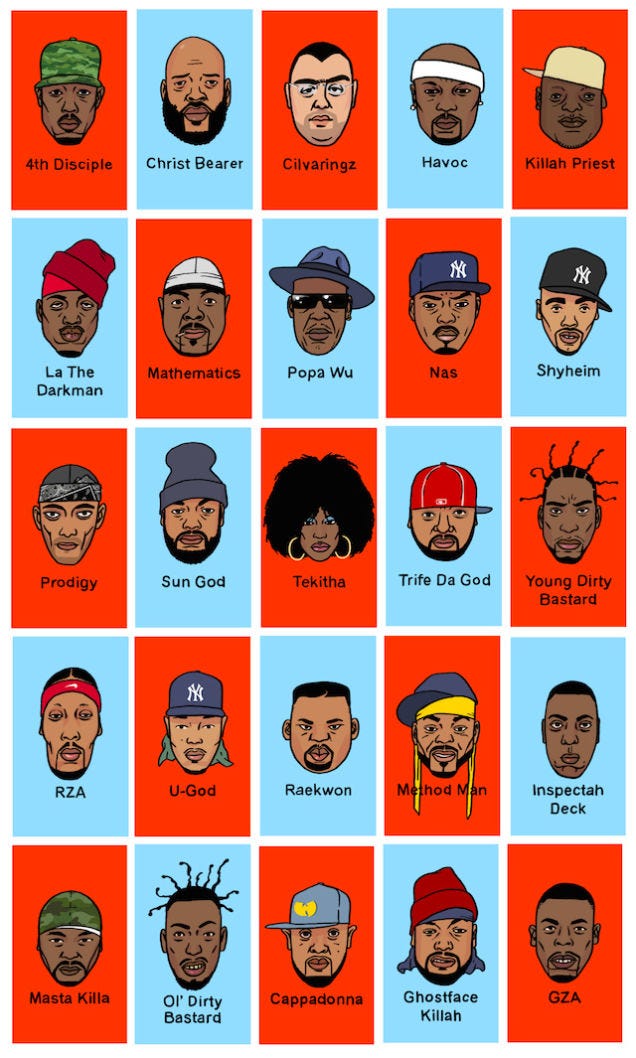 Gizmodo – There are more themed versions of Monopoly than stars in the sky, so isn’t it about time for other classic board games to get an upgrade? Vice’s music site Noisey site decided it was, and so turned a copy of Guess Who into Guess Wu featuring 25 members of the Wu-Tang Clan hip-hop group. Illustrated by Dan Evans, the custom version of the game is played the same as the original, with players asking questions like, “is your rapper wearing a baseball cap?,” or, “did your rapper appear on GZA’s 1999 album Beneath the Surface?” Depending on how your opponent answers your inquiries, you can slowly eliminate members until you figure out the rapper they’ve chosen.

“Did your rapper appear on the song Triumph?” *puts down 100% of the board*

“Did your rapper have a bizarre infatuation with kung fu?” *puts down 100% of the board*

Game is fucking impossible. But I cant imagine how satisfying it is when you finally nail it. “Did you rapper pluck roaches out the cereal box?” Ghostface! “Did your rapper want to fucking, fucking, lay someone’s nuts on a fucking dresser, just their nut on a fucking dresser, and bang them shits with a spiked bat?” Method Man! Im gonna need a Wu Tang version of all our favorites growing up. Wu Tang Monopoly. Wu Tang Clue. “It was Inspectah Deck, in Staten Island, with the revolver.” Wu Tang themed everything as a matter of fact. Food, restaurants. Everything Wu themed. I’m already rummaging through the closet looking for Wu Wear right now.