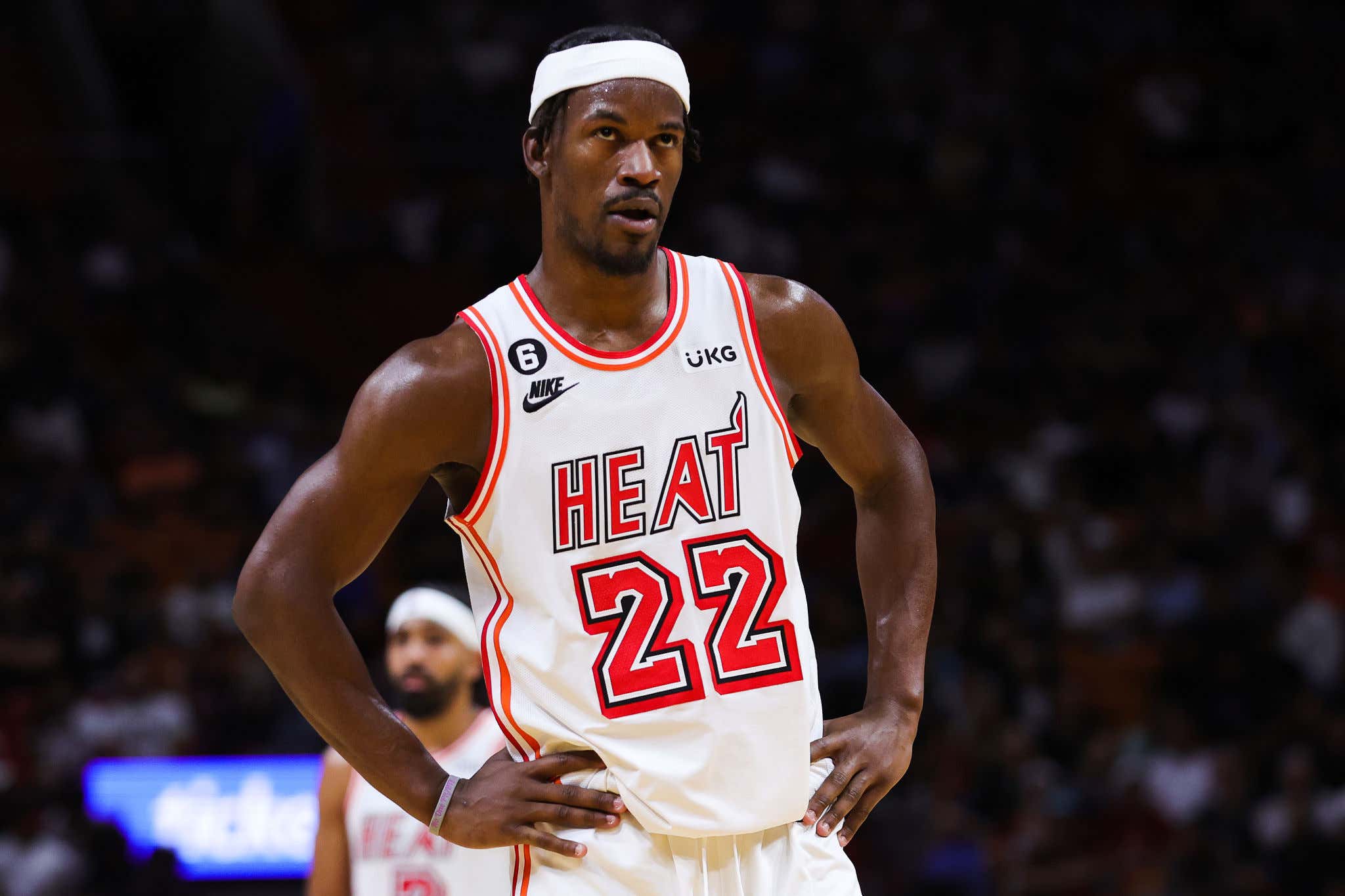 One of the hotter topics at the moment in the NBA right now is load management and how stars seem to be finding more and more games to rest. It's a situation that doesn't have an easy answer, you can see both sides of the argument, and really the only losers here are the fans. Especially fans that travel a long way thinking they'll be seeing their favorite player play, only to learn that guy is sitting out.

Before last night's Celts/Heat game, Jimmy Butler was a late scratch about an hour before tip. I can only imagine what a downer that must have been for anyone who went to that game wanting to see their favorite player. All you have to do is take a look at the face of this young Heat fan

That look of devastation was brutal. Flying 4,405 miles to see Jimmy Butler play only for him to be scratched during shootaround is some tough luck. Most of the time when this stuff happens, it's more of a tough luck situation. Not only are you going home without seeing your favorite player, the team doesn't really do anything about it.

I know I clown #HeatCulture and all that because that stuff is corny as hell, but I have to give both the Heat and Jimmy Butler credit here. They found this family and made things right the best way they could

Sure, Jimmy Butler may bait the refs into fouls from time to time, but it's kind of hard to hate the guy. He plays his ass off, he's clutch as hell (minus when he takes a 3PA to send his team to the Finals), and he seems like a genuinely good person. Think of other stars we see miss games due to load management. How many are taking the time to do something like this? Are Kawhi and Paul George doing this? I'd say probably not. There's no easy solution to stuff like this, so it's cool that a franchise and the player take actions into their own hands. My guess is that moment after the game is going to stick with that kid and family far longer than just watching him play would. These kind of moments are what makes sports cool in my opinion.

While it's a good moment, it doesn't change the larger issue that the league obviously has to deal with. I think it's unrealistic to expect every star to do this in a game they sit out, so the league has to figure that shit out. As the years go on, it feels like things are getting worse and not better when it comes to stars resting, and for a league that wants people to care about their product, that's a problem.

Hats off to Jimmy and the Heat though. That's how you handle something like this the right way.