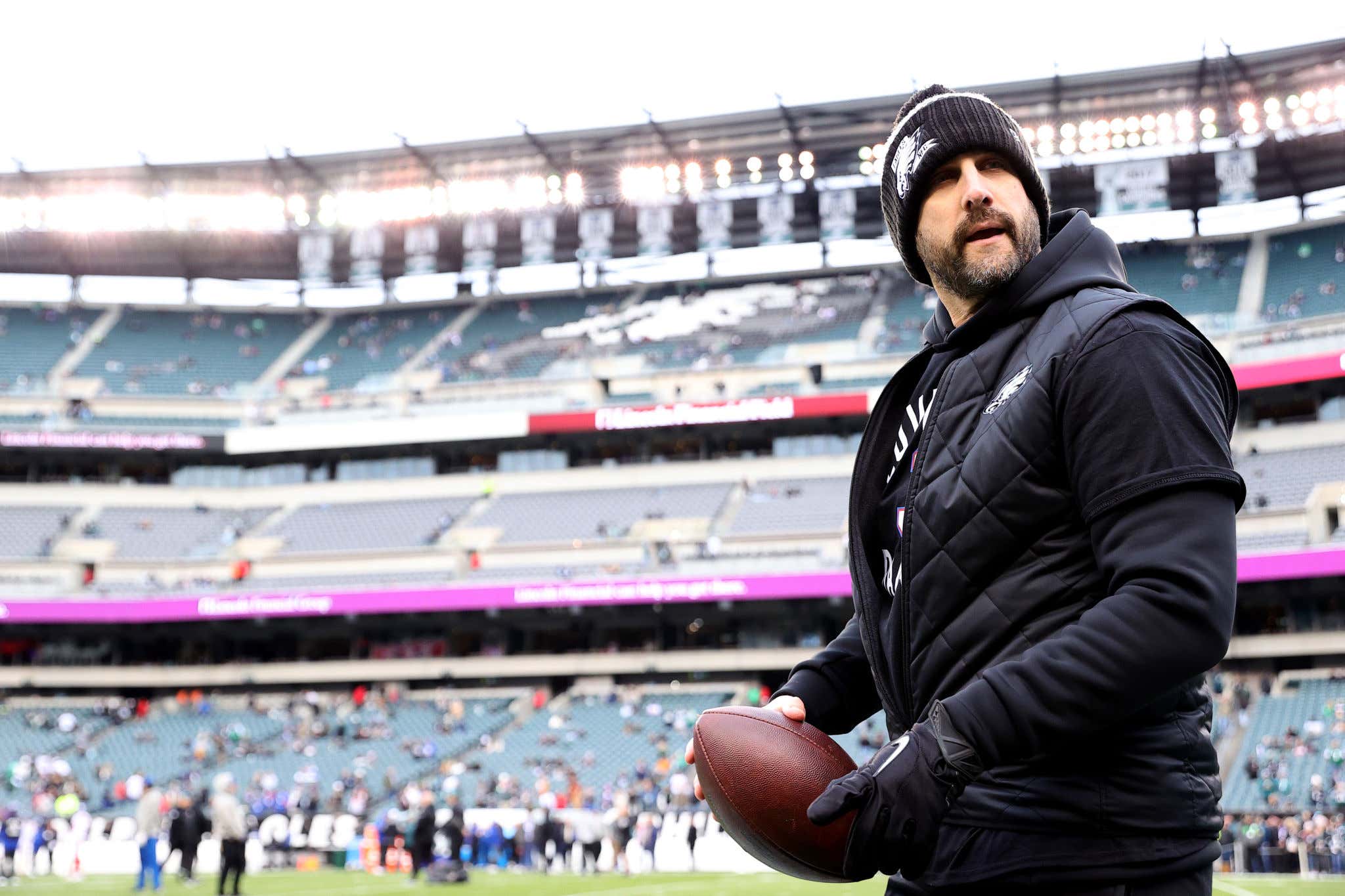 This is nothing new. As the late, great Kevin Bacon once said about the city of Philadelphia, "they hate us 'cause they ain't us".

Whenever there's an athlete or a coach in Philadelphia who starts to dominate a professional sports league, the only conversation that takes place is from the rest of the country talking about why they shouldn't win an award. Why is there so much hatred towards Philadelphia? Why does the rest of the country get so uncomfortable at the thought of us thriving? I truly have no idea. I guess it's just like what Kevin Bacon said.

It's getting harder and harder, however, for the rest of the country to say there isn't a legitimate war being waged against Philly here. I mean what on Earth did Brian Daboll do this year to be deserving of a Coach of the Year finalist? He took a team that nobody expected anything out of to the playoffs in his first year as head coach. He didn't win the division or anything, but he got the Giants into the playoffs as a wild card when nobody expected them to be any good. You want to take a wild guess at who did the exact same thing last year? Nick Sirianni in his first year with the Eagles. But did anybody give him the recognition for that? Of course not.

So what if he led the Eagles to a league best 14-3 record this year and the 1st seed in the NFC playoffs? Clearly it's not Nick Sirianni's coaching pedigree that has gotten the Eagles to this point, right? Clearly it's the team he has out on the field. Clearly it's being led by a guy like Jalen Hurts, right?

At the end of the day, it is what it is. Would it be nice for guys in Philly to get the recognition they deserve? Sure it would. But the War Against Philly is just a part of life that we have to deal with, and it's better to just focus on the bigger prize waiting on the other side. I can't remember the last time a Coach of the Year won the Super Bowl that same season anyway. So with that in mind, it's probably better to not win the award in the first place.