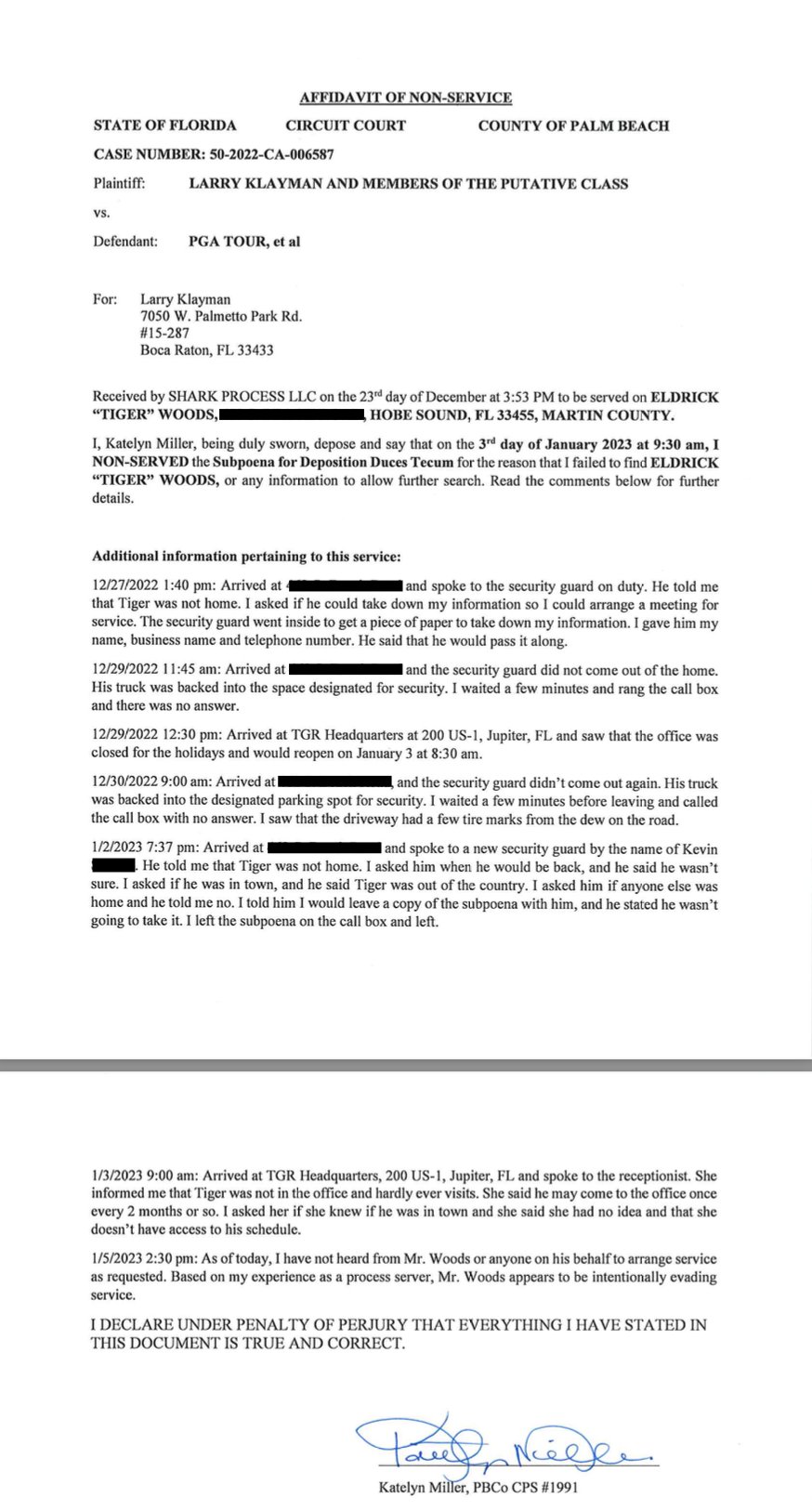 This fun little sequence of events is brought to you by Patrick Reed and Larry Klayman, who suin errrybody out here.

This was brought to light after Rory revealed today that he was served a subpoena from Reed's legal team on Christmas Eve.

Dethier did a little digging and has confirmed that that is true.

3:50 PM is high time on Christmas Eve to crack those first couple pops and throw the pigs in a blanket in the oven. It's where the jolly really kicks in. So to have that interrupted by a process server…. is pretty obnoxious. You can get a sense of where Rory's apathy towards Reed comes from this week, especially after Rory was one of the very few to be in his corner on Tour over the years.

The entire thing did seem a little off to me, as if it was a little too easy to just knock on Rory McIlroy's door and serve him, especially in Jupiter, FL where gated communities seem to be the norm. But maybe there's some sort of legal authority that gets you through those gates? I dunno. Mind you, this is coming from a guy with little knowledge as to how process serving works and didn't even know such a thing existed until Pineapple Express came along.

Anywho… Tiger Woods? Guy operates a little differently. I would imagine Tiger hasn't answered his front door in 30 years. He's got henchmen for that. Katelyn Miller of (appropriately named) Shark Process LLC thought she was just gonna roll up and hand the GOAT his papers. Lmao. No ma'am, sorely mistaken on that one.

Maybe Tiger really was out of the country. Maybe he really does only show up to the office at TGR Investments every two months or so. Both are totally believable and both might be true. Regardless, these security guards (and secretary) understood the assignment. S/o to Kev for being a real one. These guys were probably kicking it in their security caves laughing their heads off as the callbox kept ringing

PS: LIV Golf is also coming for Augusta National. Something to keep an eye on….