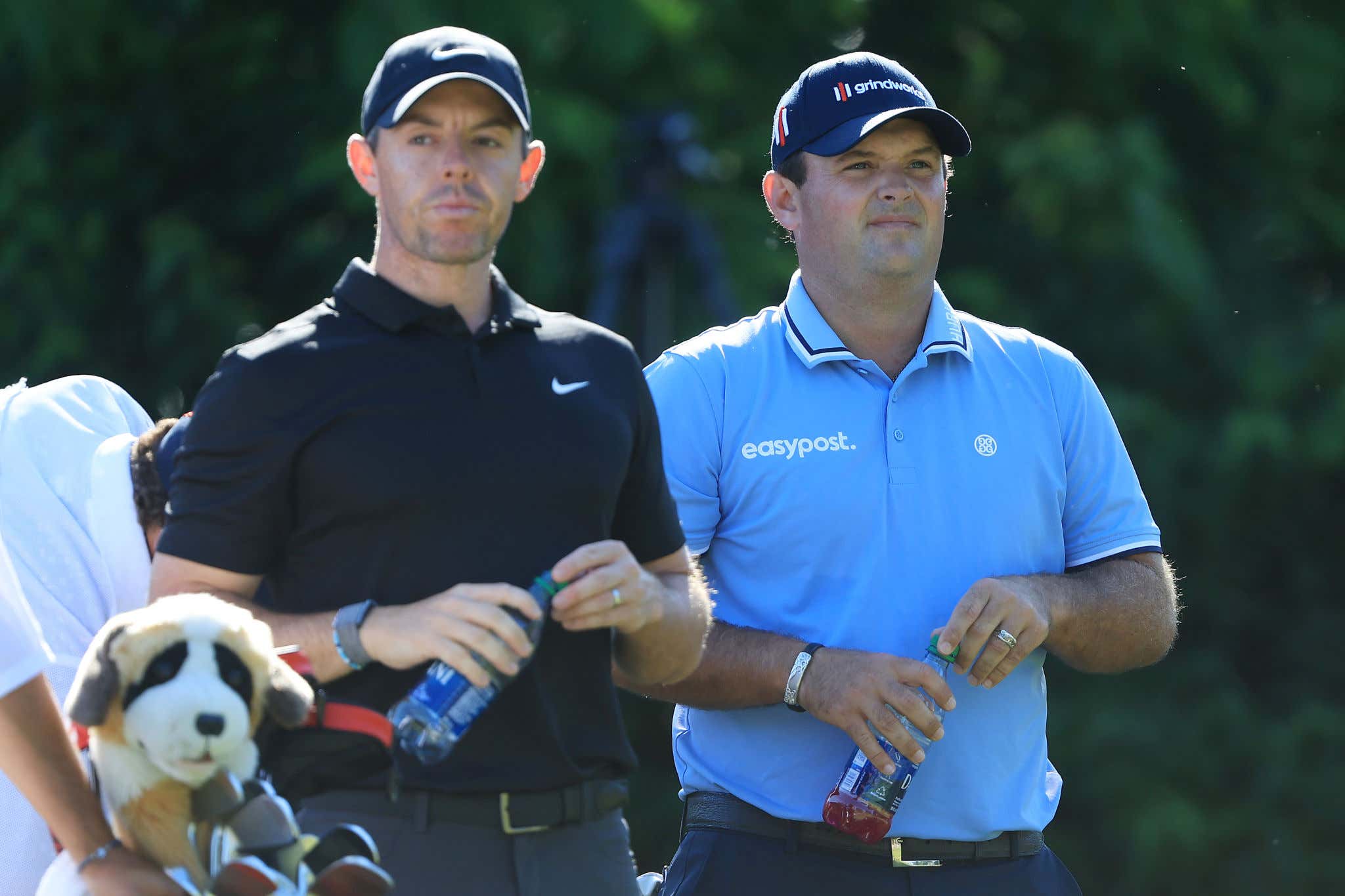 If you’re not a golf person, I want to apologize in advance for how silly and petty this post might come across. But this is big news in the golf world—which, historically, has been allergic to confrontations. The closest thing we’ll get to a brawl is a terse handshake on the first tee. Granted, this year’s been a bit different with the emergence of LIV Golf, but ask most professional golfers about the guys on the other tour and they’ll you they have no problem with them, that they’re still friends…

Unless that person is Patrick Reed.

Most PGA Tour player understood why guys would sign with LIV Golf. More money for less golf. For guys past their primes, securing that bag toward the tail end of their career is a no-brainer. And even for the younger guys—everyone has their own values in life, and everyone’s decisions are influenced by their personal biases and experiences that, by definition, only they can understand. Plus, deep down, the PGA Tour players knew that the emergence of LIV would force the PGA Tour to step its shit up, and that means more money for everyone. So they stayed mostly quiet and refused to bash the guys who made the jump.

That all changed when the lawsuits started flying. It began with Mickelson et al. Vs. PGA Tour, when Phil Mickelson and a bunch of other LIV players (including Bryson DeChambeau) turned around and sued the PGA Tour for anti-competitive behavior. The players themselves have mostly removed themselves from that lawsuit, which is still months off from trial. (That lawsuit came after the PGA Tour suspended LIV golfers from its events, a decision that was held up by a California court last August). That case has morphed into an overarching LIV Golf vs. PGA Tour battle and the PGA Tour has actually filed a counter suit against LIV Golf and its backers (namely, Yasir al-Rumayan, head of the Saudi government’s Public Investment Fund).

And then there’s Patrick Reed, who’s suing everyone in sight. By himself. In August, he sued Golf Channel and some of its on-air personalities for, I shit you not, $750 million in damages. A few months later, he fired off another one against Fox Sports, The New York Post, the Associated Press and two golf writers for another $250 million. And just last week, he threatened CNN with a $450 million suit if they don’t issue an apology for a segment on the Jake Tapper show, where Bob Costas said the LIV players are taking “blood money.” The segment didn’t actually name Reed by name, but no matter.

Reed’s being represented in all of these suits by Larry Klayman, who’s not a very serious person. He’s represented Joe Arpaio and George Zimmerman. He was one of the main pushers of the Obama-not-being-born-in-the-U.S. conspiracy. In 2018, he tried suing the D.C. bar association over a perceived conspiracy to have him disbarred. In 2022, the D.C. court of appeals ruled that he’d committed six ethical violations in representing one of his clients. He files Hail Mary lawsuits for a living.

How much Reed himself knows about each lawsuit is a genuine question—his wife, Justine, runs Reed’s business affairs, and, well, how else do you explain his behavior at this week’s Dubai Desert Classic?

Reed is outside the LIV bubble this week because he’s playing in a DP World Tour event. LIV Golfers remain suspended from PGA Tour events, but they’re allowed to play on the DPWT, and so Reed is teeing it up this week in the Dubai Desert Classic. So is Rory McIlroy, the world No. 1, who’s making his 2023 debut this week. On Monday morning, word began to spread that Reed approached Rory McIlroy, Rory didn’t respond, and Reed threw a tee in his direction.

On Tuesday, reporters asked McIlroy about the situation and he explained why he has absolutely zero time for Patrick Reed. Turns out he was served a subpoena in connection with one of those suits at a very rude time.

“I was down by my bag and he came up to me, and I was busy working and sort of doing my practice, and I didn’t really feel like—I didn’t feel the need to acknowledge him,” McIlroy said. “So I didn’t see a tee coming my direction at all, but apparently that’s what happened. And if roles were reversed and I’d have throw that tee at him, I’d be expecting a lawsuit.”

“I mean, I got a subpoena on Christmas Eve. I mean I don’t see your — like you can’t pretend nothing’s happening, right. I think that’s the thing. Like why—we are living in reality here.”

Again, you genuinely have to wonder just how much Reed knows about all this. In the past, when he’s been asked about the antics of “Team Reed,” he’s said in so many words that he focuses on the golf and lets his team take care of the rest. To fire off lawsuit after lawsuit, forcing McIlroy to lawyer up and deal with all the headaches that come with litigation, and then act like nothing’s happened is downright nonsensical. The internet, predictably, had a field day with this.

These are truly bizarro times in golf, and it’s a bummer the Netflix cameras weren’t on-site to document all this.