ICYMI, Netflix did a big reveal of all their upcoming projects a few days ago. Off a suggestion from a stoolie, we decided to go through and pre-rate all of them on the last episode of LCB. This company has been hemorrhaging money and they produce a seemingly endless stream of garbage originals every single year. In case you're interested, here are the nuts and bolts of their schedule.

A new couple and their families reckon with modern love amid culture clashes, societal expectations and generational differences.

Going off the trailer, this will be an aggressively ok movie. Jokes were mid and the plot is an oldie with a facelift. However, Eddie Murphy, Julia Louis-Dreyfus and Jonah Hill are enough to have me mildly interested.

A man looks after the son of his best friend while a woman pursues a lifelong dream as they swap houses for one life-changing week.

This looks like your typical, garbage RomCom from Netflix. Witherspoon is a big name no doubt, but even the big names do a paycheck job every now and then.

In the epic continuation of the award-winning television saga, reimagined for film, a gruesome serial killer is terrorizing London while brilliant but disgraced detective John Luther (Idris Elba) sits behind bars. Haunted by his failure to capture the cyber psychopath, who now taunts him, Luther decides to break out of prison to finish the job by any means necessary.

Luther is an awesome, under-appreciated series that more people should watch. It's a great private dick story that is acted incredibly well by Idris Elba. I feel like the track record for continuation television movies isn't great, but I'm excited for this one.

Now private detectives launching their own agency, Nick and Audrey Spitz land at the center of an international investigation when a friend is abducted.

The first Murder Mystery exceeded my very low expectations from the Netflix-Happy Madison marriage, but the odds of that happening a second time with a different director feels very low. Shoutout Mark Strong, though. Dude rocks

While fleeing from dangerous assailants, an ex-assassin comes out of hiding to protect the estranged daughter she left earlier in her life.

After being presumed dead in the first film, black ops mercenary Tyler Rake returns for another high-stakes mission.

HELLLLLLL YEA! The First Extraction wasn't perfect but it had some of the coolest action of any movie in the genre over the past decade. Fantastic hand-to-hand scenes, gun fights and the perfect amount of ridiculousness. I'm pumped to see where they go with this one.

A series of eerie events thrusts an unlikely trio onto the trail of a nefarious government conspiracy in this pulpy mystery caper.

This is a bit of a mixed bag. The cons are that it isn't a proven director and the movie has been a delayed a bit which is never a good sign. The pros are that this is an AWESOME cast, cool concept and what has me REALLY sold is that Jamie Foxx's character's name is "Slick Charles".

Rachel Stone is a CIA agent, the only woman who stands between her powerful, global, peace-keeping organization and the loss of its most valuable — and dangerous — asset.

I am just so over Gal Gadot at this point. She's not a good actress and she is definitly not an action star. Time to move on.

Follows a female master thief and her ex-boyfriend who team up to steal $100 million in gold bullion being transported on a 777 passenger flight.

I'm in between on this as well because F. Gary Gray has a really solid track record, especially with heist movies. The combination of Sam Worthington and Kevin Hart, though, isn't exactly enticing. Gugu Mbatha Raw is a beast so maybe she carries this to the promised land.

After first being locked in a tower and then hidden deep in the forest to prevent a prince from rescuing her, long-haired Rapunzel vows to get revenge.

Looks like a typical, hollow, fantasy shit-pile that aims to capitalize on Millie Bobbie Brown being the current big thing. I think she actually crushed the role of Enola Holmes, which Netflix also made. Do more of those.

Liza dreams of a better life for her and her daughter so she gets a job at a bankrupt pharmacy and Liza's guts catapult the company and her into the high life not knowing that she will soon be in the middle of a criminal conspiracy.

Great cast, experienced director and an interesting concept. Pill pushers and the pharmaceutical industry are a hot topic, so this could potentially be a big time movie to help get David Yates out of the Harry Potter zone.

An assassin begins to psychologically crack as he develops a conscience, even as his clients continue to demand his skills.

I could not be more in on this. Fincher is one of the great writer/directors in all of cinema and Fassbender is an incredible actor that must have had a shit agent over the last few years. Seriously. Look at his filmography since 2016. 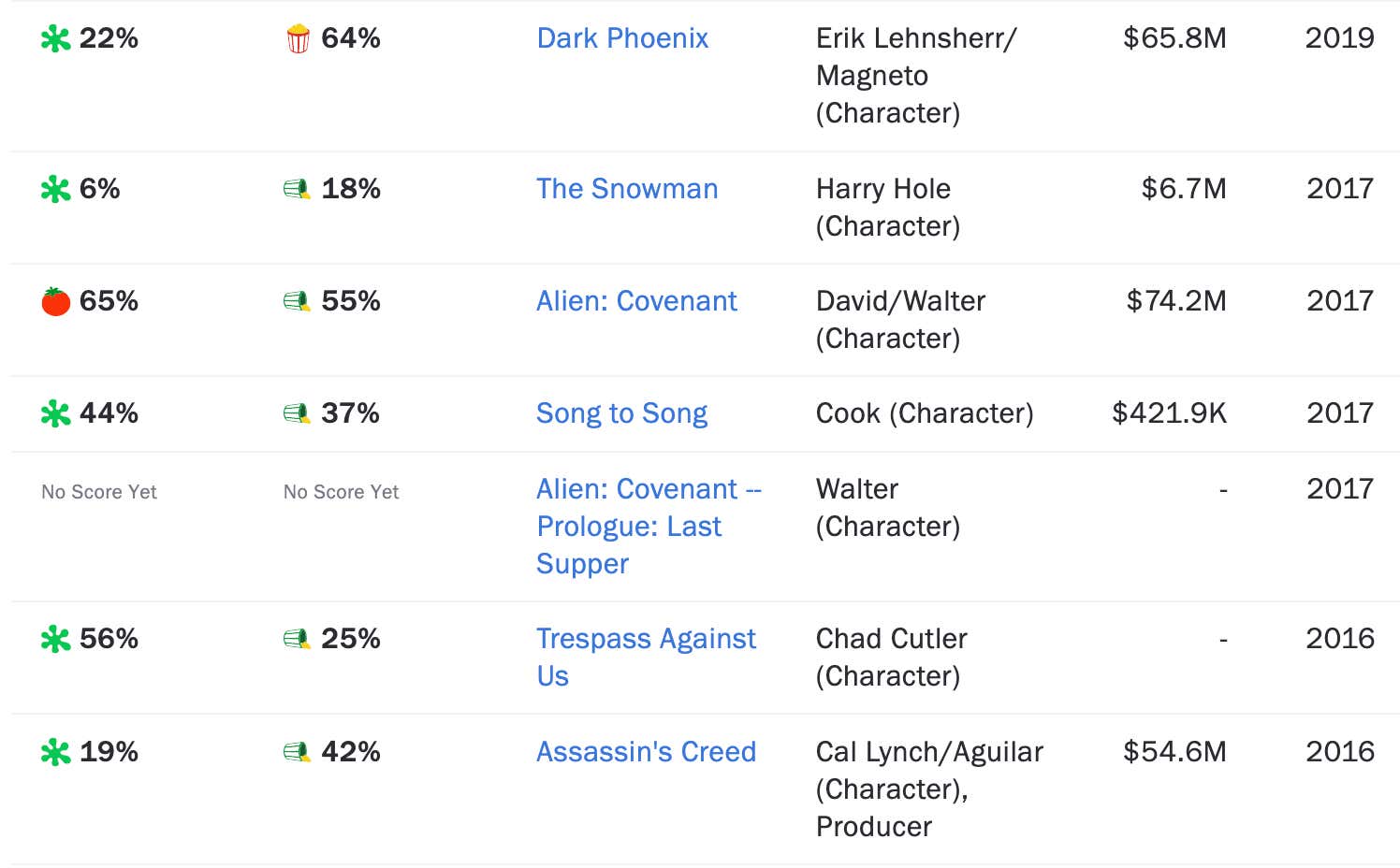 Fincher is the reset he needs.

An unexpected romance triggers comic consequences for a young woman, her mother, and her boss, grappling with the complications of love, sex, and identity.

Looks like dogshit. If that clip they chose to present to the world is among the best they got, this could be borderline unwatchable. Joey King, like Fassbender, needs a better agent.

Leave the World Behind - PRE RATING: 85

Family drama based on the upcoming novel by Rumaan Alam.

I don't know how to explain it but I feel like Kevin Bacon and Ethan Hawke are almost the same person. I'm amped to see them alongside one of the best actors working in Mahershala Ali and Julia Roberts. Esmail also has a really solid record with Mr. Robot.

A young woman seeks out warriors from other planets to fight the tyrannical armies terrorizing her peaceful colony.

I don't know how to feel about Zack Snyder anymore. His psychotic fans are propping this up as the next star wars but I feel like it will more likely be a run-of-the-mill sci fi flick.  O/U on total slo-mo scenes, anyone?