I'm giving an honest effort to get into Premier League soccer football. For the past 10 years, at the start of every season I tell myself, "This is the year. I'm going to become a hooligan." Then I forget that soccer exists. It happens year after year. I have a hard time caring about a sport when I don't have a connection to a team, and with the Premier League I would really just be picking a team at random. I called myself a Tottenham fan for a while, but I could never get behind them. Harry Kane just didn't move the needle enough for me.

However, I recently landed on the Brentford Bees after I heard the story of how they made it to the Premier League. Brentford is currently in the midst of their second season as a Premier League club, and they're having a phenomenal year. 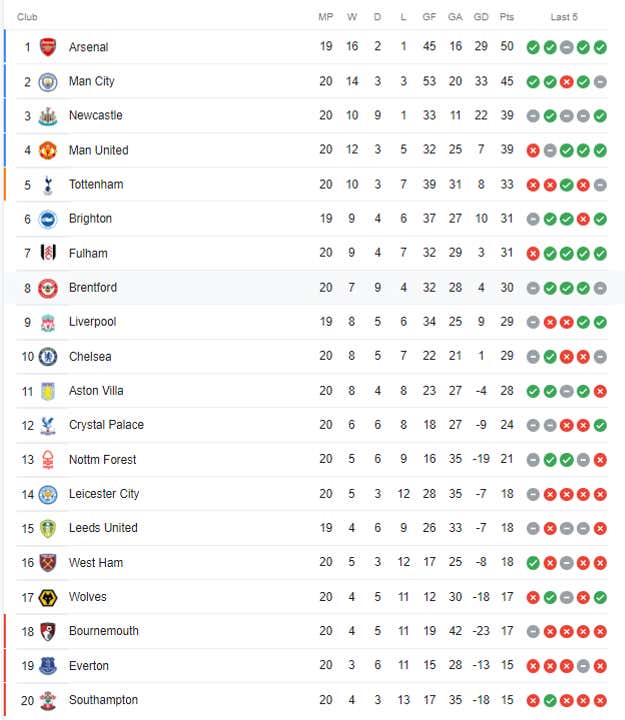 The story of how Brentford made it to the Premier League is inspiring, so I figured it was worth sharing on the blog. It's a sports story that could never happen in the United States, or in any sport that doesn't have relegation rules (it could maybe kind of happen in college sports, but not quite like this). The thread posted at the top of the blog goes into greater detail, but in summation, this is the story of how the Brentford Bees rose from League II to the Premier League in less than 20 years.

Brentford's owner is named Matthew Benham. All growing up, Benham was a Brentford supporter. He graduated from Oxford University in 1989 and made a career in finance working for Bank of America. After 12 years working in finance, he made a career change and took a job with a gambling company where he learned how to develop algorithms and use analytics to set lines and predict outcomes of games (and they actually worked).

He eventually set out on his own and started his own personal business where he used his models to consult professional gamblers. Clearly he was awesome at it, because the business made him a shit load of money.

Fast forward to 2007. Brentford FC was having serious financial issues. To save them from completely going under, Benham provided a loan of $700,000 that helped a group of supporters purchase the team and keep the club afloat. As part of the agreement, the supporters were supposed to repay the loan in 2012. If they declined, Benham would have the opportunity to purchase the team outright. And that's exactly what happened. That's a nice feel good story in it's own right. There's nothing sadder than when a city loses their professional sports team. And I feel like it's extra sad in England where it seems like soccer is truly what people live for. A lifelong fan being able to purchase his hometown club, and save them from the brink of extinction is awesome to see.

But things get WAY better from there. Instead of building his club the traditional way, Benham used the same types of analytics he relied on to become a professional gambler. He did Moneyball. He hired a whole team of analytics people who shared his vision, and he played out the plot of Moneyball (except way better, and for soccer). One thing that made me laugh is that he relied heavily on a statistic called 'expected goals'. I'm not sure why I find it so funny. It just seems like if there's a stat called 'expected goals', should everybody be using that? I mean, that's the whole point right? Especially after Brentford started having so much success with it. Brentford was buying players for a couple million dollars, then flipping them years later for $30-$40 million. That's makes me think I could be a successful owner. Just pick the players who are gonna score the most goals. Easy as that. If there are any owners who are not using the 'expected goals' stat to some extent, I have to question their competency.

Brentford improved drastically. They went from League Two, to League One, and qualified for The Championship league in 2014. Once in The Championship, it only took them 7 years before they were promoted to The Premier League in 2021. Brentford FC's estimated net worth currently sits at $400 million. So Matthew Benham essentially used his gambling algorithms to turn a $700,000 loan into a $400 million Premier League club in well under 20 years time. What a ride that must be for a fan. That could never happen in American sports. Every team, no matter how small, has a chance to rise to the top. I love that.

I always thought Dave Portnoy was one of the coolest gambling stories of all time, as he was able to parlay being a bad gambler into however many millions he's about to sell Barstool Sports for (again). But this Benham guy might have him beat. Benham was a good gambler, and owning a pro sports team in a top level league is about as cool as it gets.

So basically, Brentford FC is built on gambling algorithms. Furthermore (and I do not support this, it's just something that is currently happening), their star striker Ivan Toney is facing a ban for 262 breaches of FA rule E8, which is the rule that prohibits those involved in professional football from gambling on the sport. It's unclear what exactly the allegations are. I don't think it has anything to do with shaving points (maybe I'm wrong). But as I understand it, it's more of a Calvin Ridley situation (if Calvin Ridley did what he did 262 times). The allegations were likely a big part of what kept Toney off England's World Cup team.

Based on those rules, I would have to imagine that Benham is no longer allowed to gamble on soccer. That has to be tough. To have these algorithms that are proven to work and he can't even use them. It must kill him when he sees a line that he knows is off. That has to be hard to resist. I suppose he gets to use his algorithms on a way bigger scale to build his team, but still… He must miss the old days from time to time.

Brentford currently sits 8th place in the Premier League. I watched them play a 0-0 draw against Leeds United on Sunday morning. A game which featured the announcer saying, "If you're a Brentford fan, I hope you're enjoying this run, because this might be as good as it gets."

That was a little discouraging to hear. It's very possible I'm buying into the Brentford Bees at their very peak. Especially if their star striker is facing a hefty ban. But the story of how the Bees made the Premier League was enough for me to jump on board. You gotta love an underdog story. Also, the Bees are a pretty fun nickname. And from what I've seen, their fans are incredible. Buzz buzz #BeeTogether