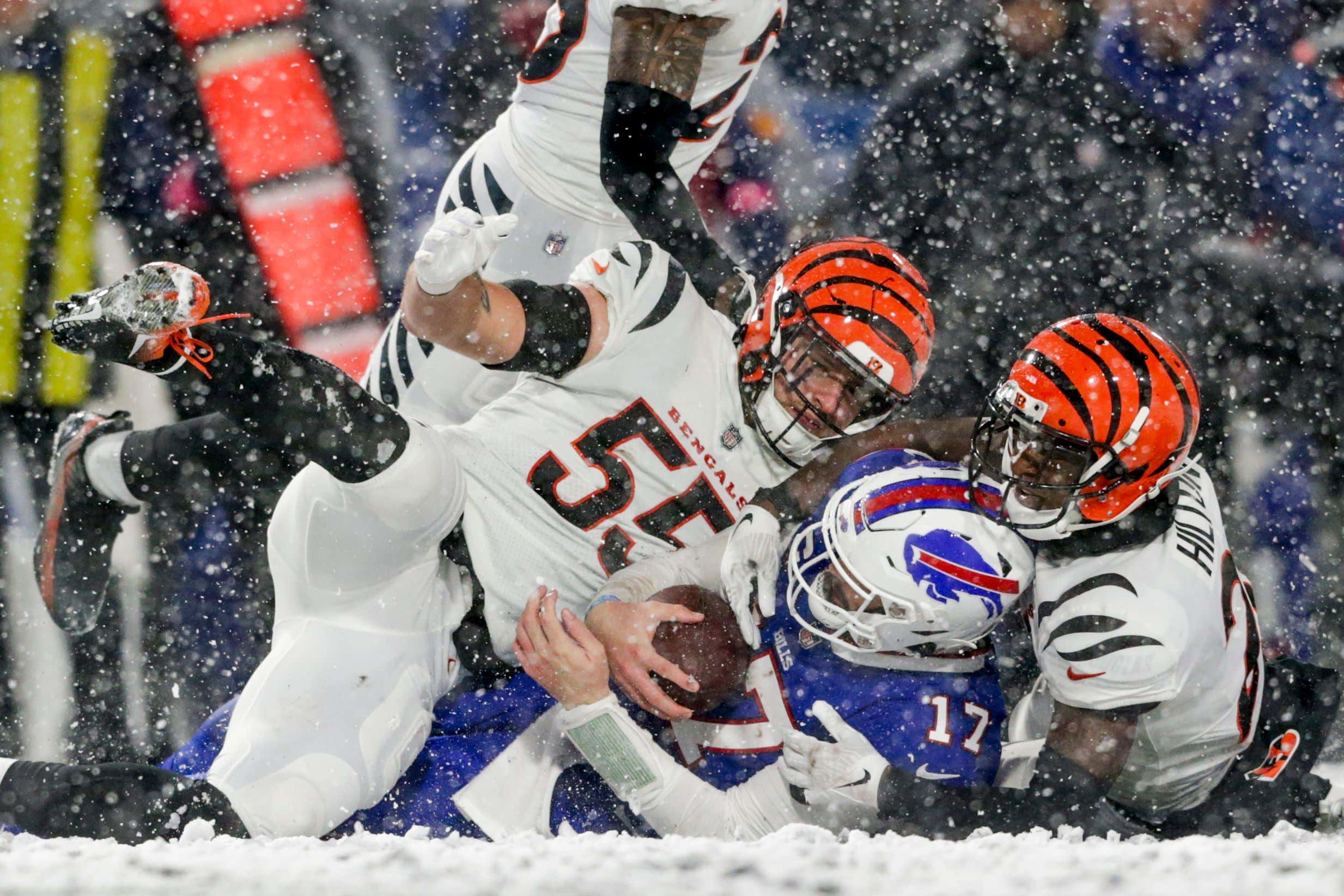 Sometimes it happens in sports where a great athlete or team simply comes along at the wrong time. And they're cursed with the misfortune of existing alongside someone who is generationally great that they cannot beat. Whoever the No. 1 contenders where when Joe Louis was the champ. There was a horse named Alydar who came in second to Affirmed in all three legs of the Triple Crown. In the 1950s, it was the Brooklyn Dodgers losing World Series to the Yankees. In the '60s, the Lakers to the Celtics, and so on.

And the contemporary version of this is the Buffalo Bills, who have the misfortune of hitting their peak at the same time and in the same conference as the Chiefs and Bengals. After waiting 20 years for the Patriots to lose Tom Brady and have to rebuild without him, they've made the playoffs four straight years and have nothing to show for it but three "AFC East Champions" hat and t-shirt combos. The kind the stores trick your grandmother who doesn't understand sports into buying for you because she thinks that's an accomplishment. Sad.

Which begs the question as to whether the inevitable Bills Dynasty we've been hearing about for the last four years is over before it ever began. Let us count the ways.

There's the ugly way the players conducted the old "Shootout in the Lifeboat" Sunday as their frustration mounted:

The very un-dynastic mass exodus out of Highmark Stadium with tons of time left in the game:

The way they were replaced with a "Who Dey" takeover of Orchard Park:

The moment being too big for Sean McDermott and Bills Mafia's subsequent reactions:

You hate to see it. Even as someone who has spent the last three seasons pinned to the AFC East wrestling mat looking up at Buffalo's bathing suit areas, I hate to see it. They were going to be the Next Great Thing. The team that was going to take over the world. The one we'd be telling our grandchildren about the way old timers talk about Lombardi's Packers or Noll's Steelers. It was all laid out for them. They've been riding one of the most emotional highs in recent memories, with a uniform patch-worthy inspiration fueling them. They had homefield. A chance to play on a neutral field in the championship game if they won. Against a Chiefs team that will have a badly hobbled Patrick Mahomes under center. And they responded with their worst game of the year. By far.

And don't kid yourself. This wasn't something you can just chalk up to one bad game and assume they'll bounce right back, see you here next January. The NFL isn't set up to allow sustained excellence. Quite the contrary. Teams like the Bills have a window. And like child stars, hot actresses or bikini models, it remains open for a very limited time.

NFL success is fleeting. Winners get plundered. Assistant coaches get better opportunities elsewhere. Players expect to get paid. The Bills have an impressive list of guys they've developed, and the bill has come due on a lot of them:

And according to Over the Cap, they're not just 21st in the league in cap space, their $8.4 million of room is almost $6 million less than the 20th team. There's a salary cap gap, and Buffalo is on the wrong side of it.

Plus, it's going to get worse:

Now, you might be saying, "Old Balls, you handsome, charming silver fox. Aren't you being a little premature on this?" And while I'm mentally and emotionally secure enough to question my own beliefs, you'll have to forgive me if I get out ahead of the curve when it comes to this particular topic.

After all, I lived through 20 years of reading and hearing about the death of the Pats Dynasty. It came with the territory. Every playoff loss for them was Footballmaggeddon. The End of Days. Even if they slumped or lost a tough one in the regular season, they were in a death spiral they would never pull out of. I remind you again, this was the Boston Globe, about six weeks before they beat the Rams in Super Bowl LIII: 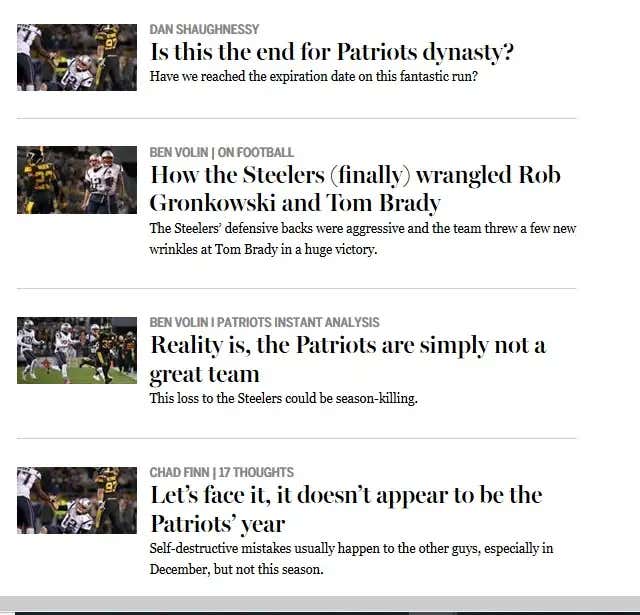 Declaring the end of the Patriots Dynasty - which, unlike with Buffalo, can be called that unironically -  was one of the chief industries in Massachusetts. And our second leading export, after only massive, crippling, student loan debt. It's been replaced by predictions of the Bills Dynasty. Which I am now declaring over.

And I am saddened, not gladdened by this. I was looking forward to GM Bill (the defending NFL Executive of the Year) using his $32.8 million in cap space (6th most) to continue his rebuild, followed by years of epic battles between Josh Allen's Bills and Mac Jones' Pats. Damned shame Buffalo is about to go all Ozymandias on us.