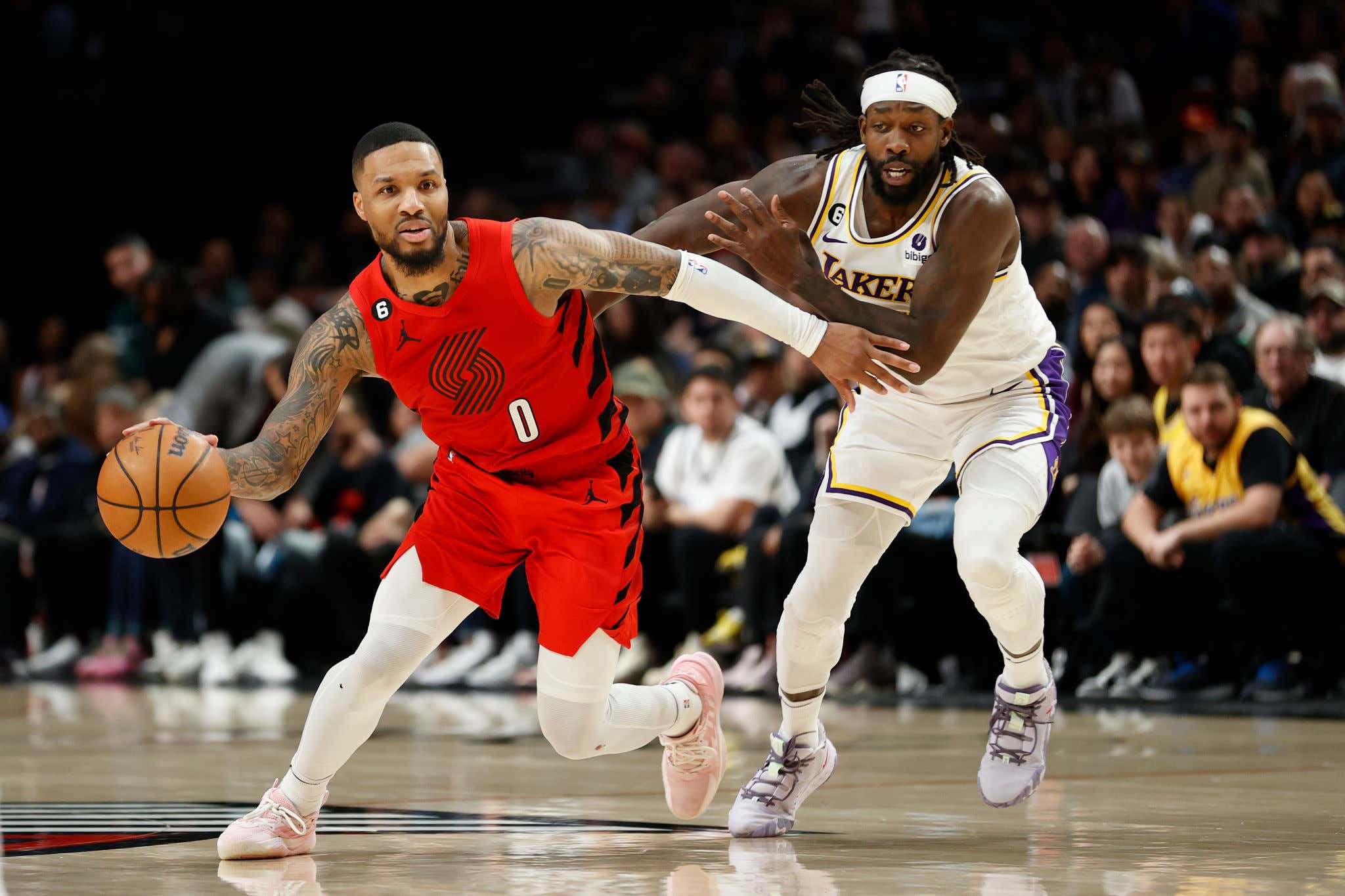 Early in the season, it looked like the Blazers were poised for a nice bounce back year. The lottery season that was 2021-22 was mostly about Dame only playing just 29 games, Nurkic playing 56, and some overall brutal injury luck. This season they got off to a 9-3 start and things looked a whole lot more like I'm sure Blazers fans were used to. They hit that 9-3 mark on November 11th, and since then?

From 3rd in the West now down to the 3rd worst record in the West. Losers of 3 straight, and just 11-10 in their own building, tensions I would imagine are a little high at the moment. After blowing a 25 point lead at home last night to a Lakers team who POR is battling for seeding, things most certainly are not great right now. Like it so often has for the Blazers, their issues remain on the defensive end. One quarter you're winning 45-13, only to immediately give it back in the 3rd by losing it 40-20. On the season the Blazers have the 21st ranked defense, and if you look at it since that November 11th date, it drops to 24th.

As the leader of the franchise, what Dame says matters. Media and fans are going to look to him for answers, even if he doesn't have any. That's nothing new, and is how things work with every franchise player in the league. Last night, it seemed to get a little heated

Here's the thing. On one hand, he's right. Dame doesn't make the roster. He doesn't decide who is or isn't traded. Not every star player wants to be LeBron in a sense that they tell the team what to do. I'm sure Dame is consulted and has imput, but that's a tricky spot for him to be in. Is the expectation there that Dame would put a teammate on blast like that to the media? At times it felt like they were trying to get a quote out of him to then go viral. The game is the game in 2023.

At the same time, it's not the media's job to be Dame's friend. This is part of the territory of being a star player. It's fair game for them to ask whatever, the same way its fair game for Dame to answer it how he chooses. It's true that these are the questions that need to be asked of the coaching staff and the Blazers front office, and who says they won't be?

Why it feels a little like a bait question is who on this planet is still questioning Dame's patience when it comes to the Blazers and winning? How many times does he say he's never leaving POR, that he doesn't give a shit about winning somewhere else and that he wants to win as a Blazer. I know we're used to stars team hopping so they can stack the deck for a chance to win, but Dame has legit been the opposite of that his entire career. Trying to maybe spark that shit after a brutal home loss is a little fucked up and you could tell it bothered him.

I'm not sure what the answer is for this team though. Their individual pieces aren't bad, but when you put them all together things clearly aren't working. It's why you hear so many people call them the Raptors of the West. As we see each year in the NBA, it's not always just about the players on your roster, it's also about how everyone fits together. As bad as things may be, the Blazers are technically only 2.5 games back of a top 6 seed. What they do these next few weeks is going to be pretty interesting.

If Dame seems frustrated in that clip, my guess is it might have a little more to do with what happened in the actual game compared to that presser. He did finish with 24/6/10, but he shot just 5-17 (3-13). A certain someone seemed to be giving him issues and then promptly trolled him about it

What sparked this you might be wondering? My guess is the moment Dame told Pat Bev he would beat his ass

Sure, right after this is when the Blazers went on their huge run, but it's a long game. Dame went 3-10 the rest of the way and really wasn't a factor. He never managed to stop the bleeding as the Lakers made their comeback, and once that final buzzer sounded and the Lakers pulled off the win, you knew what was coming

I know Pat Bev likes to run his mouth and talk his shit, but I'm afraid the data supports him on this one. He had Dame for 39 possessions last night and gave up just 6 points on 2-7 (1-6) shooting with 3 assists and 1 TO. That's about as lockdown as you're going to see against an offensive talent like Dame, so in my eyes, Pat Bev can talk all the shit he wants. While I hate to agree with a Laker, I think the truth here is important. He had Dame in jail, and when you win, you can talk.

I'm sure we'll hear all about this on the next episode of the Pat Bev Podcast with Rone, so make sure you subscribe. My guess is there will be some noteworthy quotes in that one