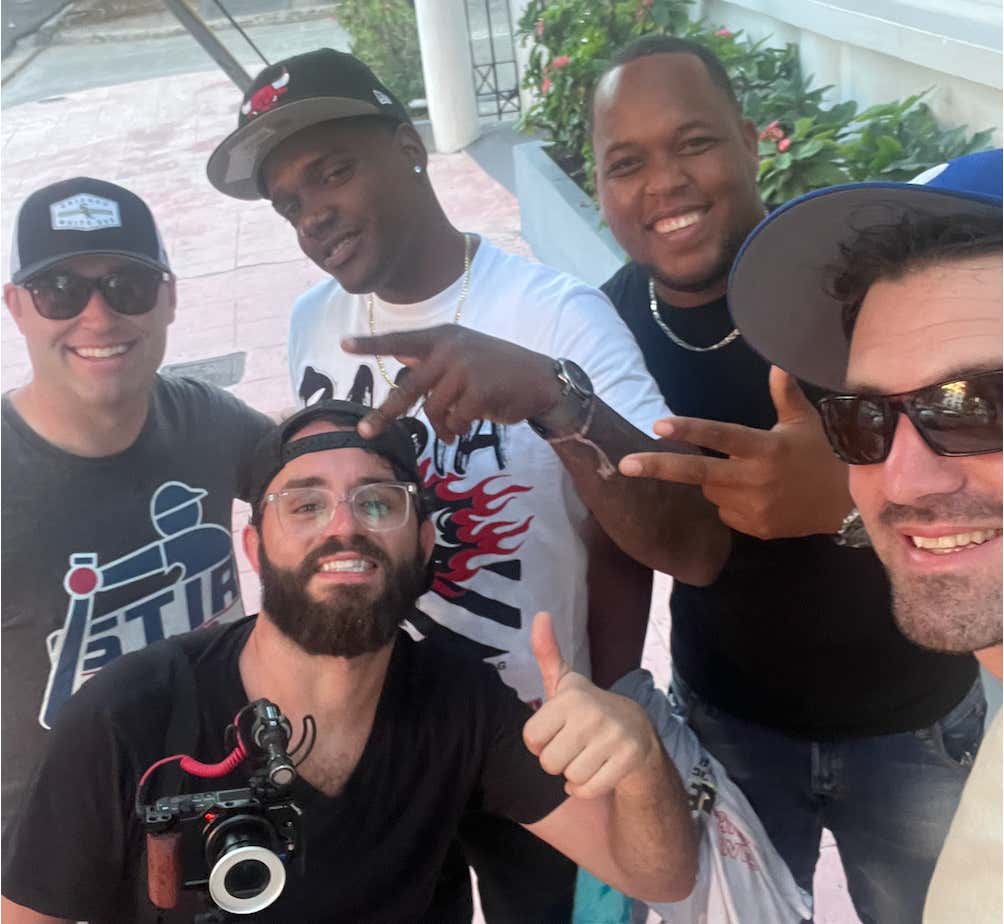 Last night, I plopped in my queen sized bed around 1:30am. Never have I ever been so happy to be in my own home, as I had just traveled from Santo Domingo, DR to Panama City, Panama to Chicago over the course of 12 or so hours while battling all sorts of Dominican diseases (food poisoning, respiratory infection, a venereal disease or 4…)

But it was also the trip of a life time. I truly think we have content gold coming out 2-3 weeks from now, especially with me attempting to communicate in Spanish for the first time in 10-12 years.

I want to give a little teaser piece on what we got coming out with this post:

To me and many of my followers, this will be the most important part. I'm not bullshitting when I say this, if you're a baseball junkie like me, you HAVE to take a trip like this before you die. Donnie and I checked out the Dominican World Series in the cities of San Pedro de Macoris (game 4) and Santo Domingo (game 5).

I'm not kidding when I say this, but the atmosphere at those games were incredible. As far as games I've attended, the only thing that comes close is the 2021 Blackout Game. It was loud, drunk, and FUN. The ENTIRE island loves this sport. LOVES it. It's truly a baseball Mecca.

Do yourself a favor and make it a point to go to DR World Series games. You will have the time of your life and see baseball in its purest form. Here are a few clips:

We also went to a youth training academy, La Academia de las Javillas. This is the type of place where stars are born. The kids wake up at 6am, eat breakfast, play baseball until 10am, eat lunch, go to English/Math/Science/whatever classes, play baseball until 6pm, eat dinner, and hit the books. They do this 5 days a week and many of the kids live in dorms at the camp. It was by far the coolest, most hyper specific baseball nerd thing we did.

Also got to take some hacks. Been a minute, and my hands didn't appreciate it.

I'll say it for the 5th time: if you love baseball, make this trip. By far the most expensive thing you'll pay for is the flight. If you go for 3-4 nights you can get by on spending a few hundred bucks total and that's without pinching pennies.

Donnie and I obviously took in some culture. And by culture, I mean one of our Uber drivers told us we should check out "La 42 de Capotillo" which, by the accounts of locals, is the poorest, most dangerous part of the Santo Domingo.

Naturally that's all we needed to hear to want to go there and shove cameras in everyone's faces.

Oh, and we went to some club(?) and smoked weed with a bunch of people. MONSTER HITS ONLY!!!

Our uber driver that originally told us about it said he'd show us the hood for US$50, so we said yes. Then he showed up with a guy that we immediately had to pay 10,000 pesos (~US$175) to be our sort of liaison to the neighborhood and to make sure they don't rob us and/or kill us. This is also after Donnie already got his wallet robbed from him by a pick pocket.

These were the types of responses we got to people who knew where we were:

Thankfully neither of the two happened and because of that, I'm sincerely glad we went. It was a whole world I never thought I'd be exposed to and seeing a culture like that was truly cool. Aside from a small amount of hairy moments where Michael Angelo and I looked at each other and said, "we should prolly gtfo out now", everyone was really nice to us and enjoyed showing off their lives.

DISCLOSURE: I was sick as fuck 90% of the trip, like I said. I had to take a trip to an urgent care facility on day 3 because I thought my appendix exploded. Thank god it was just food poisoning followed up with a nasty respiratory infection once that got cleared up…but I was hopped up on so many different (prescribed) pain drugs from the doctor and pharmacy that I got through filming. Be gentle on me. If I wasn't filming, I was in bed, under blankets, with a hoodie and sweatpants on sweating and shivering my balls off with the chills on most nights. I actually lost 3 pounds on the trip.

Still would go back though. The baseball culture is choice and the food is awesome, though I was petrified to eat most things after the bout with food poisoning. THANK YOU TO DONNIE. First time out of the country and even though my immune system got its ass kicked, it was sincerely the trip of a lifetime because of the baseball portion.

Subscribe to us on YouTube! Extra footage from the week to come on this week's Stool Scenes with bonus footage from my video in Scottsdale AZ with Francis: