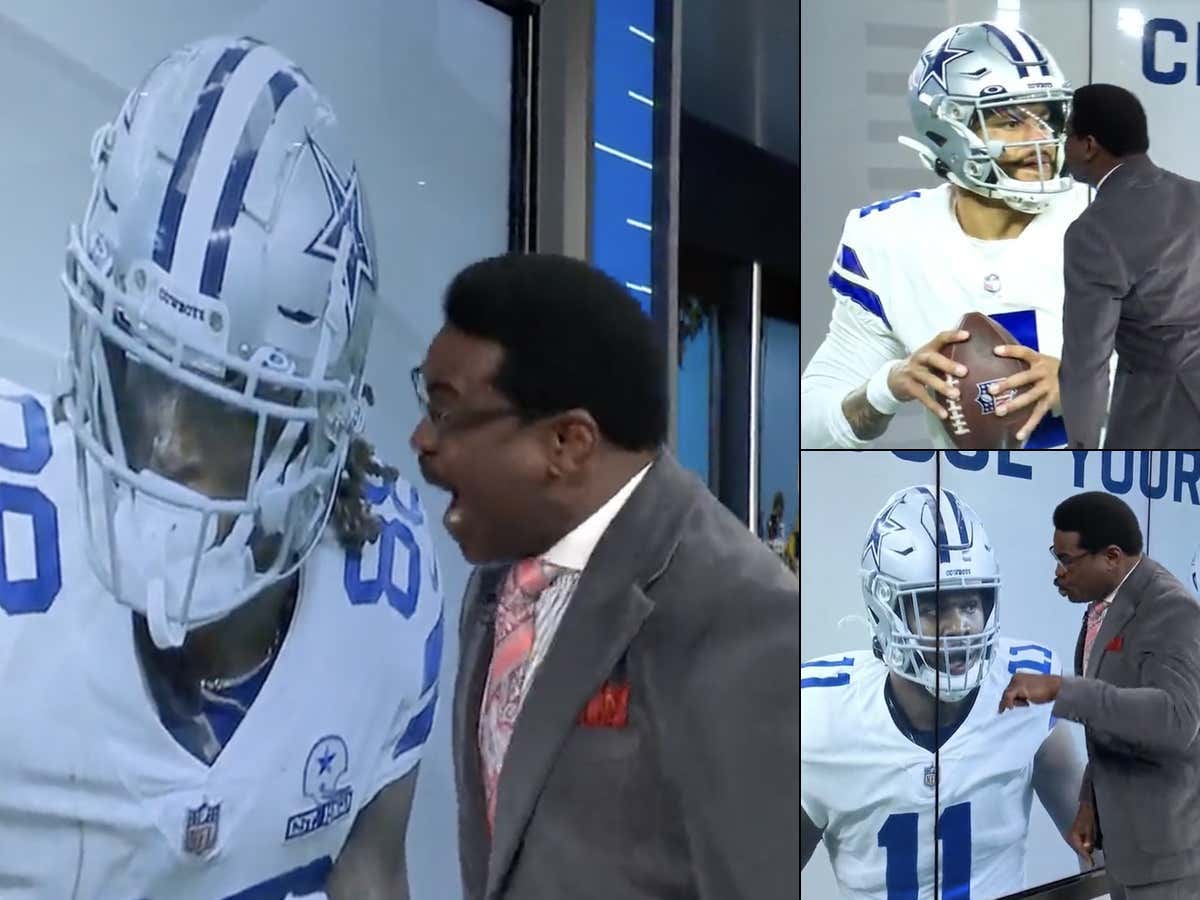 Everyone is making a big stink about Nick Sirianni showing the final battle rap in 8 Mile to the Eagles players before their game last night to fire the squad up. How do other teams follow that up? The Bills had Damar Hamlin in the locker room today, that's an easy one. Well what does a team like the Cowboys do as they get ready for a war in San Francisco? I have the answer.

Mike McCarthy doesn't have to say a single word leading up to the game today. Nope, all you gotta do today is gather everyone around the big TV in the locker room right before you head out to the field and play this clip.

There's nothing Big Mike could say to his guys today that would top what the Playmaker cooked up in those two minutes and fourteen seconds. You show them that video and Parsons sets the individual game record for sacks, Dak turns in a repeat performance of what he did against the Bucs, and Ceedee Lamb dismantles the Niner secondary.

Irvin screaming at himself from the 90s to start the clip when the whole segment was about the current players had me laughing out loud. Immediately off the rails. Drugs? No drugs? Anybody's call, but regardless that was incredible. Not even sure how you go onto another segment after that. I mean Irvin thought he was actually talking to the players there and not an inanimate object. Think he has to just leave the studio and go find a pickup game to blow off some steam.

Not showing them that video is borderline malpractice.  For gambling purposes I need to know if the team gets their eyes on this before kickoff.