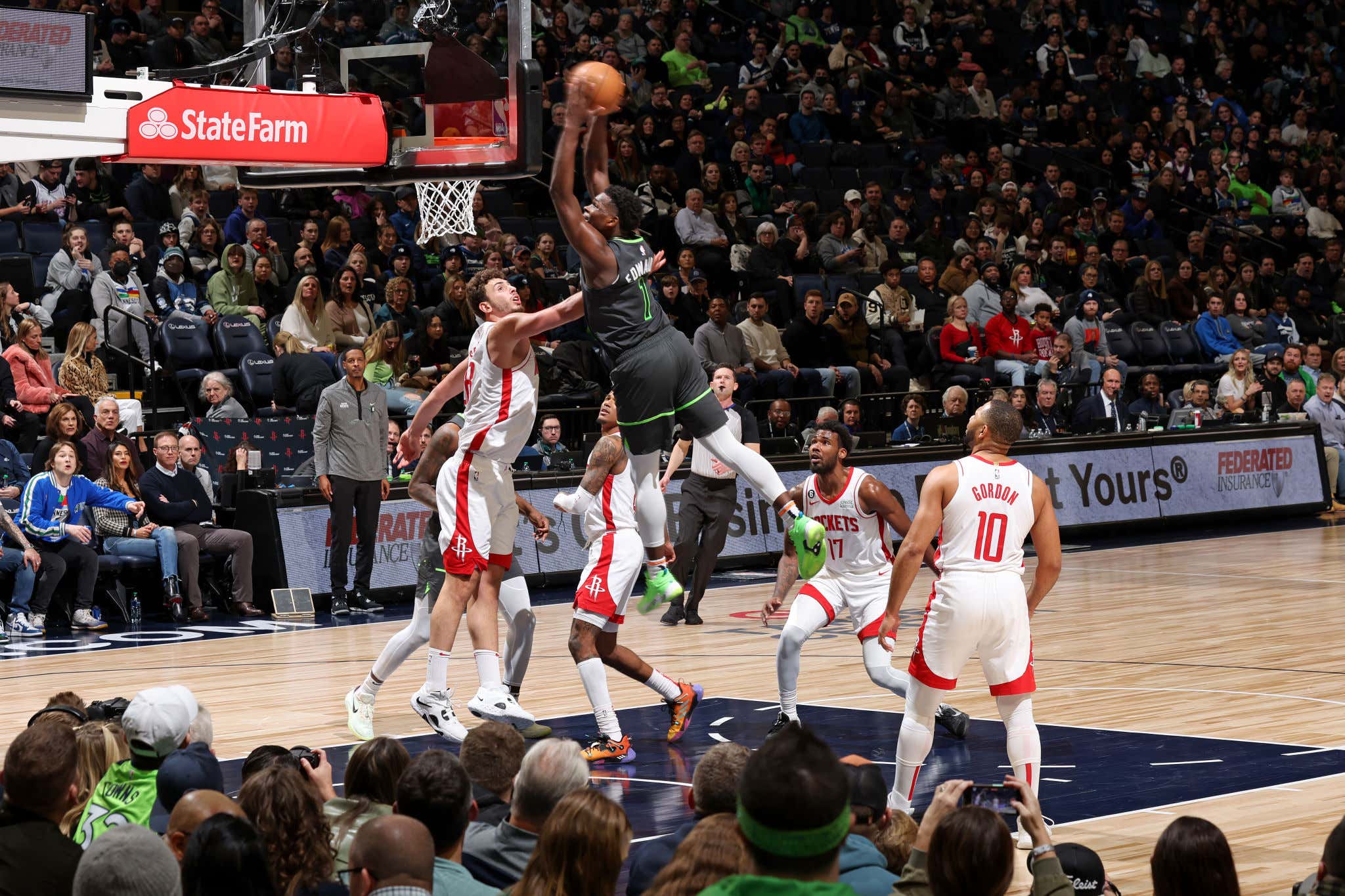 We've had some pretty good posters through the first half of the NBA season, monster dunks coming from the usual suspects

When guys like Aaron Gordon and Ja Morant play, you hope to see at least one insane dunk a game. More often than not they deliver, it goes viral and we all have fun. Well, you know what's better than one insane dunk in a game? How about two.

To find something like that, may I introduce you to Anthony Edwards and his shenanigans taking place in the Twin Cities tonight. Let's watch both and you tell me which was better.

First, we had the two handed poster over Sengun

Edwards got that high screen, ramped up the jets and we were cleared for liftoff. Not only does he fly, but he finishes that dunk with two hands, through another player, and then cleanly at the rim. Immediately it became a Dunk Of The Year candidate in my mind. Credit Sengun for challenging, but Ant went through that motherfucker with authority.

Next up, Edwards decided to bury Sengun again, this time with a one handed poster

My word. Again, credit to Sengun I guess for coming back a second time, but maybe avoid the embarrassment this time around. When Edwards gets downhill and lifts off like that, make the business decision and get the hell out of there. It's for your own good and nobody will blame you.

Now, which one was better? Man it's tough.

On one hand, the power of the two handed dunk stands out. He lifted off from right about the middle of the paint and kind of pushed Sengun through the dunk. That was crazy. For the one handed poster, that definitely looked cooler. This one wasn't so much Ant going through Sengun as it was dunking it on his fucking head. That one has more of an "oh shit" vibe to me.

Both were great, both should be in the mix for Dunk Of The Year and shoutout Anthony Edwards for having multiple posters in the same game. The Wolves may stink, the Gobert trade may be a huge disaster, but Anthony Edwards still rules. At least Wolves fans have that.