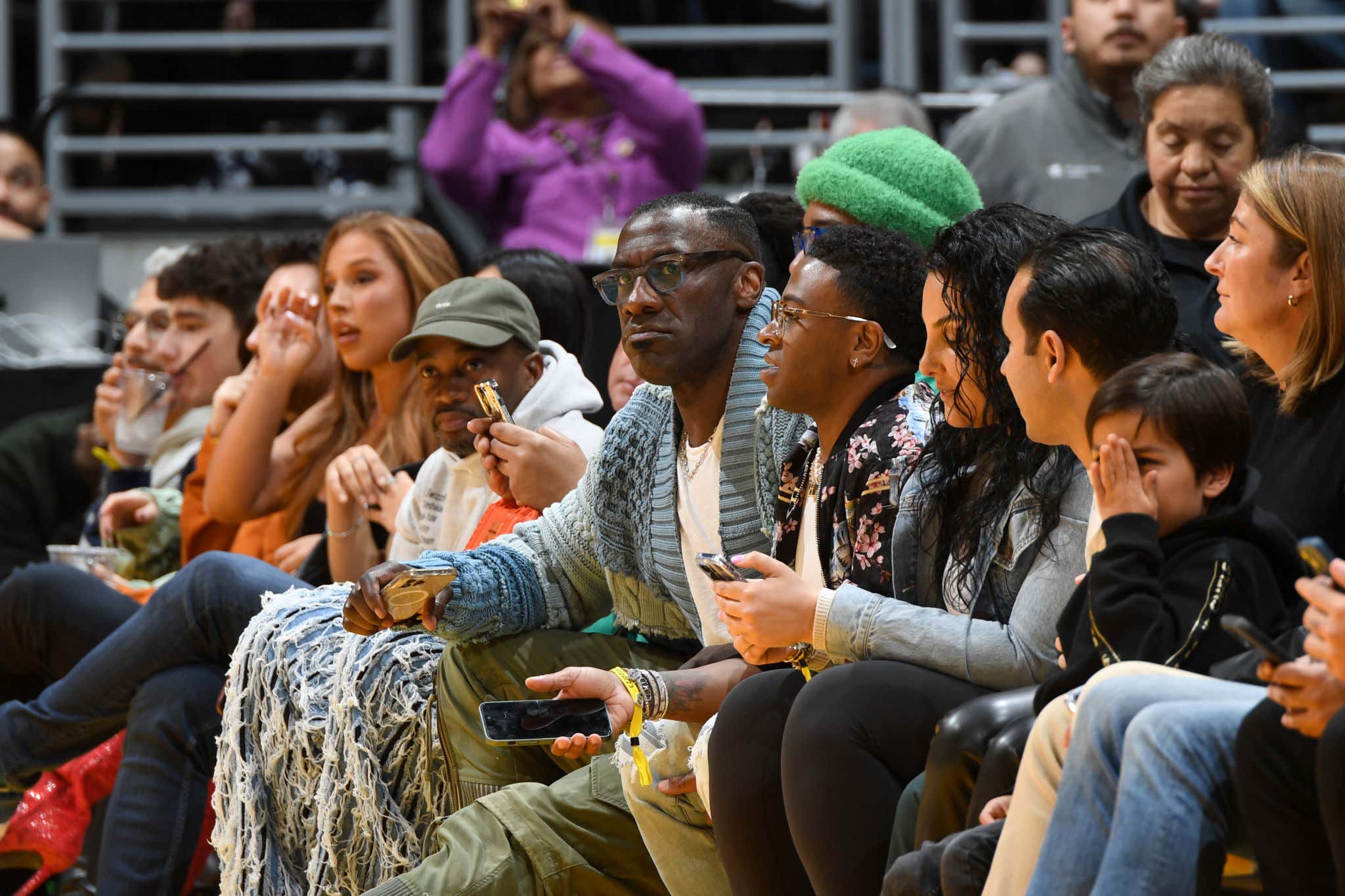 One thing you have to know about playing the Grizzlies is that they are going to talk A LOT of shit. That's part of their DNA and what makes them so fun to watch. They talk a big game and then more often than not they back it up. Sure there may be some times where it backfires, like when Klay Thompson dunked all over JJJ for his tweet after winning the Finals

but talking shit has been part of the identity of these Grizzlies ever since Ja got there. As someone who thinks pro sports could use a little more shit talking, I fully support it. The thing with Memphis is it's coming from everyone on the roster. Ja talks, JJJ talks, Bane talks, even guys like Dillon Brooks who probably shouldn't talk as much as he does will let you have it.

That became a little bit of an issue tonight in their game against the Lakers as we were heading to the half. Brooks and Shannon Sharpe, seemed to be involved in a little back and forth

That alone seems exhausting. I imagine Sharpe called him trash or something along those lines, maybe called him a dirty player. You know the usual when you're dealing with Dillon Brooks. Where things turn is when Steven Adams gets involved. I don't care who you are, you don't fuck with Steven Adams. He will crush you without breaking a sweat. Easily atop the short list of guys in the NBA you don't want to fight. I'm not sure he feels pain. He has spent years getting his dick and balls kicked in my Draymond Green, I'm pretty sure he could handle an old ass Shannon Sharpe.

As things tend to do in the NBA, this quickly turned into a classic HOOLLLDDDD MMMEEEEE BAAAACKKKK moment. Nobody does that shit better than the NBA. With Ja in the mix and things starting to elevate, it should surprise no one that Ja's Dad Tee Morant decided to get involved. Where do you think Ja learned to talk his shit? Tee Morant is an elite shit talker. Once I saw him in the mix, it did not surprise me one bit that he and Shannon had to be separated

Tee probably told him his show sucks and he gets carried by Skip. I don't watch it so I don't know if that's true, but I bet Sharpe is easily triggered by something like that. Maybe it was that the Lakers are trash, who knows.

In the end, it was a whole much to do about nothing

No Malice at the Palace 2.0. Just a talking head bringing more attention on himself when nobody asked for it. What else is new.