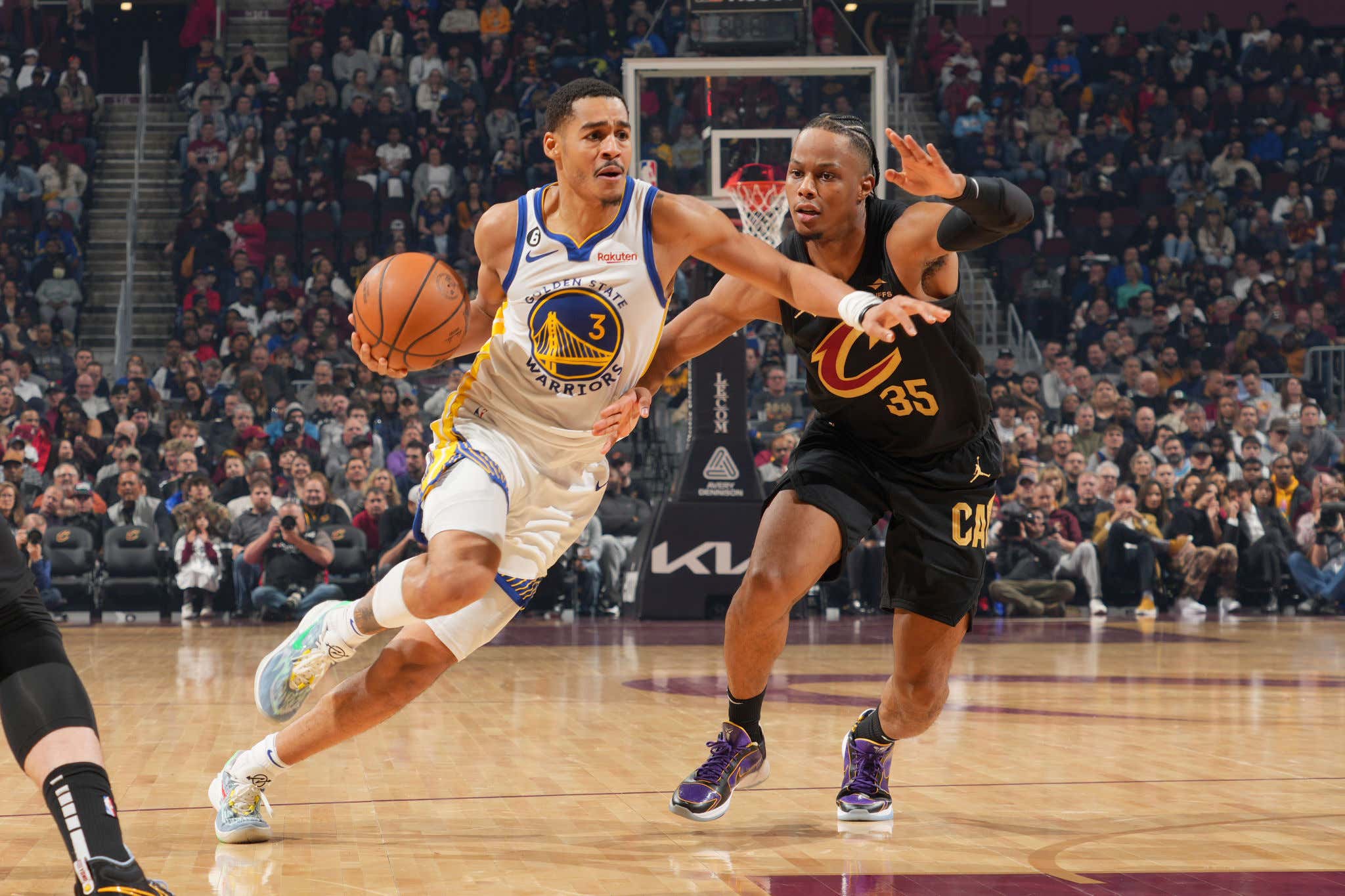 After losing in OT to the Celtics and on the last game of their 5 game road trip, the Warriors decided to sit all their good players

which as you can imagine rubbed the internet the wrong way. Load management is obviously hot in the NBA streets right now, nobody knows how to fix it, everyone agrees it's a problem and I'm not sure when either of those things is changing. The Warriors looked at this game and basically said congratulations Jordan Poole, you get to be Steph Curry tonight. Shoot whatever and whenever you want, take a bunch of threes if you want, attack the rim, it's all good. Let it fly.

Seeing as how he responded with 32 points on 25 shots, he seemed happy to oblige

Of course this shit would happen. You would think by resting all of their good players, being on a B2B in the last game of a long trip, against a team that was 19-4 at home that even without Donovan Mitchell this should have been a game the Cavs rolled. For a team flirting with the Play In, the idea that they should be taking games off didn't exactly go over well and once again, the joke's on us. That happens way too often for my liking I can't stand that shit, it's so annoying. I know this is a me problem and is purely the result of my favorite team fumbling a title against this GS team but what else do you want from me. At least I'm honest.

All this win really did was confirm to the world why teams load manage.

Granted, the Warriors were going to continue to do stuff like this regardless of tonight's outcome, but it shows why we're always going to see load management exist. While this only counts for one win in terms of their record, they get a second win due to the fact that all their main guys got to rest. Not only that, but the Warriors didn't even have to pay the price for that luxury. That in turn is only going to encourage them and other teams in the league to do it more moving forward. If the Warriors were losing these games and were dropping into the Lottery, my guess is Steph & Co are playing more. But if they win AND they get the rest? That's a scary scenario for every other team in the West.

On some level, I sort of respect the "fuck you" to the league, Cavs fans, Adam Silver etc type of performance by the Warriors. The thing with this game was it wasn't all that close for the majority of it. The Warriors built their largest lead of 20, and while the Cavs did make a run late in the 4th to make it somewhat interesting, they simply ran out of time. Pretty embarrassing for them to give up that many points to this version of the Warriors, especially when their good defenders were active.

As a team, the Cavs have now dropped two straight, are 5-5 in their last 10, and have slid down to the 5 seed. Dropping games like this at home certainly doesn't help, and for then it starts on the defensive end. This is a team that you expect to keep teams to the low 100s/slightly under 100, and they've been giving up 115+ on the regular. With Donovan out, they need to get back to getting stops.

For the Warriors, they're back to .500 and only 1.5 games out of a 5 seed. They finished their trip 3-2 which is always acceptable when you go across the coast, and next up they welcome the sliding Nets to town. Chances are everyone will be back for that one.