It almost hurts me to write this blog... Almost.

And here is the reason why... 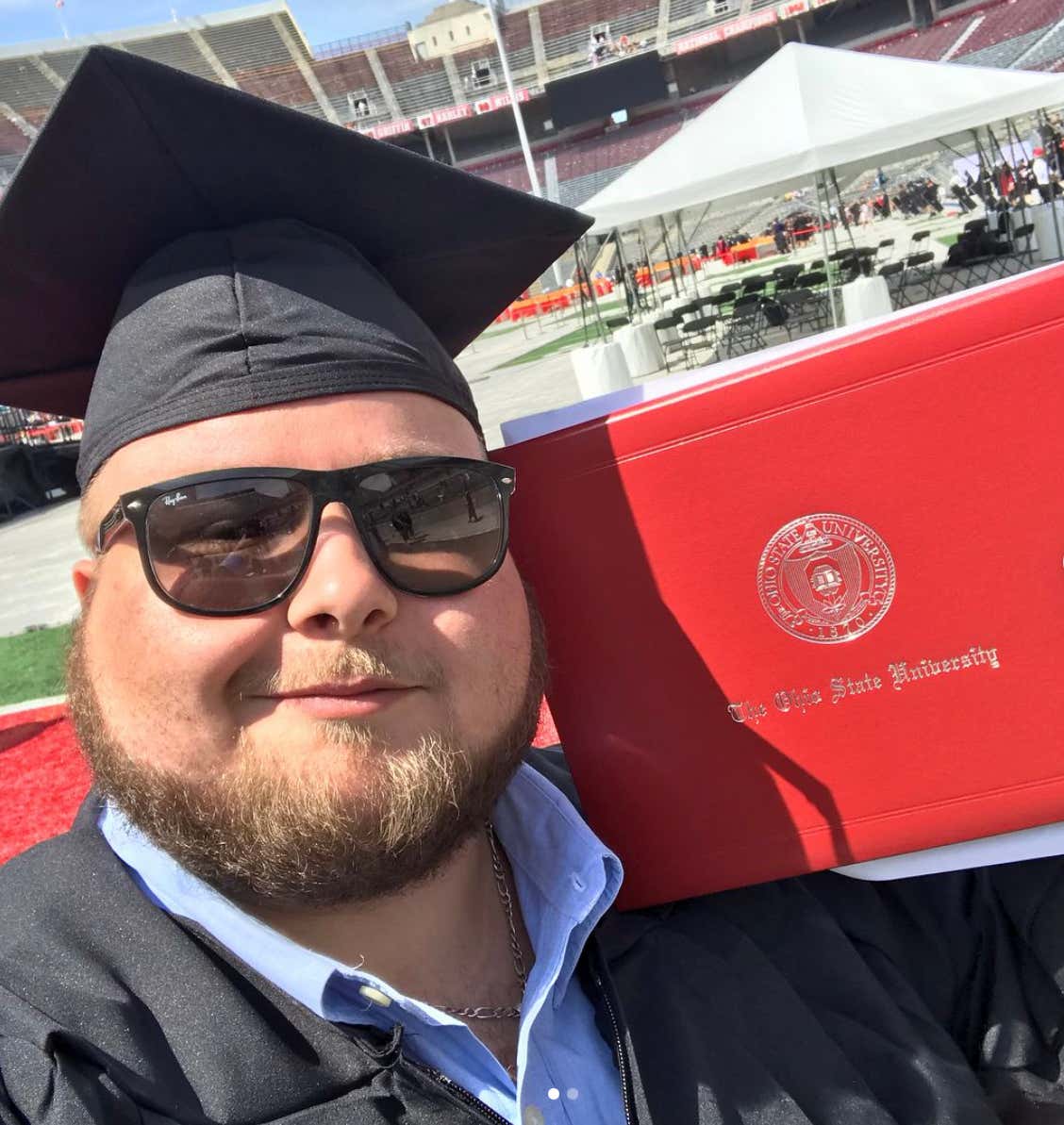 He's just a good person AND (less importantly) a proud graduate of THE Ohio State University.

Truth be told, the Double Vodka Don is one of my favorite people at Barstool, and I consider him a friend.  So writing a blog crucifying an icon from his alma mater after the pain he already suffered over the not-so-recent failures of his football team is something I take no joy in doing.

However, I just recorded a podcast detailing the greatest scumbag coaches in history. I needed a subject for the corresponding blog, so Big Ev's feelings will have to be sacrificed again. 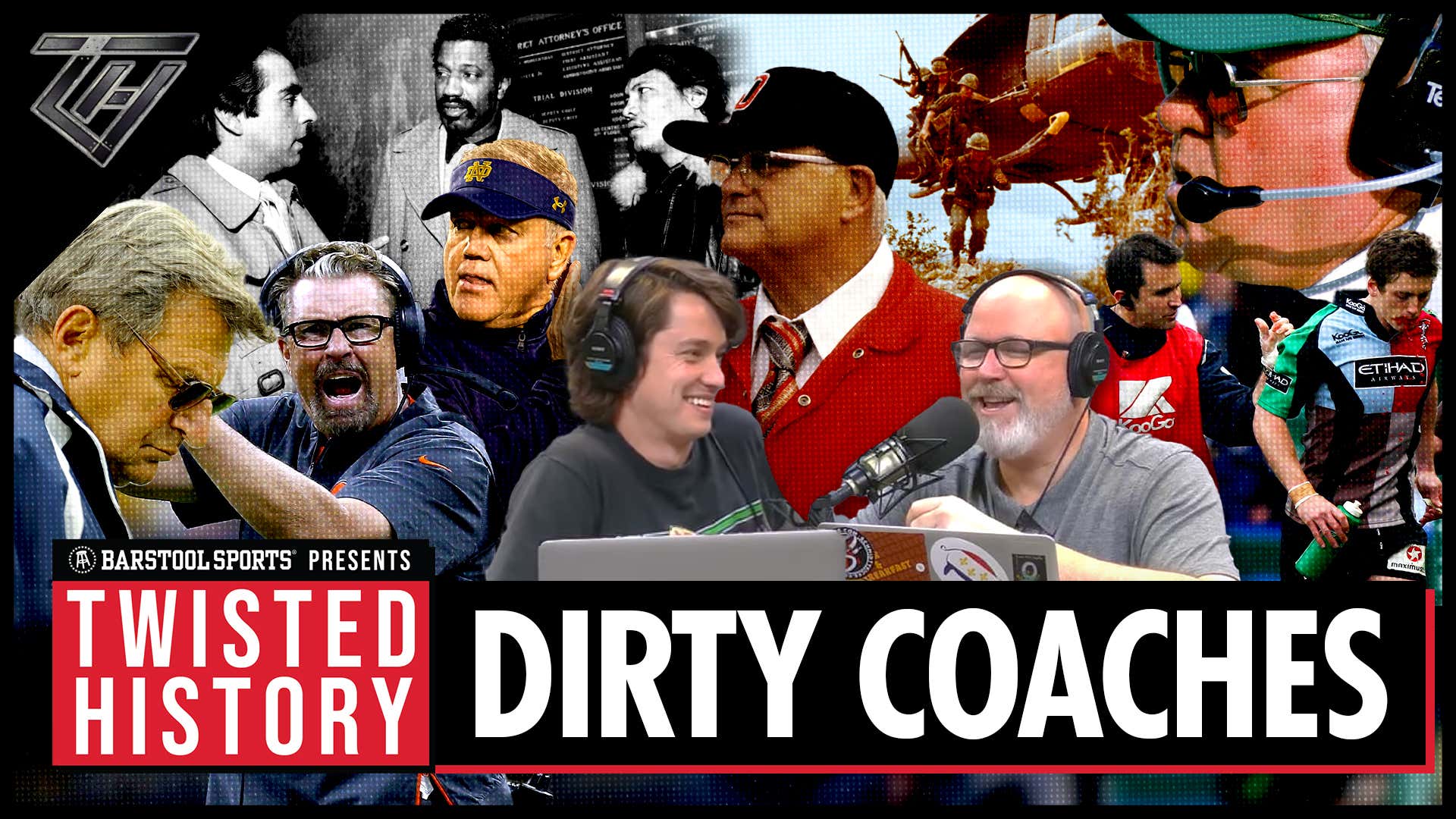 In the podcast, and in no order, I highlighted (among others) the controversies Brian Kelly had weathered, the controversy that Panama Lewis had caused, and the controversy Joe Paterno avoided by dying 74 days after his dismissal from Penn State in November 2011. 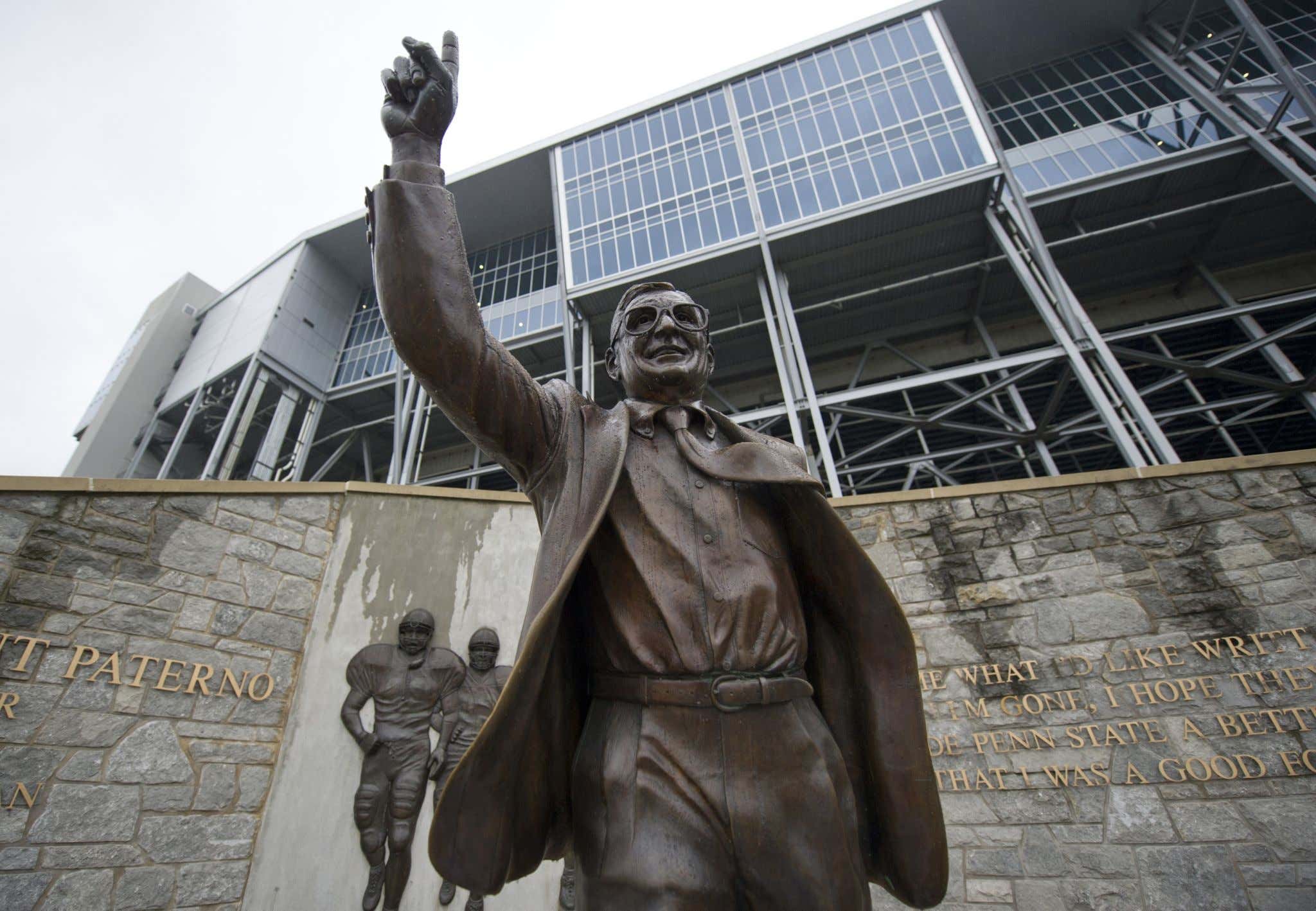 --- By the way, the inscription behind Paterno's statue reads: They ask me what I'd like written about me when I'm gone. I hope they write I made Penn State a better place, not just that I was a good football coach. … Boy, was he WAY off. ---

But I also spoke about Woody Hayes, the legendary Ohio State head football coach from 1951-1978 who won FIVE National Championships during his time in Columbus. 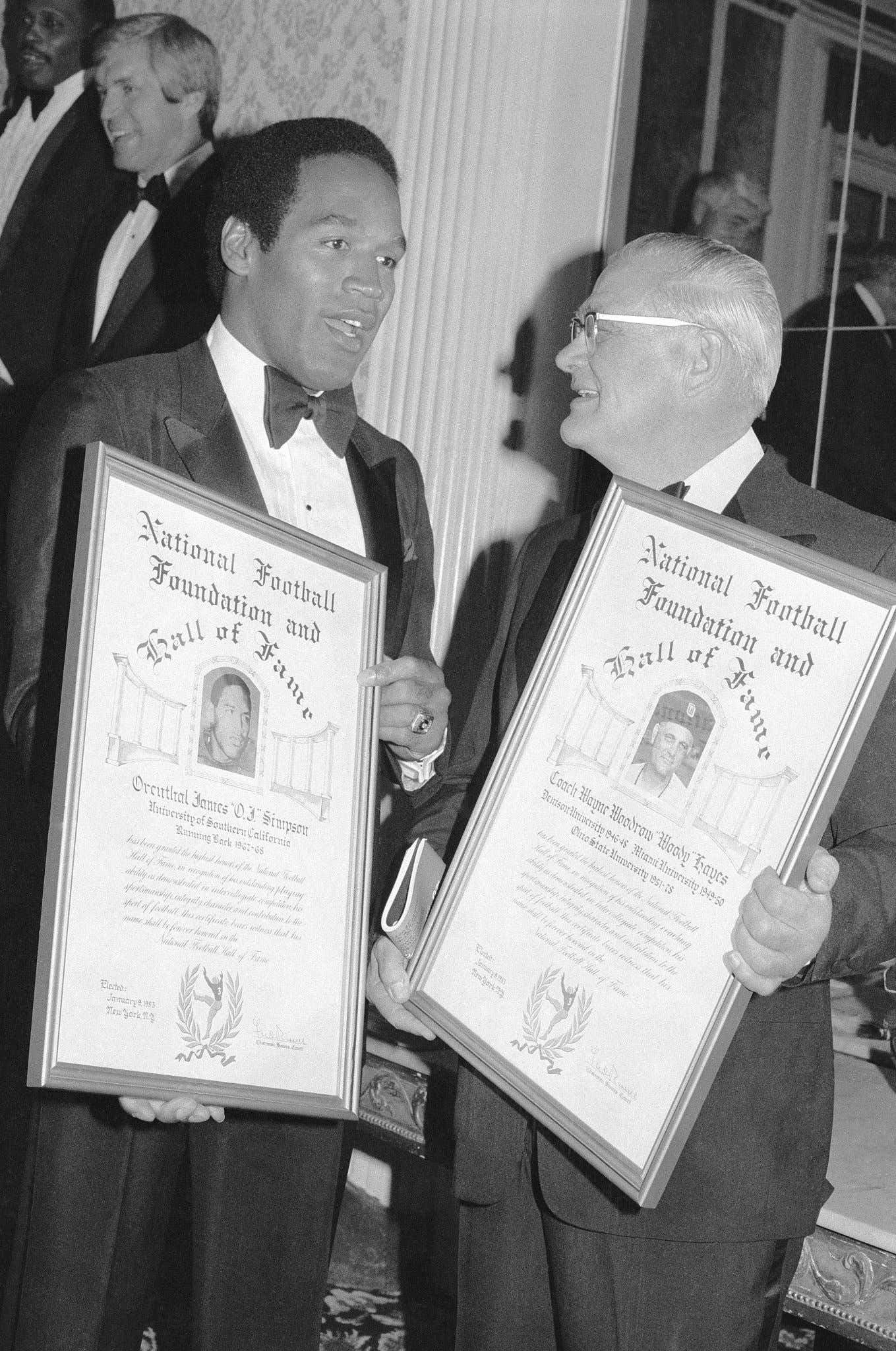 (That's Woody on the right.)

Hayes was a great coach and a fierce competitor, but also a historic scumbag, as evidenced by the response given by Barstool's foremost sports historian, Frank the Tank…

And Frank justifies his pick by citing the most prominent stain on Woody's legacy… That time he punched Clemson nose-tackle Charlie Bauman in the throat after Bauman intercepted an Ohio State pass in the waning moments of the 1978 Gator Bowl.

But there are a handful of other infractions that checker Hayes' resumé, and I am going to share one more.

Much like me and Frank, Woody Hayes was a HUGE fan of history.  And because of his knowledge of military history in particular, Hayes in the early 1980s hosted the broadcast of six World War II films for a local station in Columbus… Among those movies are some of my favorites- Midway, Tora! Tora! Tora!, and Patton.

And much like me, Hayes also gave historical perspectives related to each flick… Depending on the movie, his commentary was taped in historic locations like Fort Knox or West Point.

Nothing scummy about that so far, but I am just setting the table to let you know that well-known Coach Woody Hayes was also a well-known historian who was sometimes asked to comment on current events.

So it should be of little surprise that while speaking at a football banquet, Hayes was asked to comment on the recent My Lai Massacre.

--- For those who may not know, the My Lai Massacre was the mass murder of unarmed South Vietnamese civilians by US troops during the Vietnam War.  Between 347 and 504 unarmed people were killed by U.S. Army soldiers… Victims included men, women, children, and infants. I won't go much deeper into the matter, but some of the women were gang-raped and their bodies mutilated before being killed, and there were also some equally mutilated and raped children who were as young as 12.

This war crime was later called "the most shocking episode of the Vietnam War”… And My Lai was the largest publicized massacre of civilians by U.S. forces in the 20th century. ---

And at a football banquet in 1969, Hayes spoke about the event stating that the Vietnamese men in My Lai deserved to die, and he went on to say- “And I wouldn't be so sure those women were innocent. The children are obviously innocent – if they are less than five.”

So on top of the multiple on-field assaults and naked press conferences, throw a little pro-massacre rhetoric onto the already-overflowing pile of evidence that Woody Hayes was a historic scumbag… And if you wanna hear more about some of the worst coaches of all time, you can click that link below.

Apologies to Big Ev… And good luck to the Buckeyes on landing Bronny James.